Your Economic Ignorance Screws Up All Of Us 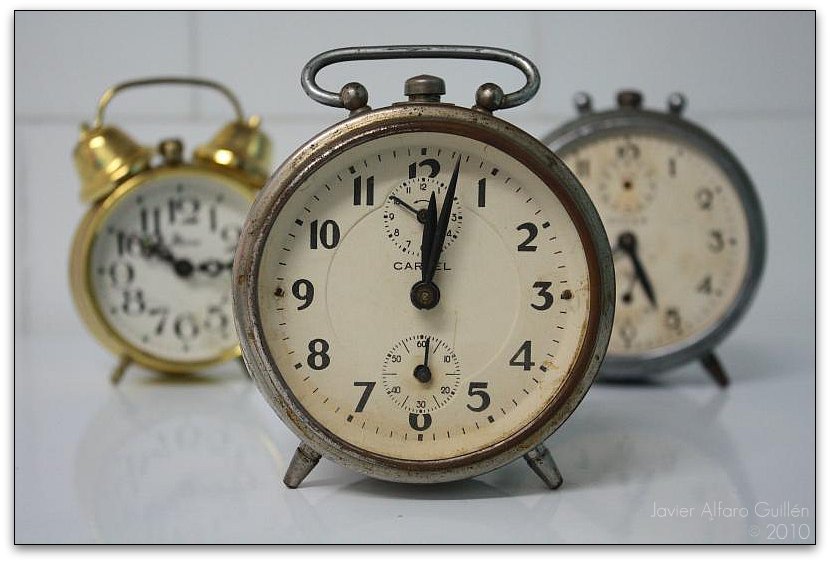 Innovation increases productivity and frees up TIME for more innovation!

Seems like pretty much everybody holds a low opinion of economics. It’s boring. Economists are boring. Their predictions are almost always wrong, and they’re constantly trying to force us to understand all sorts of arcane, mind-bending mathematics. So who cares? We can all roll merrily along through the rest of our lives without bothering to learn anything about economics, right?

That’s a frighteningly misguided and dangerous conclusion. Economic ignorance is bad for you at a personal level, and even worse at a societal level. I won’t contend that we all need to run right out and get a PhD in Economics, but we do need to get a grip on the fundamentals. And you don’t need any math at all to do so. It’s the economic way of thinking that counts.

For today, I’ll take you on a quick tour of how economics started down the road to getting a such a bad rap to begin with and earned the nickname, “the dismal science,” and then shed some light on one of the most pernicious economic misconceptions out there – namely, the impact of innovation. In future episodes, I’ll return to this theme and rant about other widely-held economic fallacies that are screwing up the country.

First, some history of how economics got off on the wrong foot and earned such a lousy reputation. Adam Smith, who pretty much got it right, is generally regarded as the father of modern economics. Many of the concepts he first articulated are spot-on accurate and still extremely relevant and influential. That’s proven by the fact that nearly 250 years after publication, virtually everybody has at least heard of his 1776 book, “The Wealth of Nations.” It’s certainly famous, but in the 75 years or so following its publication, it was more like infamous. I’ll share two examples that ran directly counter to Smith’s insights.

Thomas Malthus was an English cleric and scholar who was highly regarded in his lifetime as an expert in economics. His 1798 book, “An Essay on the Principle of Population” predicted that a growing population would outstrip the food supply. He contended that as more food got produced, the population would grow to the point where there was not enough food. This process would continue indefinitely, ensuring a permanent state of starvation for all. Whoa… Try to come up with a more dismal prediction than that!

Then there was Thomas Carlyle, a Scottish philosopher. He was the one, back in 1849, that actually coined the phrase, “dismal science,” with regard to economics. Get yourself ready for this now… The title of his publication in question was “Occasional Discourse on the Negro Question.” In it, he aggressively railed against an emerging notion from some of the thinkers of the time, most notably John Stuart Mill. Mill believed that it was not race, but social and political institutions that were behind the fact that some nations got rich while others remained poor.

Carlyle disagreed. He argued that Britain needed to re-establish slavery in the West Indies so the productivity of the area could be restored to what it once was. He believed that zero cost labor – that is slave labor – was the only possible source of increased productivity. He adamantly opposed what he called the “hypocritical philanthropic movement for the emancipation of West Indian slaves.” Nice… Hold that thought about “productivity” also.

So here we have two examples of early erroneous economic thinking based on Adam Smith’s original, brilliant insights.

WAY too many people, like Malthus and Carlyle, simply don’t genuinely understand the terms. Let’s focus on what is probably the very first economic concept we are all exposed to. I remember my own experience with it back in 1960-something at St. Isidore School in Quakertown, PA. We were studying history and how advances in technology provide the opportunity for people to have more leisure time.

Sound familiar? Somebody invents a better a way to grow wheat and all the peasants can now take Saturday afternoon off to work on their sun tans or guzzle mead with buddies down at the local tavern.

True enough! But it’s also the pernicious misconception I referred to earlier. It’s only a small fraction of the full story, and the least socially significant fraction at that. But sadly, it is the only fraction that most people seem to understand. 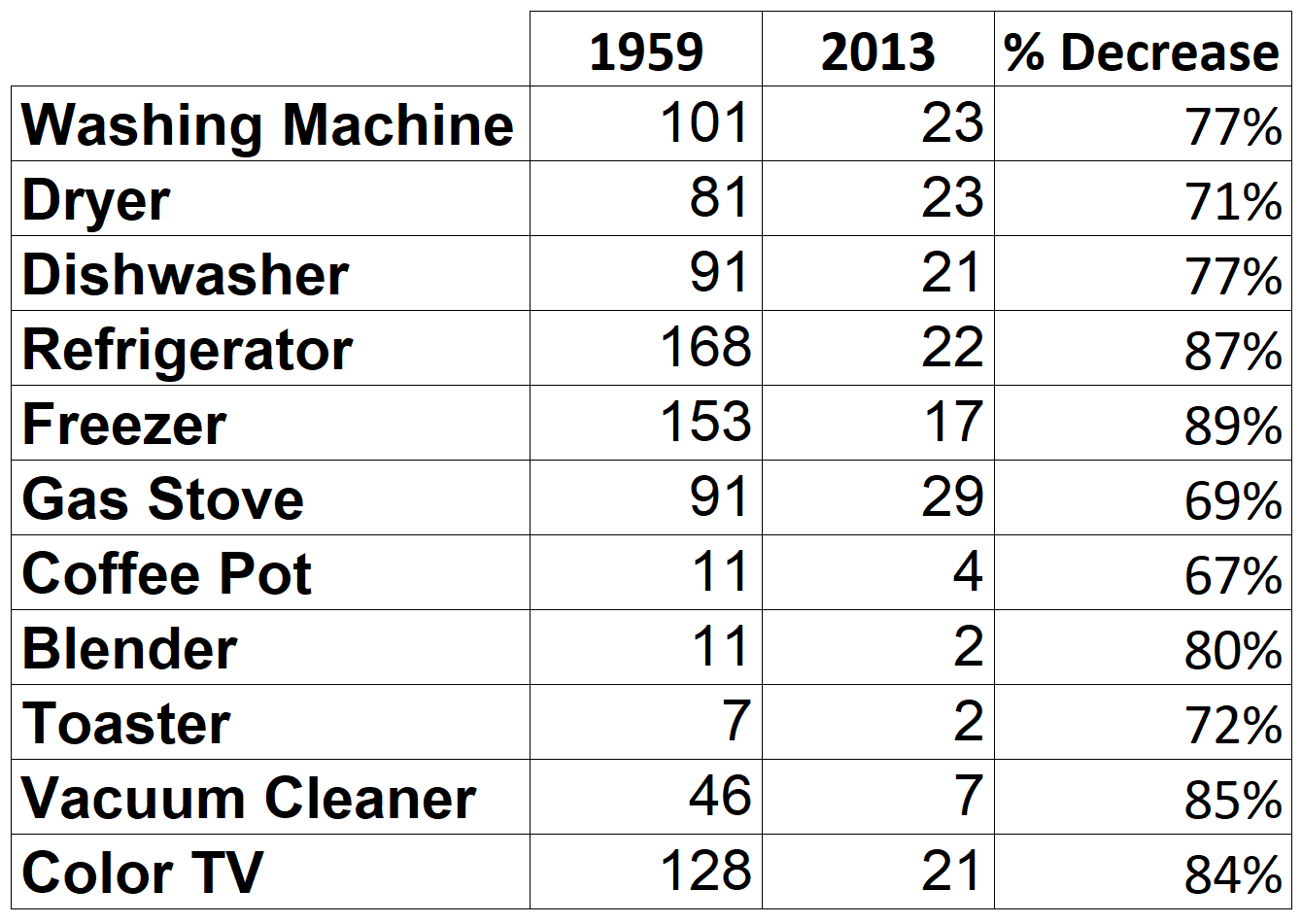 Comments on the intentionally Vicarious You don’t know how good you have it episode provide a great example. In that episode, I noted the precipitous drop in the cost of a variety of common household items due to innovations in their production. Of the negative comments on that episode, virtually all of them included something along the lines of this one…

“So you take the availability of inexpensive modern conveniences as proof that quality of life is improving? Try telling that to the underprivileged.”

This is, in fact, what a small slice of the human population has done for centuries, particularly the last two centuries. As I noted in the You don’t know how good you have it episode, in that time frame:

All of that and more from innovation leading to enhanced productivity leading to freeing up time to focus on creating the next innovation.

So learn some economics! Open up your mind to the economic way of thinking. Sure economics can be a dismal science. But only if you limit yourself to dismal thinkers like Malthus and Carlye and the knucklehead who wrote the comment I shared earlier. Start educating yourself a bit more by listening to a few episodes of the EconTalk podcast, or if you prefer to read, the EconTalk website. You’ll find loads of other references and resources there. And you can avoid the math entirely without missing a thing. You owe it to yourself; and to everyone else around you; and to everyone else who will follow you on the planet.

I’m your Intentionally Vicarious host, Todd Youngblood – hoping I opened up a little economics door in your mind – because if I did, we’ll all be a bit better off – and we’ll be able to have more fun than anyone else we know.