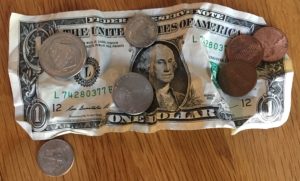 We’re awash in commentary about income and wealth inequality. To many it’s not only “unfair,” but also “deeply troubling,” “morally wrong” and “profoundly objectionable.” Even if those things are true, working to reduce income & wealth inequality is a waste of time & effort.

Does that make me sound like a heartless, venal ogre?

Maybe… Probably… But slip your brain into gear for a few minutes and think hard about two points:

Let’s take a deeper look at both points.

Inequality is an unequivocal hallmark of human progress

Let’s go back a 150 years or so and think about 10 hypothetical wheat farmers. Each has 100 acres and the exact same technology, plus 5 cows and a bull to help feed the family. These farmers start out utterly equal in every way.

One day, Farmer 1 brags to Farmer 2 that he had gotten sick and tired of stepping in cow poop, and had discovered a foolproof way to avoid doing so. He simply fenced off a 5 acre section of his land and kept the cows confined there. Problem solved! (…and a side note here, innovation improved the quality of Farmer 1’s life.)

Farmer 2 was impressed and copied the technique. (…another side note here, that same innovation also improved the quality of Farmer 2’s life.) After a few months, Farmer 2 noticed that the wheat near the cow pen was healthier, grew faster and had more grain per stalk. He then decided to do something really gross. So disgusting that he hid it from his neighbors so they wouldn’t make fun of or shun him. He started spreading his cow poop throughout his entire wheat field. (…yet another side note, here’s another innovation.)

He quickly ran out of cow poop, so he offered to haul all of Farmer 1’s cow poop away, thus recovering that 5 more acres of land for growing wheat. Farmer 1’s quality of life goes up again because he now has 5 more acres to grow wheat. Farmers 3 through 10 hear about this new cow poop removal service and quickly sign up. (…side note time again – one simple innovation has now led to improved quality of life for all 10 farmers.)

The following year, Farmer 2 harvested way, way more wheat from his now-fertilized fields than his 9 neighbors. He therefore made way, way more money as well. The income inequality was HUGE! That second innovation, based on creative observation of the first innovation, plus dumb luck and a bit of extra work, generated a boatload income inequality. Is that horrifying? Is it “unfair, deeply troubling, morally wrong and profoundly objectionable?”

Ummmm… All 10 of the farmers are better off. And yeah, Farmer 2 is now richer than the other 9. That’s bad? Or is it just an inevitable side effect of improving quality of life for everybody?

For the record, it indicates that inequality is an unequivocal hallmark of human progress and an inevitable side effect of improving quality of life for everybody!

You’d have to be an idiot to not crave more innovation. If I’m not smart and/or lucky and/or industrious enough to innovate myself, I sure as hell want to have more guys like Farmers 1 &  2 living nearby. Especially if I’m like Farmer 8, who got sick as a child and simply does not have the physical strength to do farm work as effectively as the neighbors.

And don’t forget to think through the fact that, just like my example innovation #1 that spawned innovation #2, it in turn will spawn innovations #3 and #4 and on and on in an ever-expanding web of innovation on innovation. Every single one of them not only enables more innovation, but also incrementally enhances quality of life for everybody.

So to summarize point #1:  Innovation generates human progress. Innovation improves quality of life for everybody. And as a side effect, innovation also creates income and wealth inequality. Get over it! That’s exactly what you want!

“But what about inherited wealth?”, you ask.

Isn’t it “unfair, deeply troubling, morally wrong and profoundly objectionable” that Farmer 2’s kids get all that money simply because they had the right daddy? Maybe… Maybe not… That leads me to the second point.

Wealth will get redistributed eventually

To phrase it bluntly, if Farmer 2 himself, or his kids don’t piss away the family fortune, their kids almost certainly will. If any of the loot makes its way to the 4th or 5th generation, they’ll for certain finish the job of wealth squandering. According to the Williams Group Wealth Consultancy, 70% of wealthy families lose their wealth by the second generation, and a whopping 90% by the third. Study after study confirms these statistics.

Cornelius Vanderbilt may or may not have been a “Robber Baron,” but he was worth $2.2 Billion in today’s dollars when he died in 1877. A shining example of both income inequality and wealth inequality if there ever was one. Fast forward to the 1970s Vanderbilt Family Reunion attended by some 120  Vanderbilt descendants. As per CNN Money, there were exactly zero millionaires! (Note that after 100 years, it was all 3rd and 4th generation-ers.)

Huntington Hartford was heir to the A&P grocery chain fortune. His income according to The New York Times was $1.5 million per year. In 1940, the Hartfords were ranked among the country’s wealthiest families by the Securities and Exchange Commission. Huntington eventually declared bankruptcy.

Peter Pulitzer, grandson of publishing magnate Joseph Pulitzer, had a net worth of $25 million according to his 1982 divorce filings. Fast foward a few years… If not for loans and financial support from his ex-wife’s husband, he and his two sons would have lost what remains of their business. (How low can you sink? From $25 Mil in the bank to being financially dependent on your ex’s new lover. I’m not sure “humiliating” captures it.)

In 1850, Bernhard Stroh immigrated to the U.S. from Germany and set up a brewery. In the late 1980s, Strohs beer was the 3rd-largest brewing company, according to Forbes, and the Stroh family fortune was $700 million. Try to buy some Strohs today. Can’t be done. The company is toast, and the family fortune is kaput.

If Ebenezer Scrooge had not reformed, and remained a selfish curmudgeon for his entire life, his fortune would have gotten redistributed – probably really quickly. His only living relative was his kind-hearted nephew Fred. Fred would have been just like Warren Buffett and Bill Gates, giving away his billions.

Be it due to philanthropy, profligacy or plain old stupidity, the wealth of all individuals will eventually get redistributed.

Same goes for corporations. How many companies of the 1955 Fortune 500 still exist? The answer is 60. That’s a 12% survival rate. Every year, 30 or so of the biggest, baddest, highest-flying corporate giants go bye-bye.

How about the S&P 500? Firms in this index are hand-picked as benchmarks of exemplary corporate performance. Currently, S&P 500 companies hang in for about 20 years and the trend is headed toward only 14 years. That means in 10 years, half of today’s list will be outa’ there.

Family fortunes, corporate fortunes – they’re all the same. They all get squandered away. Eventually, ALL OF IT gets redistributed – for free!

Here’s the only sensible set of rules, and there are only four: