Why You Want To Do Your Own Podcast

My guest on the Intentionally Vicarious podcast today is me! The IV Podcast is, after all about having more fun than anyone else you know, and I am the self-appointed Senior Master Chief of having fun. This episode is all about how being a podcaster is yet another route to “Fun Master” status. (…and in my case the roles of Newt Gingrich and Barbara Boxer)

I’ll start with a personal example of “work-leading-to-fun” and follow that with a formula you can start using right now. 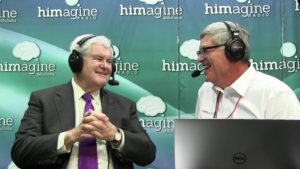 The end of the personal story is my back-to-back podcast interview experience with former U.S. Senator Barbara Boxer and former Speaker of the U.S. House of Representatives, Newt Gingrich. The story starts with my very first real job when for some unknown reason, IBM hired me as sales rep. That’s when I began to learn the art of asking lots of questions, listening, thinking and then appropriately responding, i.e., the essence of sales. 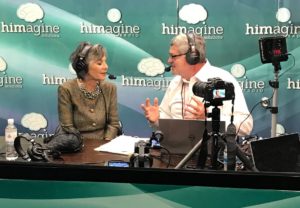 Somewhere along the line, I also realized that opportunities of all possible flavors passed my way in an unending parade. Like anyone, I grabbed a few. In particular were those that fulfilled my passion to talk. A sales career certainly fit that bill, as did consulting and chances for public speaking, and getting interviewed by magazine journalists. Then out of the blue one day I got a call with a offer to do a different kind of interview – for a podcast. Sounded cool. And it was! Cool enough that I shifted my consulting business to include being a podcast interviewer…

…which eventually led to Barbara & Newt walking half-way across the ginormous Los Angeles Convention Center to talk to me. Who’da’ thunk it? And yeah. It was fun. And I got paid for it!

And now the formula:

How to create your own podcast

This one is easy. Listen to Cliff Ravenscraft, read his stuff and go to (at least) one of his seminars. Seriously. That’s it. He is, in fact, The Podcast Answer Man. The guy lives, eats and breathes this stuff. If he can’t answer your podcasting question there isn’t an answer …yet. He’ll figure it out though.

My interviews with Newt Gingrich and Barbara Boxer…

Former U.S. Speaker of the House of Representatives Newt Gingrich:

Publication pending release by the Senator…