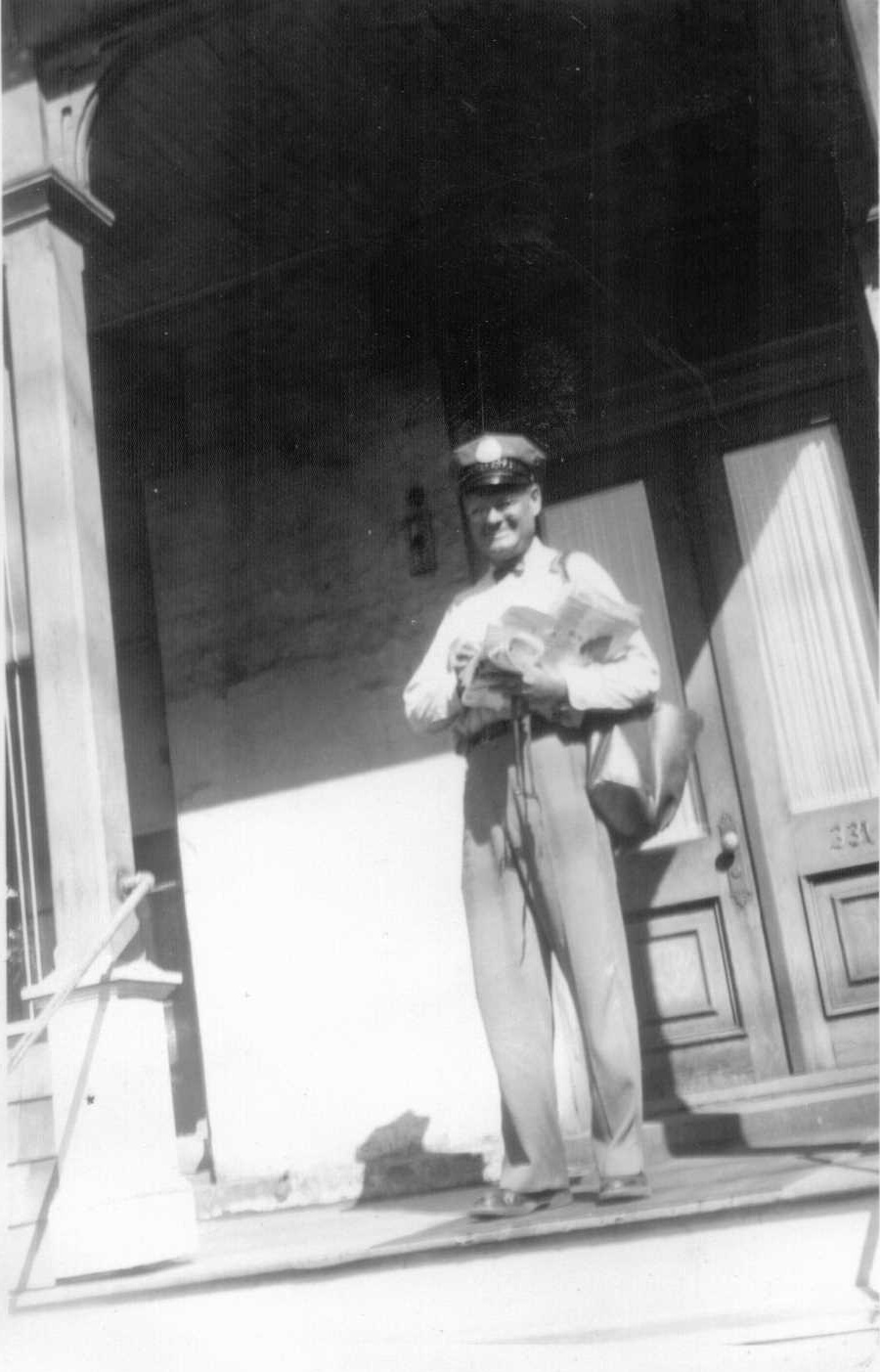 My Grandpa was a mailman! …and proud of it!

While I’m nowhere even close to an extremist tree-hugger, I do believe we all need to “Think Green” and be conscious of our personal environmental impact. This is especially true with regard to simple things we could all either start or stop doing. One of these simple things hit me right between the eyes one morning last month. First a bit of background…

I live in a neighborhood of 60 or so townhomes which has a centralized mailbox kiosk. Each of us has our own little mailbox within the larger structure. This setup enables our mail-carrier to park the USPS truck at the kiosk and deliver all the mail without the need to visit every single home.

Then it hit me. All of it! I had just walked out to the community mailbox, unlocked my little cubby hole, took all the stuff out of it, looked through it for anything worth anything, and then threw all of it into the trash before I even opened a single item or actually got back inside my house!

That got me to wondering how much stuff that comes to me in the mail actually has any value to me. So over the course of the last month, I counted. Turns out that only 2.8% of the pieces of mail I got ever made it through my door. The other 97.2% was pure, unadulterated junk mail.

Admittedly though, I’ve made an effort to receive and pay all my bills electronically, and virtually all of my communication is via electronic means, so I figured maybe I’m an unusual case. Not so much it turns out. The best estimates I can find indicate that the national average is “only” 94.4% junk mail. In other words, 17 pieces of mail out of 18 are junk. I’ve got a question for you…

Does it bother you to realize that 95% of the work of a federal agency with over 617,000 employees is dedicated to delivering garbage to our homes?

Oh, and it’s worse than that… According to Edward Humes, author of the book “Garbology: Our Dirty Love Affair with Trash,” the energy used to create and distribute junk mail in the US for one day could heat a quarter of a million American homes! According to ForestEthics.org, the factories that create and ship out junk mail are responsible for carbon emissions equivalent to about 9 million vehicles! And what about the trees cut down to make all the paper junk mail is printed on? That would be about 100 million of them every year! I wonder how much air pollution gets pumped out by all the Post Office trucks? The latest data I could find is from 2010 when the USPS burned up the equivalent of 146 million gallons of gasoline.

How come the Green New Deal crowd isn’t clamoring to shut down this massive, pollution-generating machine also known as the U.S. Postal Service?

And it gets still worse! In 2019, the United States Postal Service posted a loss of over $8.8 Billion. Over the last 10 years, the USPS has lost more than $66 Billion. On top of frittering away on average $6.6 Billion annually, the Post Office is deep in debt – to the tune of $11 Billion. Can you even wrap your mind around these gigantic numbers?

(And just for the record, these numbers are no big secret. I got them from the USPS web site!)

Not that there aren’t arguments in favor of a Post Office run by the federal government… I’ll run through the most common ones, and – surprise, surprise – offer an opinion regarding their validity

1) Many Institutions Are Dependent On the Post Office – Local governments send jury summonses, vehicle registration renewals and other important documents by mail. Voting by mail is widespread in the United States. Colorado, Oregon and Washington hold all their elections by mail.

Fine. Are you really going to tell me that any of those things cannot be accomplished via the internet? Of course, doing so will require a process conversion – and God forbid – it will require people to CHANGE! Please… Let’s just do it. Let’s take a $1 Billion or so and instead of throwing it down the USPS rat-hole in 2020, develop new processes and systems and make it happen.

2) Rural Americans Have No Alternative To The Post Office – It’s true enough that back in the year 2000, essentially 0% of the folks in rural areas had access to broadband internet for communications. But have things changed since then? Ummmm… yeah… Today about 63% of rural households do have access. For comparison, 75% of city folk and 79% of suburbanites have internet.

How about we provide – on average – 10 or so public workstations in whatever percentage of the 31,324 Post Offices that are located in rural areas? My “Total Cost of Ownership” data is admittedly a bit dated, but 10 workstations X 31,324 Post Offices X $2K per year is about $630 Million annually. Actually, instead of having the federal government foot the bill, why not charge a small hourly fee for usage & turn it into a money-maker for we taxpayers!.

3) Package Delivery in America is Deeply Dependent Upon the Postal Service – FedEx and UPS outsource package delivery to the USPS for the sparsely populated rural areas.

Yeah, they do. You know what? Screw ‘em. Let private enterprise figure it out instead of having the taxpayer finance their customer service challenges.

4) The Universal Service Obligation – Private carriers can decide to not serve certain areas. The USPS, however, is obligated. What about, for example, regular and prompt delivery of medications to those folks in hard to reach locations who might also be handicapped on top of everything else?

Now THAT’S a great question. Help me on this one. There’s got to be a solution that costs less than squandering several billion dollars a year.

5) The Constitution of the United States Mandates a Postal Service – Article I, Section 8 starts with the phrase, “The Congress shall have Power To,” and then there are a list clauses for various things. Clause 7 states, “To establish Post Offices and post Roads.”

Does anyone else out there think the federal government has assumed way, WAY too many powers that are not specifically listed in the Constitution? I sure as hell do! Just because the Constitution says “The Congress shall have Power To establish Post Offices,” does NOT mean Congress “must” establish Post Offices. My personal favorite Founding Father, Thomas Jefferson, stated that “…a federal postal service will become a source of patronage and a waste of money.” I’m with you, Mr. Jefferson.

All the arguments for a United States Postal Service smack of a “that’s the way we’ve always done it” perspective. That, my friends, is a dumbell’s perspective!

I’m your Intentionally Vicarious host Todd Youngblood – Appalled that we allow our federal government to employ more than 600,000 people to expend 95% of their work effort to deliver trash to our homes; while annually burning 146 Million gallons of gas and cutting down 100 Million trees – Stunned that the Green New Dealers are oblivious to all this – Oyyyy… Unless you guys raise a stink about this, I might struggle a bit to have more fun than anyone else I know.