Warning: Creating default object from empty value in /home/customer/www/intentionallyvicarious.com/public_html/wp-content/themes/salient/nectar/redux-framework/ReduxCore/inc/class.redux_filesystem.php on line 29
 What’s a libertarian to do? What’s an AMERICAN to do? - Intentionally Vicarious

What’s a libertarian to do? What’s an AMERICAN to do? 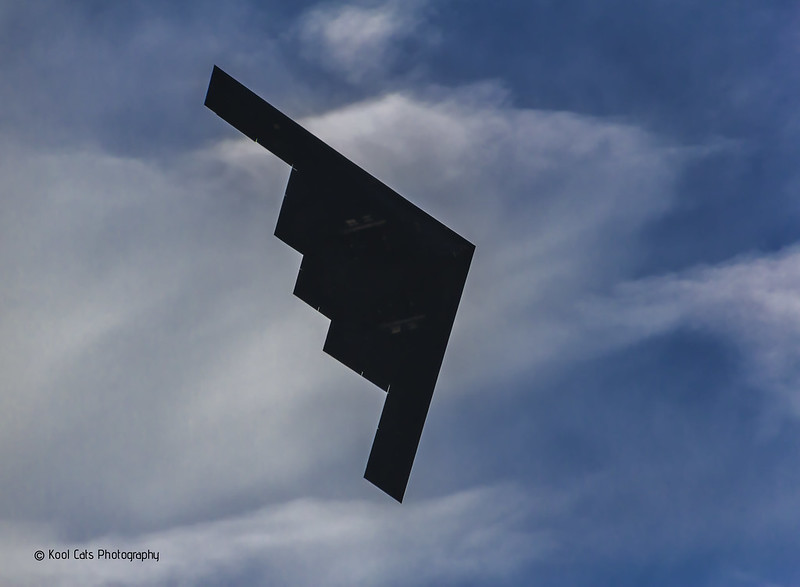 You think this thing is stealthy??? Watch those buggers in Congress!!!

It’s fascinating how the world takes such unusual turns… I was engaged in an ongoing email dialogue with my brother regarding Presidential War-Time Powers, when what seems to be the biggest global crisis of my lifetime, COVID-19 happened. It turns out both are tightly related, and both leave me wondering…

What’s a libertarian to do? What’s an AMERICAN to do?

It all started a few weeks ago when my brother asked in an email what I thought about the U.S. Senate’s recent legislation “taking away” the President’s power to take the country into “wars.” He noted that Article 1 of the Constitution clearly says declaration of war is the purview of Congress. How did the President get that kind of power?

Given the Constitutional restraint, how can it be that the United States has used armed force abroad 243 times since its last declaration of war?

Really!!! I didn’t make up that number. It’s a statistic from the Congressional Research Service. The last time Congress issued formal declarations of war was on June 5, 1942, naming Bulgaria, Hungary, and Romania.

All that was interesting enough! Now with coronavirus, we have not just the President poised to invoke wartime authority to enable things like faster production and distribution of medical supplies, but also Governors and Mayors issuing all manner of edicts and restrictions.

A good friend of mine for example, a self-described libertarian, is a city council member for a beach resort town with 3,000 or so permanent residents. The guy is understandably, seriously conflicted about his freedom-focused, live-and-let-live philosophy, vs. his vote in favor of closing the beaches. Condoning crowded beaches right now is obviously nuts, but a very significant percentage of his friends and neighbors are financially dependent on their incomes from the bars and restaurants, which are also closing down due to lack of the same crowds he supports banning.

Let’s take a closer look at these two issues and how this libertarian is conflicted about them, but first let’s establish what libertarian means.

According to Wikipedia, since the mid-20th century in the U.S., libertarians “…advocate laissez-faire capitalism and strong private property rights such as in land, infrastructure and natural resources.” In addition, “…civil liberties, natural law, free-market capitalism and a major reversal of the modern welfare state” are promoted. Finally, libertarian philosophy opposes any foreign aid to other countries, much less military intervention. Self-defense is the only justification for war.

Personally, though I’m nowhere near hawkish, I believe in a more robust military that is deployed globally in defense of our global interests, albeit under very tight restrictions. Having said that, and adding in freedom and personal responsibility, I’m good with that description of libertarian.

Now… back to my brother’s point regarding the parade of our Presidents who have repeatedly sucked up power beyond their Constitutional restrictions to wage war without a declaration… Let us all recognize the indisputable fact that anyone – anyone – who seriously even contemplates  running for President, has a genetic and insatiable thirst for power.

The fact of the matter is, the same applies to all the members of the U.S. Congress and all the bureaucracies within the Executive Branch. That’s what human beings do! That’s exactly why our federal government has vastly overstepped its bounds in all sorts of different domains. It has become standard procedure for Congress to pass legislation, that while hundreds of pages in length and providing for implementation of all manner of pet projects, still does not address a whole raft of details.

“Chevron Deference” has become the norm. The term is from a 1984 Supreme Court decision that in a nutshell, defers interpretation of a law’s true meaning to the Executive Branch of government, when “…the statute is silent or ambiguous with respect to the specific issue.” Holy moly, that’s a bridge way too far in my book! It’s the job of the Judicial Branch to interpret laws!

But I digress… It’s not like waging war without a Congressional declaration didn’t start until 1984. Did you know that The Korean War, The Vietnam War, Gulf Wars I & II, and the other 239 U.S. military actions since World War II were not actual wars? Yeah, right…

I have long been dead set against going to war without a formal declaration, but that was before I did a little digging…

Turns out a few “little” things, like the United Nations Charter and NATO for example, have made declarations of war largely obsolete in international relations. Interestingly, the UN Charter also specifically prohibits both the threat and the use of force in any international conflict. In addition, the international laws of war embodied in the Hague and Geneva Conventions, apply to circumstances of armed conflict whether or not a formal declaration or authorization was issued. In other words, these pacts openly acknowledge the fact that armed conflicts are going to happen in spite of any constitutional restraints or treaty.

Since Vietnam, United States military actions have taken place in the context of joint congressional resolutions, as part of United Nations actions, or within the confines of the War Powers Act. It’s that last one, the War Powers Act, that has me scratching my head, and frankly, changing my mind about this declaration of war thing.

Pick the current president or pick whatever president you want since FDR. You were or would have been in favor of handing that much power to any of those guys? And how about setting  precedents for whoever holds that office in the future?

As I’ve already asked, “What’s a libertarian to do?” What should we Americans do?

Maybe this muddling through what sure looks like war, including all the chaos and maiming and killing of war but isn’t an official war, is the best we can do. Maybe it’s the only way to stop a President from grabbing more and more and more power, fulfilling that insatiable, genetic need.

Which brings me to COVID-19. Is it legitimate to think in the context of going to war against a virus? Yeah… I think so. Do you want the current occupant of the White House to be exercising war powers to address it? Multiple governors are calling on him to do exactly that.

Do you feel good about that? I sure as hell don’t.

What kind of precedents will that set for future “emergencies?” Might some future president define some much lesser crisis as an emergency?

As I have stated several times now, anyone – ANYONE – who vies to be President has a genetic and insatiable thirst for more and more and more power. That exact same lust for power also applies to every single member of Congress and all the bureaucrats in the Executive Branch. They’re all looking to exploit the coronavirus to get their own pet legislation slipped into whatever bill or bills get passed. They all remember Rahm Emanuel’s famous comment back in 2008, “You never want a serious crisis to go to waste.”

I’ll refrain from expressing my opinion on the following two issues in general, because it’s not the issues themselves that are relevant here. It’s the manner in which legislation about them is passed. What on earth do student loan forgiveness and funding abortion via Planned Parenthood have to do with combating this pandemic? What other stuff is getting stuffed into the stuff moving through Congress? What other stuff??? …that will be sucking up our tax dollars for years and years to come?

I don’t claim to have all the answers, but there are three things all we Americans must insist upon and/or take it upon ourselves to accomplish:

Having accomplished those three things, and getting past this immediate global health crisis, we can all get back to figuring out “What’s a libertarin to do?” regarding the never-ending quest of politicians to acquire more power.

I’m your Intentionally Vicarious host Todd Youngblood – Hunkered down at home just like the rest of you – Dead certain that our politicians and bureaucrats will use this situation to suck up more power for themselves – Just as dead certain that we’ll pull through this together as humanity has for millenia now – and therefore I’m still having more fun than anyone else I know.