By Todd YoungbloodJanuary 4, 2019Communication
No Comments 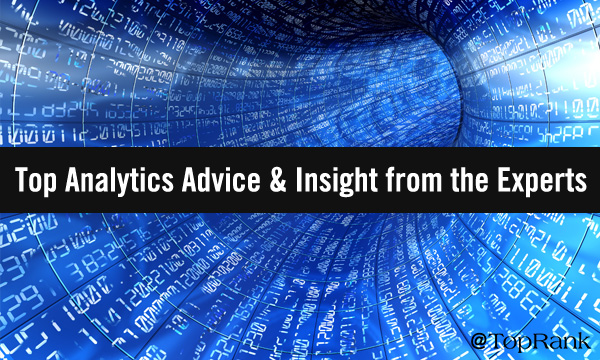 I’ve talked a lot about how both politicians and media have gotten really, really good at manipulating – ummmm…. I meant communicating to us. There’s a huge amount of money at stake, and they spend a lot on communicating so they can get their hands on a lot more.

To understand their real motivation, “follow the money” is clearly the best strategy. But that’s not always easy or even possible. Given that I figured I’d share a few more thoughts on how I keep my BS Detector tuned up. Fundamentally it boils down to:

How long has it been since you encountered a self-proclaimed expert? Yesterday maybe? Personally, as soon as I hear someone claiming to be an expert (or even more nauseating, a ”guru”) I am certain I’m dealing with an ameteur. A legitimate expert is long past the point of realizing that the more one learns about any topic, the more one realizes how much more there is to know. A real expert never claims to be one and has no trouble saying, “I don’t know.”

It’s hilarious to randomly read LinkedIn profiles. Tag line after tag line & bio after bio touts yet another who is “expert” at something. There are, for example, hordes of “marketing experts” available for hire. At bargain basement prices at that! Oh… and many of them are a year or two out of college living in mom & dad’s basement.

Or even sadder, there’s no shortage of 50-somethings who just got laid off after toiling away for 30 years at the same desk who now call themselves “Consultants” – but are really looking for another safe job and beginning to feel desperate. When you come across these characters, run away!

My current favorite example is the Bitcoin expert. They’re all over the internet. Even the ones who were screaming, “Buy more Bitcoin” last December when it hit $18,887. They’re still screaming it today with a price of $3,836. Here’s a tip from me, decidedly a non-expert about Bitcoin. Buying and selling cryptocurrency is like gambling – only risky. There is no such thing as a “Bitcoin Expert.”

I’m getting ahead of myself a bit here, but I’ve got to mention the Bell Curve with regard to experts. We all know about the Bell Curve – sort of… For sure we know that it applies to literally everything, but most of us are not so sure how all the mathematical calculations work. Without the hard math, here’s what it means. In any group of 100 anythings – be they 100 “experts,” 100 baseball players, 100 musicians, 100 baked potatoes:

Bottom line, vet your experts! Always check credentials and get two or three references before accepting somebody’s status as an “expert.” For some additional tips on spotting fake experts, check out “How to Sound Like a Bitcoin Expert.” It’s a good article and a piece of cake to translate “Bitcoin Expert” into any other sort of so-called expert.

Then there are statistics. Or as Benjamin Disraeli would say, “…lies, damned lies, and statistics.” Or as a colleague of mine likes to say, “83% of statistics are made up on the fly.”

So am I suggesting we don’t pay attention to any statistics?

Most certainly not! Quite the opposite in fact. I’ll cite my own expertise to help illustrate the amazing power of properly used statistics.

But first… I need to heed my own warning… Please note that I am NOT claiming to be a statistical expert. I am declaring that I have some expertise in using statistical analysis. This declaration is based on the fact that I founded, and for 20 years have run, a successful business based on statistical analysis to improve the performance of business-to-business sales professionals. Prior to that, I made a living for 4 years working with statistics to improve the performance of computer programmers. And, just for good measure, throw in another 23 years of sales management experience not counting these last 20 years running my current business. References available upon request. Vet me more if you so choose!

Back to the power of statistics… Based on the above experience, I formulated Youngblood’s 2 rules for statistical validity:

How about we use something “non-controversial” to illustrate my two rules of statistical validity – including that last extremely important nuance? How about gun control. This past April, Robert Reich, former U.S. Secretary of Labor and gun control advocate published a video that used the following statistic:

Gun Massacres – defined as 6 or more people shot and killed – dropped 37% following the Federal Assault Weapons Ban that went into effect in 1994.

That statement is true based on data compiled by the news magazine Mother Jones. What’s interesting is that I tried – but was unable to find – the term “Gun Massacres” defined the way Reich defined it anywhere else. That doesn’t mean it doesn’t exist, it just means I didn’t find it.

What I DID find was federal legislation; specifically the Investigative Assistance for Violent Crimes Act of 2012. This legislation uses the term “Mass Killing,” and defines it as an incident in which 3 or more people shot and killed.

Now let’s consider the position taken by the National Rifle Association. They use the “official” definition of “Mass Killing” as enshrined in federal law. Using that definition and the exact same Mother Jones data set, the NRA contends that:

The Federal Assault Weapons Ban had absolutely no impact on mass killings in the U.S.

Guess what? That statement is also true!

So who is correct? I call bull$&*# on them both. Reich and the NRA have both violated rule #1 for statistical validity. They both used the exact same valid data but did not agree on how to analyze and report that data.

How’d they do with the skin-in-the-game rule for the same issue?

Especially if by banning something you don’t care about, you get something you do care about! For sure, Reich has lots and lots of skin in the “Elect As Many Democrats As Possible” game. He can preach about gun control – which costs him nothing – while endearing himself to typical Democrats and gets them to open up their wallets and pour in campaign contributions. So yes, Reich has skin in the gun control game, but it’s indirect. For Reich, controlling guns is a means to his real end of getting money from and electing Democrats.

Does the NRA have direct skin in the game? That’s pretty much a dumb question. Their existence depends on widespread gun ownership. And that holds true if they’re core mission is what they say it is – promoting gun safety, training and education; or if it’s helping to elect gun rights voting Republicans. Does that make the NRA’s statistics better? Not necessarily…

You need to follow the link to the Mother Jones data and decide for yourself if Reich or the NRA got it right. Or if they’re both sort of right… You decide who’s spinning and who’s stating facts.

As a kid, I remember asking my mom, “Pure what?” I also remember being a bit stunned when she didn’t know. Can’t say I remembered that conversation until I started putting this episode together, and it will come as no surprise that a curmudgeon like me concluded that it was a bull$&*# marketing gambit. But… since we’re talking about statistics here, I went off to do some research.

Turns out Ivory Soap really is 99 44/100% pure! In 1881, Harley Proctor, son of Procter & Gamble co-founder William Procter was looking for an angle to sell more soap. He hired a chemist and basically said, “Look, in the biz, we all know that soap is made up of fatty acids and alkali. Analyze this stuff, and tell me exactly what’s in it.” The chemist came back and said, “Well, I found 0.11% uncombined alkali, 0.28% carbonates and 0.17% miscellaneous mineral matter. The rest is all fatty acids and alkali.” Do the arithmetic and that adds up to 0.57% impurities. Ta Da! Ivory Soap is 99 44/100% pure, and a legendary – honest – advertising slogan is born.

And to wrap up this upgrade your BS detector lesson, let’s talk about average. Everybody knows how to calculate average and knows what it means.

Average, however, can be an extremely misleading statistic.

I’m your Intentionally Vicarious host, Todd Youngblood. Still suspicious of experts, still crunching the numbers and still having more fun than anyone else I know.