To travel hopefully is a better thing than to arrive 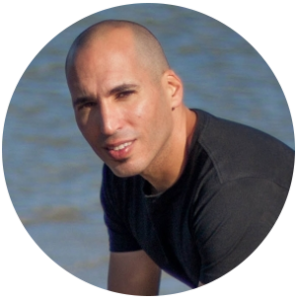 For Tal Gur, it was and is all about the journey. Even though he set out to achieve 100 specific, BIG life goals in 10 years, the big lesson he learned is captured in the famous quote from Robert Louis Stevenson:  “Little do ye know your own blessedness; for to travel hopefully is a better thing than to arrive, and the true success is to labour.”

Tal started out on a fairly conventional path. Grew up in Israel. Got his Bachelor’s degree. Got a corporate job. It was just not enough. So he took his first big leap and decided to earn his Masters in Australia He even eventually become a citizen.

While the urge was building for a while, he really didn’t do much about it until a long discussion with two friends. One of them talked about how when he was 4, his dad had died. That got Tal to thinking about, “What if I had only 10 years to live?” Would I think differently? Make different decisions? Feel a greater sense of urgency?

That evening, in one shot, he laid out 10 BIG life goals in each of 10 categories to be achieved in 10 years. His base notion was to get out of his comfort zone, and think in terms of mastery across many domains.

Then he set out to achieve them all. (…and he did!)

The approach was to focus on one category per year, and not surprisingly, to break each of the 10 associated goals into bite-sized hunks. The value as Tal sees it was how the whole process enabled him to “extract wisdom” from his experiences.

Here’s an easy to understand example of what he means. It’s one thing to a mini-triathlon. It’s QUITE another thing to do an Ironman Triathlon. Oddly, the big lesson from that was the importance of sleep! (No doubt after that he’s deep sleeper!)

Accountability was also vital. Every year Tal used a different source of accountability, but it was constantly in place. I must say, I agree with that approach. Even if it’s to pursue on 1 or 2 goals, no less 100.

Of course. For Tal, there was a lot of sacrifice regarding his personal relationships. His family was a constant source of support, but some friendships faded and his marriage, which began on his 100-goal journey also ended – amicably.

Was he glad when it was over? I’m not sure is I ever got such firm answer to an interview question before. “I was relieved!”

So what were the core lessons learned?

Bottom line what Tal did wasn’t rocket science. Not one of his goals was all that unusual or monumentally difficult to achieve. (Check here for the list.) His lessons learned are things we’ve all heard before, but…

Tal Gur wrote down 100 goals to achieve in 10 years and he actually did it!

Plus now he’s got the rest of his live, as he puts it, “to go vertical vs. horizontal.” He can grab the experiences he’s had and pick the ones most exciting and fulfilling to him and have at it.

Finally, speaking of books… You owe it to yourself to grab a copy!