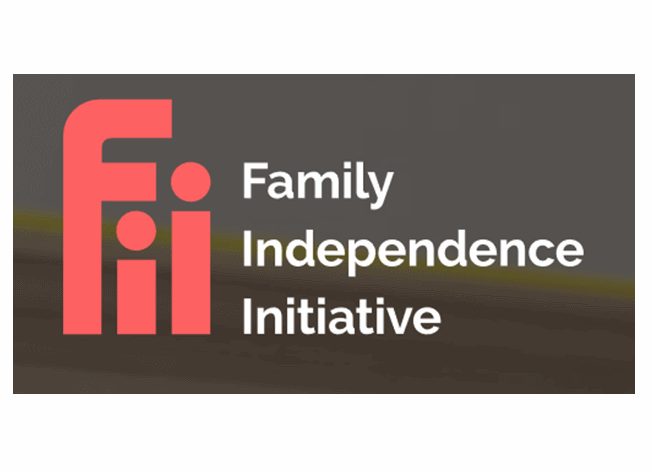 As I’m sure you’ve noticed, I’ve begun to urge you to make cash donations to worthy causes at the beginning and end of each episode. I’ll continue to do that because I genuinely believe doing so is an integral part of having more fun than anyone else you know. Yeah… So head on over to  https://intentionallyvicarious.com/give/ and donate a few bucks to one of the organizations listed there.

That said, like any other set of organizations, charitable organizations run the gamut from the truly excellent to the shameless scam artist. It’s therefore important to do a least a little bit of research before you take out your wallet. In my opinion, your first stop should be Charity Navigator.

They have a system that examines and objectively rates the Financial Health, Accountability & Transparency of over 9,000 charities. It’s a quick an easy way to ensure that your donation will be well-used and not wasted or funnelled into something like over-blown staff salaries.

As good and useful as Charity Navigator is though, as a numbers guy, I get frustrated trying to figure out how effective any given charity’s efforts are. Being well-meaning, scrupulously honest and incredibly efficient is one thing. Actually making a real impact is quite another. I’ll quote Peter Drucker, one of my top 5 all-time favorite management thinkers… “Efficiency is doing things right; effectiveness is doing the right things.” Being really, really good at doing something that doesn’t help anybody is the epitome of wasting effort.

As yet, I haven’t found a Charity Navigator type entity that objectively measures charitable organization effectiveness, but in hunting for one, I stumbled across the Family Independence Initiative or FII. It was founded in 2001 with a mission to support and accelerate low-income families’ own efforts to improve their social and economic mobility.

Here’s what really caught my attention about the organization… In an interview, I heard their founder emphatically state, “I fired a couple of people for being helpful.”

Does that sound like something the founder of a 501(c)(3) fighting the War on Poverty would say to one of his staff members? I’ll fire you if I catch you helping a poor family? Well, he did say it. I replayed that section of the interview three times just to make sure! And later on in the same conversation he said it again!

I imagine that was the only way the founder could think of to convince his staff that he was and remains serious about it. And his approach works. His approach committed not on making poverty tolerable, but by making poverty escapeable. Over the past 18 years, FII has collaborated with over 10,000 families who have escaped poverty. They’re onto something here…

Let’s back up. Mauricio Miller, the FII founder, was brought by his single mom from Mexico to the U.S. when he was 8. She moved Mauricio and the rest of her family some 18 times over the next dozen years in her dogged efforts to improve their lot – and succeeded. For Miller, this included earning an Engineering degree from UC Berkeley and a MacArthur Genius Grant.

Significantly, he also emphasizes that those of us NOT growing up or living in poverty simply do not – cannot – recognize how hard most poor people work, OR how much resourcefulness, self-reliance, determination and talent they routinely apply.

The critical point is that any interruption in the flow of income – any interruption – can be literally disastrous. Something as simple as a flat tire on the way to work can get you fired, which can mean no paycheck for a few weeks, which means no money for basic essentials like food and rent – as I said, a disaster.

What percent of our population lives on the edge like this? It’s around 15%. Miller, however, an engineer by training and a data analysis geek, noticed something interesting in the relevant census data. Yes, 15% of Americans are living in poverty at any given time, but the average length of time in poverty is just 2-4 months. Which led Miller to another hugely important insight.

While at any given time 15% live in poverty, it’s different people. It’s NOT the same 15% of families all the time. Long term poverty – poverty that persists for more than 3 or 4 years – afflicts only 3% of American families.

Not surprisingly… the engineer and data analysis geek craved more data to analyze. To make a long story short, in 1999 serendipity led former and future governor of California and then Mayor of Oakland, Jerry Brown to orchestrate funding for some research.

And Miller began collecting data. A LOT of data…  As in 200 pieces of information about a family’s situation updated every month. He also continued his personal study of the history of impoverished communities. Again, I’ll make a long story short, spare you the details of his analysis and jump to a few of the additional significant insights he gained.

He had no trouble finding many, many examples of communities suffering not only poverty but also tremendously onerous discrimination throughout history. This has been the case for Jewish communities the world over, for Polish and Irish immigrants to the U.S., and most certainly for recently freed slaves during Reconstruction in the 1860s and 1870s. Yet those determined souls somehow succeeded. African Americans, for example, built over 50 thriving towns in post-Civil War Oklahoma.

Miller found some common themes in both history and his data, namely:  Community, Dignity, Positive Deviants and Copycats.

No big surprise with the first two. Of course support from your community and personal dignity are vital. Miller had an inkling though, about an aspect of dignity that might not be as obvious. He saw a disproportionate down-side from the tiniest trace of paternalism from those trying to help. In other words, pride is a big deal, and accepting a handout – albeit from a kind and well-meaning source – damages pride, and reduces personal dignity to a significantly greater extent than might be expected.

But Positive Deviants? Not a phrase anyone would expect to hear from someone dedicated to a career in social work. The gist of the story of “Javier and Maria,” recent immigrants who were working poor explains what Miller means. The couple had been approached by a Spanish-speaking real estate agent promising he could help them buy a small house. The assigned FII social worker suspected – and was correct – that the agent was a scammer, but due to Miller’s “no help” mandate did not intervene.

This guy crafted a mortgage that would suck up an impossible-to-pay 65% of their monthly income. Javier and Maria, however, were positively, deviantly smart and insisted on having a refinancing clause. Next they scoured their community for friends who would loan them some cash and also help with repainting, repairs and improvements. That effort generated a substantially higher appraisal for the house, qualifying them for a new, non-predatory, affordable loan. Javier and Maria repaid their friends and live in that house to this day.

The story gets even better because now, along came the copycats. Other couples had a “If Javier and Maria can pull this off, why can’t we?” conversation. Javier and Maria were viewed by these couples as real estate experts. And the fact of the matter is, in that community at that time they WERE legitimate real estate experts. They evolved into that role – relished and were proud of that role – and helped others in their community implement a similar strategy. They took what they were already doing and turned it into a job and then into a business.

This Copycatting of Positive Deviants turned out to be the key in making poverty escapable. The notion of making poverty tolerable was simply not part of the equation.

In his book, The Alternative: Most of What You Believe About Poverty Is Wrong

, Miller shares a host of stories about a wide variety of financially strapped Positive Deviants creatively applying skills from driveway repair to computer technology creating jobs and businesses doing what they were already doing – and then helping others in their community become Copycats.

For me in particular these stories sounded really, really familiar. For the past 21 years, I have run a consulting firm that provides services to ensure continuous improvement of business processes. Essentially what we do is collect and analyze data to identify the top performers for any given task, study what they do, then teach that method of doing it to everyone else. Same as FII! And it’s certainly not a new idea. Frederick Taylor formalized the basic continuous improvement principles back in the late 1800s.

Apparently though, the idea has not been widely applied, if at all, in social work. Forgive me if I’m wrong about that. My knowledge about how social services have been provided in U.S. is pretty thin… But that said, Mauricio Miller and FII have been doing what I do, what hoards of other business consultants and venture capitalists do and have always done, and doing so very successfully for almost two decades. And as I said, it’s not a new method. It’s a 200 year old, extremely highly developed method that’s being applied to a different problem.

Could it be that business consulting is the most effective possible social service to enable the escape from poverty?

Mauricio Miller certainly thinks so. Consider a few more of his comments. He sounds a lot like a venture capitalist.

Pretty much EXACTLY how a venture capitalist thinks!

He also likes to note that typical charitable fundraising entails an enormous effort to satisfy and meet the needs of donors. To him it makes much more sense to direct fundraising efforts focused on satisfying and meeting the needs of customers of the positive deviants he finds using his data.

I’m your Intentionally Vicarious host Todd Youngblood – Deeply intrigued by the notion that what I’ve done to make a living for 20+ years can be applied to the War on Poverty – Encouraged by the fact that an enormous body of knowledge already exists and can easily be applied to that war – Inspired by the success of Mauricio Miller and the Family Independence Initiative – And still having more fun than anyone else I know.

And finally, please consider visiting https://intentionallyvicarious.com/give/ or the Family Independence Initiative and making a donation to one of the genuinely worthy causes listed there. Generously donating some part of your hard-earned money is fundamental to having more fun than anyone else you know.