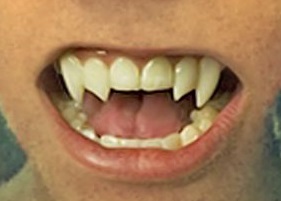 Sound bites. We’re inundated with them pretty much all day, every day, and we have been for a long time. Politicians are famous for them:

Every advertisement and every bit of marketing that’s published has at least one.

Most of us, most of the time consider the rise of the sound bite to be a negative thing. Unlike the inspirational Roosevelt, Kennedy and Reagan bites above, we feel that they are usually used to manipulate us, and dumb us down to the lowest common denominator – like the Kentucky Fried Chicken, Bounty and MasterCard examples.

There’s even a meme floating around that we’ve all become sooooo sound bite bound that the attention span of the typical American is now less than that of a goldfish. Political campaigns, for example, work extremely hard to craft sound bites for their candidates that are 7-8 seconds long. They figure that’s about all we can absorb at one shot. A goldfish on the other hand, can manage to stay focused for 9 seconds.

Now just for the record… The goldfish sound bite – which is exceedingly memorable, but malarky – is usually traced back to a 2015 study conducted by Microsoft. Turns out that the alleged “fact” is in reality a mashup of legitimate research, sloppy logic and great copywriting. This mashup process in the creation of many sound bites is a major reason why we have a negative opinion of them.

For better insight into our queasy feeling, consider some history about the origin of the sound bite. The foundation was laid down at least as far back as the ancient Greeks. “Know thyself,” is a great example. The real glory days of sound bites, however, were kicked off by commercial radio broadcasting in the 1920s, and began to take on their current form with widespread TV-watching starting in the 1960s.

The term itself came from the broadcast media some time in the 1970s, and became familiar to pretty much everybody during the 1980 Ronald Reagan/Jimmy Carter presidential campaign. How can any of us who were around at the time ever forget Reagan’s “There you go again” line? Many commentators believe that bite was the beginning of the end for Carter.

But how, exactly, did radio and TV make the sound bite so ubiquitous? It’s due to their extremely wide reach combined with their inherent, very limited capacity. An hour-long show, for example, can at the very most contain only 60 minutes of content. Typically, 27% or so of a show is consumed by commercials, further restricting the content capacity.

Looking at it from the marketer’s or politician’s perspective, that leaves only 14 minutes per hour of commercial time. The law of supply and demand kicks in and drives up the price. At times up to the crazy-high Super-Bowl levels of $10 Million per minute! Ergo, marketers and politicians have a huge incentive to get very, very good at crafting killer sound bites.

Ultimately, it’s that powerful motivation that leads to our feeling of being manipulated.

How many times can we hear one candidate accuse an opponent of making an “Eloquent but empty call for change” or conducting a “witch hunt” or being “a congenital liar” before we get cynical?

Want an even creepier example of sound bite abuse? It’s all the more disturbing since it dates all the way back to the 1950s. “Separate but equal.” For an American in 2018, 64 years after the Brown v Board of Education decision desegregated our schools, the phrase still has an oddly compelling feel. Why?

Because it exploits a deeply American theme. A theme brilliantly stated in the first paragraph of the Declaration of Independence:

“When in the Course of human events it becomes necessary for one people to dissolve the political bands which have connected them with another and to assume among the powers of the earth, the separate and equal station to which the Laws of Nature and of Nature’s God entitle them…”

In that context, the “separate but equal” phrase of the segregationists takes on a downright slimy feel. It does indeed conjure up a deeply patriotic, deeply American instinct. Something we intuitively feel like we want to support. However… Changing the word “and” to “but,” while not in an obvious way, does in fact cynically bastardize the true meaning. The U.S. and Britain had to be separate in order to be equal. Otherwise, the U.S. would remain subservient to the British government. That is most certainly NOT the case regarding black kids and white kids together in public schools. Like I said, creepy.

And then there’s editing.

Clever editing of a statement can be even more insidious; fundamentally changing the original message. In one of the 2016 Republican primary debates, for example, Jeb Bush made a statement very clearly in support of birthright citizenship as articulated in the 14th Amendment. Here’s the text:

“[There are] more concrete ways to deal with the legitimate concern that our border’s not secure. As it pertains to birthright citizenship, this is a right protected under the 14th Amendment. And I just don’t think it’s legitimate to say that we’re going to change our Constitution and that it’s going to solve our problem. I don’t think that’s the proper thing to do.”

Actually, that was the first 63 words of his 117 word statement. Very clearly underlining his support of birthright citizenship. Here’s the 7-second sound bite – the last 20 words of what Bush said; that was taken totally out of context; that got HUGE play in the media; that took what he actually said and completely reversed it:

“Greater enforcement so that you don’t have these, uh, you know, anchor babies, as they’re described, coming into the country.”

The full statement strongly supports the 14th Amendment. The cleverly edited 7-second sound bite, that incorporates the additional sound bite “anchor babies,” makes it sound like he doesn’t support it; like he wants to amend the amendment. And as a bonus cheap shot, the “uh, you know” makes him seem far less articulate than he actually is.

Who knows how much of this sort of editing happens? Fact is, virtually every news show every day does it. Ever flip back and forth between Fox and CNBC while they’re discussing the exact same story? Try it. It’s hilarious. The two spins are frequently polar opposites. Hilarious, but troubling…

And who actually comes up with most of these pithy comments?

It’s rarely the politician. It’s virtually always an anonymous speechwriting team. No different than the teams of marketing professionals trying to sell us toothpaste and such. For example, here’s what I think is an amazing conglomeration of sound bites written for Barack Obama:

We’re the party of Jackson, who took back the White House for the people of this country.

We’re the party of a man who overcame his own disability to tell us that the only thing we have to fear is fear itself; who faced down fascism and liberated a continent from tyranny.

And we’re the party of a young president who asked what we could do for our country and then challenged us to do it.”

Wow! That’s four powerfully eloquent sound bites each referring to yet another sound bite and then all strung together. All extemporaneous right? Yeah, right. Reminds me of the comment attributed to Mark Twain, “It usually takes more than three weeks to prepare a good impromptu speech.” I wonder how long it took how many speechwriters to bolt together that bite for Obama…

So do these examples prove that sound bites are evil?

Well, they certainly prove that sound bites can be used for manipulative and/or opponent-bashing purposes. From political cheap shots, to cynical manipulation like “separate but equal,” to clever editing. And all the anonymity… Makes us wonder who really is behind these messages, with how much money and for what underlying purpose.

On the other hand…

Think about what makes for a great sound bite. And think beyond the more cosmetic aspects like pithyness, rhythm, alliteration, etc. When a sound bite contains and summarizes deep substance – and/or when it reflects the speaker’s character and world view, then it’s a really positive and useful thing. It can be a gut-punch-style compressed version of a deep and inspiring message.

Sound bites can do real and valuable work. Cultural work. Inspirational work. Economic work. They are extremely effective tools for circulating ideas across time and space. We might dislike and be suspicions of sound bites, but the fact of the matter is we need them to help us sort out and sort through the massive waves of ideas and information bombarding us 24 X 7.

I’m your Intentionally Vicarious host, Todd Youngblood – constantly hunting for and gathering up sound bites I can use to acquire just a little bit more wisdom. And by the way, that’s one more reason I’m still having more fun than anyone else I know.