The Myth of Media Bias 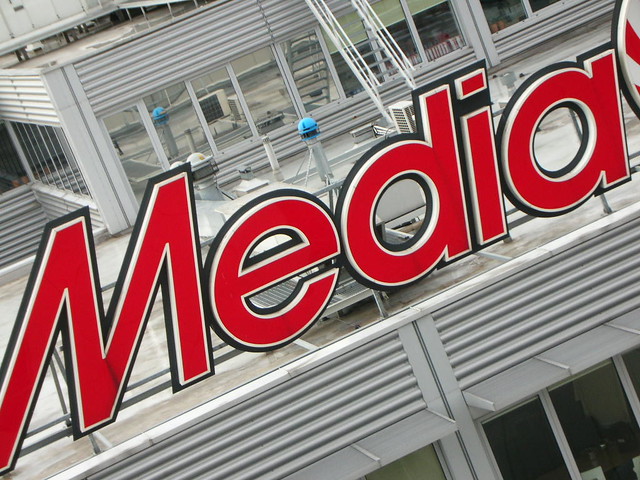 I’ve heard moaning and whining about “Media Bias” in the news – particularly in the political news – for long enough. I’m sick and tired of it. I’ve even taken my opinion to a whole new level… I now violently object to and reject any and all complaints about media bias. Why would you complain about something that 1) will never go away, and 2) is a good thing?

I doubt I’ll get any push-back about the fact that media bias has not only always been with us, it truly is a fact of life. Anyone can maybe try to be unbiased, but you know what, even the best of us will fail. We all have pre-existing knowledge, preconceived notions and pre-formed opinions. That’s all there is to it.

And who decided that media bias is a bad thing? I want to read about, hear and watch the spin – ALL the spin. I want to know about other perspectives based on other people’s pre-existing knowledge, preconceived notions and pre-formed opinions. How else can I possibly form a rational, well-informed, highly nuanced opinion of my own?

If, like me, you take on this approach to consuming media, it’s also important to keep five additional things in mind:

The first, “Beware the Echo Chamber,” is pretty obvious. If all you ever do is read, listen to and watch people and shows that reflect your fundamental political postion, you’ll transform yourself into an idiot who keeps getting more idiotic. Regularly watching news shows on TV, for example, that make you want to throw heavy objects at the screen – is essential.

Personally, I tend to get most of my news and analysis via podcasts that I listen to while driving. I regularly scream at my car’s speakers – at the narrow-minded, logically twisted nonsense I hear. To keep my blood pressure in check, I tend to alternate between left-wing and right-wing podcasts. Currently, I’m listening to an episode of Daily Kos Radio, followed by the Sean Hannity Show, followed by The Young Turks, followed by The Ben Shapiro Show.

Choose your own mix. Just make sure there’s a mix. Consume the news of the day and the analysis thereof from a broad mix of media biases.

It’s helpful, I think, to realize that their bias is a strategy, not an objective. It’s NOT that they’re biased because of some nefarious goal. They simply realize that by being as controversial as possible – by providing incentives for us to throw things at our TVs and scream at our car speakers – they get better ratings. Bias in media is there as a means to an end – as a strategy. They’re intentionally biased because the resulting controversy attracts more advertising dollars..

Well of course, yes. Big, professional media, especially the TV variety, is extremely expensive to produce. Even the big podcasters are able to demand serious bucks these days. Given the production expense, it makes sense to make each show or episode applicable to the broadest possible audience. Producing one show for one mass audience is WAY less expensive than producing say 10 shows, each spun to appeal to 10 different audiences.

Finally on this point, if a media outlet pushes too far, there are in fact some repercussions. Remember Nick Sandmann? The MAGA-hat-wearing teenager who wound up face-to-face with the Native American activist? Well he’s got CNN wrestling with a $275 Million lawsuit and The Washington Post confronted with another one for $250 Million. In other words, there are enough shark lawyers out there to keep the worst instincts of even the smarmiest journalists under at least some sort of control.

Point 3:  Ever think about what’s not in the news?

Well, I guess it would be hard to think about what’s not in the news since it’s not there… Let’s make that ever wonder about what’s not in the news? I’ll share an example. Back in 1990, the United Nations established what it called “Millennium Development Goals.” One of them was to cut in half the number of people living in extreme poverty by 2015. Wondering if the UN made it?

Well… Depends on how you want to spin it. The target was in fact actually met in 2008 – 7 years early – but the UN did not tout it. The event was noted in a fairly obscure publication of The World Bank in 2012, 4 years after the fact. Why on earth did the UN NOT make a huge deal out of this news?

Could it be that the impact of the UN’s efforts was negligible? Could it be that global poverty rates plummeted and continue to plummet due to millions of small capitalist actions by millions of people? As The Spectator put it, “[halving the number of people living in dire poverty well ahead of schedule] did not merit an official announcement, presumably because it was not achieved by any government scheme but by the pace of global capitalism.”

In other words, it wasn’t centralized government that achieved a truly massive, extraordinary, humanitarian goal. So Big Media couldn’t make any money from it. So it’s not newsworthy. We all need to constantly seek out this sort of news story. We’re on our own, but internet-based technologies are a big, big help.

Point 4:  The Medium shapes the message.

Whether Marshall McLuhan was accurate or not when he declared, “The medium is the message” remains open for debate. What is abundantly clear, however, is the fact that the medium shapes the message. Part of the shaping is psychological, and part is related – yet again – to the money.

We’ve all experienced the relentless power of television to dominate our attention. Ever watched a little kid get sucked into whatever’s on TV? Today’s parents are universally aware of their children’s “screen time.” There’s something about video technology that is massively effective at attracting human attention. Couple that with something I mentioned earlier – how expensive it is to produce a TV show.

That expense results in short segments. The economics associated with and demanded by the medium itself shapes the message. Most stories are only a minute or so long. A few last up to 3 minutes, and a segment that last seven minutes is extremely rare. Think about it now…

How complex a story can be communicated in seven minutes? The answer is, not very. Pick a topic, any topic. Russian Collusion, Immigration, LGBTQ rights, whatever. I’ve got a different, more descriptive, more accurate name for the seven minute version of a discussion on any of these or the myriad other topics of the day. It’s the stupid version! Full of hype and hysteria – but also utterly nuance-free.

Walter Cronkite, once known as the most trusted man in America constantly referred to TV news as a “headline delivery service.” He strongly felt it was necessary for his viewers to follow up every story he related by reading more about it – much more about it in – the newspapers. We have many, many more follow-up options today. The key point is that Conkite’s insight still holds. We need to do a lot of follow-up research to get a valid understanding of the important issues of our time

Which leads me to my final point, “Think both long and short.” We hear all the time how Americans have such a short attention span. Especially the millenials. They can’t pay attention to anything for more than 90 seconds, right? Wrong! I think the short attention span notion is total nonsense! It is, however, what the TV news producers and all the talking heads want us to believe. It’s good for their ratings and it puts more money in their pockets. They work hard to brainwash us into thinking we cannot focus. They promote the use of tools like Twitter to reinforce that false perception.

Consider a few examples to the contrary… The HBO series Game of Thrones, an extremely complex, highly nuanced story, earned a massive following. Those millions of so-called short attention span fans absorbed the action of 2,103 characters over a 47 hour time span! Whoa! Are you a fan of Breaking Bad maybe? That’s 62 hours. The Sopranos? 86 hours. The Walking Dead? 143 hours.

Let’s get a bit more intellectual. EconTalk is one the most listened to podcasts in existence. I and a horde of others just downloaded and listened to the hour long Episode #691. Think about that… 691 hour-long episodes – about Economics for crying out loud – every week since March of 2006.

And then there’s The Joe Rogan Experience. Each episode of his podcast runs 2 1/2 to 3 hours and on average he publishes 2 1/2 times per week! This show consistently gets downloaded over 12 million times every month. That’s a billion and a half a year!

That reflects a short attention span???

I don’t think so. It reflects the medium shaping the message. And it’s a BIG DEAL!!! It reflects our collective hunger for long-form intellectual content and insight. And, by the way, it’s one hell of a great plug for podcasts!

We’re all facing the 2020 Presidential campaign. We’ll be treated to a whole bunch of TV debates. Typically, they’ll be 90 minutes long. Each candidate will typically get 2 minutes to answer a question and 1 minute for rebuttal after a 1 minute response from the opponent. That makes for 5 minutes per issue discussed.

That means we’ll get the stupid version of every response to every issue facing the next President of the United States.

I’m your Intentionally Vicarious host Todd Youngblood – Pretty much freaked out by that last perspective. Determined to follow my 5 rules of news media consumption:

Determined to get way, way beyond the stupid version of as many issues as I can. And… determined to continue to have more fun than anyone else I know.