The Evil of the Zero-Sum Game 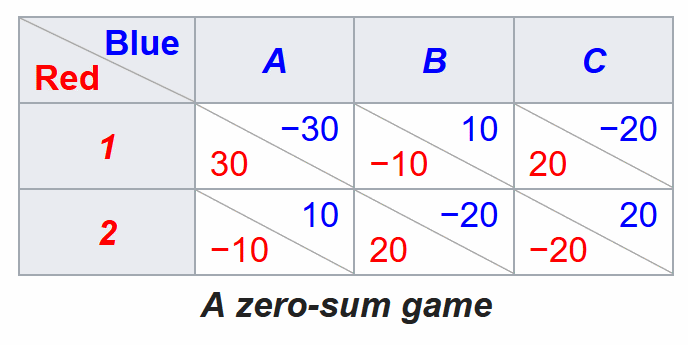 Most Americans are economically ignorant. Sometimes I even get the feeling there must be some conspiracy to maintain and deepen that ignorance. The cluelessness seems that pervasive. How else could so many people come to believe that it would be a good idea to turn over big chunks of our economy to federal government departments staffed by so-called “experts?”

Don’t get me wrong now. I did learn a whole lot about all kinds of things. Enough to turn me into a productive member of society. About Economics, though…??? As I said, nothing.

Is this because I’m a baby boomer raised in a small-town, middle class environment? That more recently and in more sophisticated locales, economic education is more ubiquitous? Ummmmmm…… No.

I see virtually no evidence anywhere around me of very much economic understanding at all.

In fact, I need to clarify a point I made a bit earlier. I’m downright horrified at the number of people who are perfectly fine with placing more and more control of our economy in the hands of small, centralized groups of government gurus. This is in addition to the shockingly large numbers of legitimate loons who are stoutly in favor of doing so.

If I were king of the world, I’d make sure that at a minimum, everybody understood the definition and implications of a basic economic principle known as the Zero-Sum Game, along with its impact on pricing, competition and innovation. And just to be clear right up front…

When I ask most people if they know what Zero-Sum means, the answer is invariably, “Yes.” When I ask those same folks to explain it to me, most of them respond with a blank stare. It has become my favorite example of the sorry state of understanding of basic economics.

Here’s a simple explanation via a few examples…

Yesterday, I went to Manuel’s Tavern for lunch. Manuel’s, by the way, is an iconic, semi-dive bar in Atlanta with great food and an amazing wait staff. Anyway, I sat at my favorite table and entered into negotiations with Melanie, a member of the aforementioned wait staff. She offered to trade me a Buffalo Chicken Wrap, French Fries and a Prairie Bomb Stout for $14.50. Hell, I thought to myself, I’d be perfectly happy to trade a full 16 bucks for that! “Do it,” I said.

That, my friends, is an example of a Non-Zero-Sum transaction. Manuel’s heirs, who now run the place, got enough money to cover the cost of the chicken, barbecue sauce, potatoes and other ingredients, along with enough to cover a bit of the cost of all the other expenses of running and maintaining the joint. AND… They also got to put a bit of cash into their own pockets. Manuel’s made a profit. Manuel’s got a win.

Guess who else got a win? ME! I love those buffalo chicken wraps, and that particular beer is one of my personal favorites. On top of that I got to enjoy the ambiance of a tavern that fits my style and to banter with Melanie, who is a hoot.

It’s also important to note what I would do if Manuel’s suddenly jacked up the price for the chicken wrap and beer to say, $25. I’d go to one of the other 100s of places for lunch in Atlanta and get something just as tasty, in a just as pleasant an atmosphere, with just as attentive a staff at a price that’s a better trade for me. But Manuel’s won’t do that. They’ve stayed in business since 1956 by recognizing they have competition and always – always – providing Non–Zero–Sum lunches.

What’s not to love about a Non-Zero-Sum transaction? They’re what makes the economy grow. It’s all voluntary. It’s all based on decisions individually made by individuals. Everybody wins! Everybody ends up with more value after the transaction than before.

…and, by the way, competition keeps all the competitors laser-beam-focused on maintaining their Non-Zero-Sum pricing.

That’s why every time you buy something at a restaurant, a department store, a grocery store, a gas station, or on Amazon, you and the vendor both come out ahead. Now let’s switch gears and examine three examples of Zero-Sum transactions.

Even on the few occasions when I won the bet, the net total value of the economic transaction was less than that of any of my lunches at Manuel’s. The net total value has, in fact, been ZERO – every single time.

Example 2:  The portion of our taxes that go to transfer payments are also Zero-Sum. According to the American Enterprise Institute, roughly 70% of the federal budget, about $3.1 trillion, is transfer payments – funds taken from one set of private citizens and given to other sets of private citizens. So 70 cents of every tax dollar I pay to the feds goes directly to somebody else. I lose 70 cents, somebody else gets 70 cents. Zero-Sum. The other 30 cents goes to pay for things that have value to me like National Defense, salaries for Congress, etc. That 30 cents is Non-Zero-Sum. (Assuming of course, you think we’re getting actual value from Congress…)

If you think federal taxes to fund transfer payments are a good idea, or if you think they’re a bad idea, the net total value of the economic transaction is still a big, fat ZERO.

Example 3:  Monopolies. With no competition, the logical way for a monopoly to set prices is to increase them right up to the point where customers stop buying altogether. Stated differently, a monopoly has an incredibly powerful incentive to figure out exactly when the game flips from non-Zero-Sum to Zero-Sum and then to keep prices right there.

Note that a monopoly supplier is an especially insidious, special case of the Zero-Sum  game in that the Zero-Sum is forced totally onto the buyer’s side of the transaction. The monopoly supplier can, and typically does – either inadvertently or with evil intent – make the situation even worse by exploiting its power position and extracting more and more value from each transaction while still keeping the buyer at Zero-Sum.

That’s why everybody hates a monopoly supplier.

Historically, AT&T’s Bell Telephone System was likely the most famous American monopoly. Up until 1984, they were pretty much the only game town. The federal government decided that universal telephone service was essential for everyone, and used its regulatory power to assist AT&T in doing so by protecting it from competition. Supposedly, AT&T needed to be shielded from the alleged greed of the market so it could provide “telephone service for all.”

Using today’s parlance, hordes of politicians would have been telling us that telephone service is a human right.

In the thirty years of my life prior to the Bell System Breakup, I was witness to both of the 2 innovations AT&T provided to enhance the value it provided. First was telephone handsets in colors other than black. The second was push-button vs. rotary dialing.

I really don’t think it’s necessary to reiterate the TRULY FANTASTIC EXPLOSION of value-enhancing innovation in telecommunications that got unleashed over these last 30 years – after market competition was introduced.

It’s been the highest level of competition-driven innovation in human history. That’s why, as Pew Research found, 96% of Americans have a cell phone, and 81% have a smartphone! All this generated by switching from a Zero-Sum to a Non-Zero-Sum game.

Now that the meaning of Zero-Sum vs. Non-Zero-Sum is clearer, let’s consider a question:

Do we want our federal government to be nudging our economy toward the Zero-Sum or the Non-Zero-Sum end of the spectrum?

(NOTE:  Technically, “Monopsony” is the  accurate term for “monopoly buyer.” Since the former is not a commonly known term, I’m using the latter to simplify understanding of the Zero-Sum game, which is the real point.)

“Medicare For All”  (…or “Single Payer Health Care,” the no-longer politically effective name for the exact same thing) would transform ALL U.S. healthcare into a Zero-Sum game. Is that a good idea? Surely the politicians running our federal government would never attempt to use their monopoly pricing power to squeeze just a little more value out of it for themselves! Yeah… Right…

Let’s think through “Free College For Everyone.” It means the government will be the single payer for all college educations. The government certainly doesn’t want to put colleges out of business, so it will figure out how much they need to survive and will pay them that amount and not a penny more. The  government-appointed College Pricing Czar will set the monopoly price such that there is a Zero-Sum trade on the teacher side of the transaction. Is that a good idea? Surely the politicians running our federal government would never attempt to use their monopoly pricing power to squeeze just a little more value out of it for themselves! Yeah… Right…

Pick whatever industry you like. Only one provider for that product or service is the very definition of monopoly. Not good! No competition. High prices. Minimal quality. Little or no incentive for innovation.

Having only one payer – a monopoly payer – creates the identical situation. That one payer has all the power – the monopoly power. They’ll apply lots and lots of pressure to reduce prices to the minimum required for the provider’s survival. Not good! Competition will be based purely on lower cost. Not on higher quality. Not on new, innovative features and functions. Just cost and cost alone. Lower Cost = Lower Quality = Nothing Left to Invest in Innovation = No Progress. Seriously now, is that Zero-Sum Game a good idea?

We all need to be ever-wary of the Zero-Sum Game.

I’m your Intentionally Vicarious host Todd Youngblood – Downright horrified at the number of people who are perfectly fine with placing more and more control of our economy in the hands of small, centralized groups of government gurus – Clearly recognizing that, well-intentioned as they may be, they will inevitably behave like the monopolists they are – Maintaining faith that the American people are not that friggin’ stupid – And therefore still having more fun than anyone else I know.