Summary:   I’m no anarchist. I’m OK with paying some taxes. Government truly does provide a lot of valuable services. What sets me off is deceit and the deviously clever ways politicians hide just how much we’re actually paying. It’s those Deceit Taxes that tick me off! 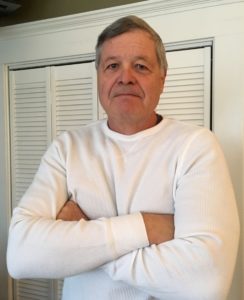 The IV Host is NOT happy about hidden “Deceit Taxes”

We pay MASSIVE amounts of tax that’s hidden within the price of EVERYTHING we buy. The political class doesn’t want us to know about it. Deceit Taxes. They really tick me off!

If it’s not already obvious, your humble IV host loves to rant a bit now and then. It’s part of what enables me to have more fun than anyone else I know. But it’s not really just the rant itself that’s fun. It’s the whole process of research, thinking about what I learn, reaching conclusions and then finally, sharing my conclusions – i.e., the rant itself. It really is that whole ranting process that’s fun. You need to try it yourself!

So anyway, on to taxes… and two of the deviously clever ways politicians hide just how much we’re actually paying.

I’m no anarchist. I’m OK with paying some taxes. Government truly does provide a lot of valuable services. What sets me off is deceit. Former US Senator from Louisiana Russell Long was almost certainly cracking a joke when he said, “Don’t tax you. Don’t tax me. Tax the fellow behind that tree.”

…but there are some sharper teeth in the comment. Especially if you think about it in the context of the astonishingly effective job our beloved political leaders have done in deviously and deliberately hiding taxes that we all pay – leading us to think that the cash is coming from someone else’s pocket when it’s not.

The Republican controlled Congress just passed a tax code update, including a change to the corporate tax rate making it a flat 21%. It’s impossible to not hear the roars and righteous rhetoric from both the right and left. Here’s the real news flash though…

All this Democrat vs. Republican carping is a diversion.

They – the politicians of both stripes – want us focused on the progressive/conservative rhetoric contest. They don’t want us studying more, and learning more about the many aspects of our insanely complex tax code. One of those aspects is the following fact:

Allow me to repeat that, because it’s really significant… ”Corporations do not pay income taxes. They merely process income taxes ultimately paid by individual American Citizens.”

This fact is anything but obvious. The best way to get your brain wrapped around it and realize its truth is to think through what corporations would do if the corporate tax rate suddenly went to zero.

There are only 3 things a corporation could do with the money not paid in so-called corporate income taxes:

The first two are pretty straightforward. The third is a bit more complex. Let’s take a closer look at all three.

If a corporation turns 100% of what it used to pay in so-called corporate income taxes into lower prices, that’s good for every single one of that corporation’s customers.

Imagine a politician trying to explain how lower prices are a bad thing… How would you react to a campaign slogan promising higher prices for everything you buy? We’ll NEVER hear such a campaign slogan. But we will continue to hear lots of politicians call for higher corporate income taxes.

If a corporation turns 100% of what it used to pay in so-called corporate income taxes into more jobs and/or higher pay for current employees, that’s good for every single one of those employees.

The remaining 5% of U.S. business are traditional C Corporations. If these corporations kept 100% of what they used to pay in so-called corporate income taxes for themselves, the total value of the corporation would go up and be reflected in a higher stock price. If stock prices go up, the owners of the stock benefit and those individual owners pay income tax on their stock market profits. So back to my original point…

Be they Republican or Democrat, politicians and pundits carping about the corporate income tax are attempting to divert our attention from the fact that, ultimately, we as individuals pay ALL income taxes. They’re wasting their breath and our time bellowing about an utterly irrelevant and brilliantly deceitful point.

The only thing that raising the corporate income tax causes is the removal of more cash from our individual pockets and into the government’s coffers.

Before I move on to the next massive hidden tax we all pay, I want to add one more perspective for anyone who feels somehow uneasy about advocating for the elimination of the corporate income tax. Here’s the scenario… Suppose the corporate income tax had always been zero, and that someone is now pushing for a new 21% tax, so that individuals are freed from the burden of paying that tax. Where would businesses get the money to pay that tax? Do you think they’ll raid their stockholders’ pockets first? Or their customers’ pockets? Or their employees’ pockets?

And it gets worse!

It’s about more than just the actual corporate tax dollars themselves. It’s also about all of the expenses associated with business tax accounting. The Tax Foundation estimates that the cost of tax compliance for the 1,300 companies in its CEP Index exceeds $2 Billion annually. Here’s another – more painful – way to think about it… Every tax accountant and tax attorney in the U.S. works and gets paid to produce nothing more than the smoke screen that tries to hide this tax processing scam from all of us. Their work makes it look like corporations are paying taxes, when all they’re doing is very expensive, totally unproductive, wasteful work that sneakily dumps a bigger tax burden on all we individuals.

IMHO, Gasoline taxes are an even more egregious example of politicians doing an astonishingly good job at hiding the taxes we as individuals ultimately pay. Here’s a breakdown of what you pay at the pump given a price tag of $2.25 per gallon:

Each of us pays a 22% tax on every gallon of gas we ever buy. And only 4% goes to the company that made it available to begin with. Have you ever thought of it that way? Ever? That the government gets 450% more money than the producer and provider of this essential commodity gets?

(Oh… there’s a bonus if you live somewhere like California, Connecticut, or New York. You pay an additional 2.25%, 8.1% of the per gallon price via a 4% sales tax. I’ll not comment on the Red/Blue nature of those states…)

Have you ever complained about the “evil, greedy oil company” that picks your pocket for 4 cents of every dollar you spend on gas? Of course you have.

Have you ever complained about the evil, greedy “public servants” who grab 22 cents of every dollar you spend on gas? I repeat,… the government gets 450% more than the oil companies get! Probably not. You probably didn’t even know they were grabbing that much. What do call someone who grabs 22% of the money paid for a product, and at the same time denounces someone else who gets paid only 4% for actually doing all the work to produce and deliver the product?

You answer that question yourself. This is a family podcast…

So here’s my bottom line…

Any politician who does not acknowledge that corporate and gasoline taxes are nothing more than a giant scam to hide the amount of tax we as individuals actually pay AND has the gall to bash another politician regarding taxes – especially one on the other side of the aisle – should be ashamed. Said politician is either ignorant of the facts, not bright enough to understand them or is cynical enough to believe that we the people won’t vote them the hell out office for being deceitful.

Down with Deceit Taxes!