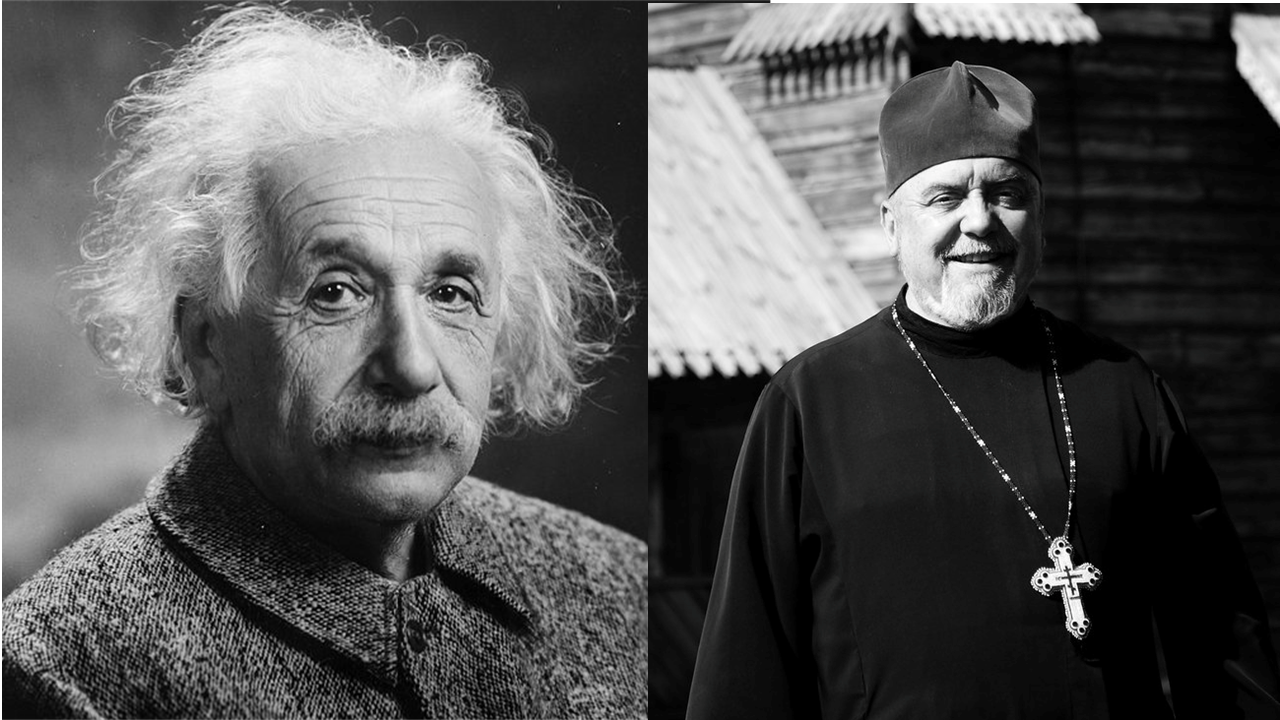 There is no shortage of serious issues that need to be addressed. Tap into your news source of choice and then join the public debate about immigration, health care, student debt, the national debt, the opioid crisis, voter fraud, terrorist attacks, climate change, trade wars and a thousand other topics. There is no end to the list.

And paradoxically – perversely, I might say – every time we solve some societal problem, there are one or two or many unintended consequences that generate new and additional problems. As humans, we will never run out of problems, and therefore never be short of topics that demand serious public consideration and debate.

Given that, we need to cease and desist from having dumb debates. One of the dumbest that I’d like to banish, is “Science vs. Religion.” It makes no sense. It is blindingly obvious to me that…

Science and religion are two different and complementary ways to advance our understanding of the universe.

The most confirmed atheist scientist benefits continuously from religion. Without question, religion has been a massively powerful force behind the development, encouragement and support of civilized individual behavior and civilized societies. Religious practice promotes not only the well-being of individuals and families, but also, by extension, the well-being of communities at large.

But what about all the negative things in history that have been caused by various religions? Things like wars and burnings at the stake? Or restrictions on research and insights and progress because they didn’t conform to church laws? True enough. Those things happened and still do.

But science also has produced more than its share of things with negative consequences. Like the atomic bomb for example, and weaponized microbes, and environmental pollution that came along with industrialization. Not only that, most scientific effort is expended chasing down blind alleys and pursuing theories that are just plain wrong. Great scientific breakthroughs are fabulous, but extremely infrequent. It’s painful to think about all that wasted effort with no reward.

And let’s do so by walking back in time 50,000 years. That’s when Modern Homo Sapiens first showed up on the scene. We don’t often think about it, but those ancient humans, the people who lived in caves – in the dark – and who killed their food with rocks were every bit as intelligent as we are. The physiological functioning of the human brain has not changed over these last 50,000 years. Evolution simply does not work that quickly.

Today, however, we do live with the benefit of being able to apply the accumulated learning, experience and knowledge of 1,700 generations worth of ancestors.

And maybe – probably actually – our intellectual legacy stretches even further back in time. As I’ve mentioned, Modern Homo Sapiens have been around for about 50,000 years – that’s the 1,700 generations thing… The very first Homo Sapiens showed up around 315,000 years ago, and from what we know so far, the first of the Genus “Homo” existed 2 million years ago.

To reiterate, people just like us – and every bit as intelligent and clever as we are – have been trying to figure out how the universe works for at least 50,000 years. What we might call proto-humans could have started that intellectual journey as much as 2 million years ago!

Within that context, consider the amount of time that Science and Religion have even existed as concepts. It wasn’t until the 17th century that the word “religion” took on its modern definition. Ancient texts like the Bible and the Quran literally had no linguistic concept of religion. The people who lived at that time didn’t even have a word for religion. In antiquity, the word “law” (or its equivalent) was used. Even today, there is no precise equivalent of the word “religion” in Hebrew. Even though the Sanskrit word “dharma” is sometimes translated as “religion,” it is more commonly taken to mean law or duty.

It wasn’t until the 19th century that “science” per se became a thing. It was 1834 when the English naturalist-theologian William Whewell coined the term “scientist” and defined it as someone who seeks knowledge and understanding of nature.

Well, how about the Book of Genesis which is roughly 3,000 to 3,500 years old? Remember now… that would be some 3,000 or so years before the idea of religion even existed! The people writing Genesis were not writing about religion. The word – even the concept of the word – did not yet exist. They were writing down what had been learned and passed along by oral tradition over the previous 47,000 years about the laws of the universe.

Keep in mind that back in antiquity the concept of “law” and the word itself actually did exist. As time marched on, people continued to observe and learn more about the laws of the universe. Slowly, but surely, the concepts of religion and science emerged from that observation and learning.

This process is not the least bit unusual. Think about how a child learns. About birds for example. The child first grasps the concept of “bird” as an animal that flies. As the child’s observations, learning and knowledge expands, the child’s conception of “bird” gets more detailed and sophisticated. The original conception of bird is absolutely still valid, but there are also birds that live in the countryside, like robins and sparrows. There are birds that live near the ocean, like seagulls and pelicans. There are even birds that don’t fly, like penguins and ostriches.

The same goes for “Law.” The concept of law starts with the discovery of a behavior that enhances basic survival. Over time, this behavior, this good idea, this best practice, evolves into a law in the legal sense we 21st century folk understand.

Law in ancient times and through today also evolved along less tangible, more spiritual lines. This grew into the sub-category of law we call religion, and then into sub-sub-categories like Buddhism, Confucianism, Christianity, Hinduism, Islam, Judaism and Taoism.

Law in ancient times and through today also evolved along extremely tangible, observable, measurable lines. Into the sub-category we call science. And then into the sub-sub-categories of Physics, Chemistry, Biology, Ecology, Anthropology, etc.

All of we humans need to study both of them and more if we’re going to continue to make any progress. It’s not Science vs. Religion. Science and Religion are two different and complementary ways to advance our understanding of the universe.

I’m your Intentionally Vicarious host Todd Youngblood – Pretty much mentally blown away by the notion that everything I know is built on the effort and knowledge of our collective great-great-times-1,700-great grandparents – That our understanding of how the universe actually works is probably woefully incomplete and simple-minded – That I and all of us have the amazing opportunity to explore, question, learn and think about things like law, science and religion, and achieve a higher, deeper level of understanding. That’s the kind of opportunity that drives me toward having more fun than anyone else I know.