Russian Interference in a U.S. Election??? Oh My!!! 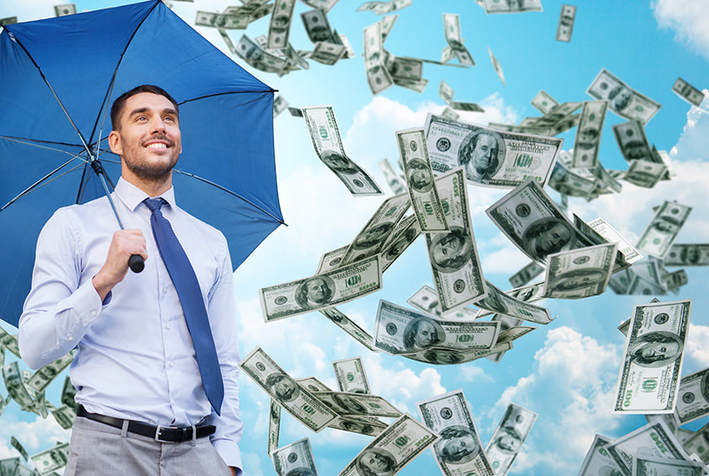 The current approval rating of the U.S. Congress stands at a whopping 18%. To be perfectly clear, that means 82% of Americans are not happy with the job they’re doing. And it doesn’t matter if you lean left or right. Most all of us think they stink.

Literally 2/3 of us think the mainstream media publishes fake news. According to Gallup, fewer than 1/3 of us trust them “to report the news fully, accurately and fairly.” And it doesn’t matter if you lean left or right. Most all of us think they stink.

The “Russian Interference in the 2016 Election” story is one of many, many examples of why this sorry state of affairs exists.

Before we look at the three factors mentioned above and think about considering them whenever we’re reading, listening to or watching our political and thought “leaders,” I want to make something perfectly clear. Hacking of any portion of the U.S. election system, by anyone from anywhere, is a massively important and significant issue that MUST be seriously and immediately addressed. This episode is not about hacking or cyber attacks. It is about the manufactured hysteria over “Russian Interference.”

Call me cynical if you want, but the prime objective of both Congress and Big Media is to accrue more money and power. If you have some doubt about that, consider the members of either group who truly are pure of heart and have the good of the nation and its citizens in mind as they enter the fray. What happens after they enter the fray if they don’t have much money or power?

Forgive me for insulting your intelligence by stating the obvious, but politicians or pundits who have no money or power get drowned out and/or downright ignored by the maybe smarter, maybe dumber politicians and pundits who do have money and power. It really is that simple. To be an effective politician or pundit you MUST first do one of two things:

After that, it’s a matter of keeping the money/power machine churning. The instant it stops churning is the same instant your effectiveness plummets. Like it or not, that IS the way the universe operates. Anyone who wants to be effective in Congress or Big Media must have accruing money and power as the prime objective. Therefore…

Statements by politicians and pundits regarding the “Russian Interference” – or any other controversy – MUST be considered in the context of the money and/or power flowing to or from the individual making the statement. 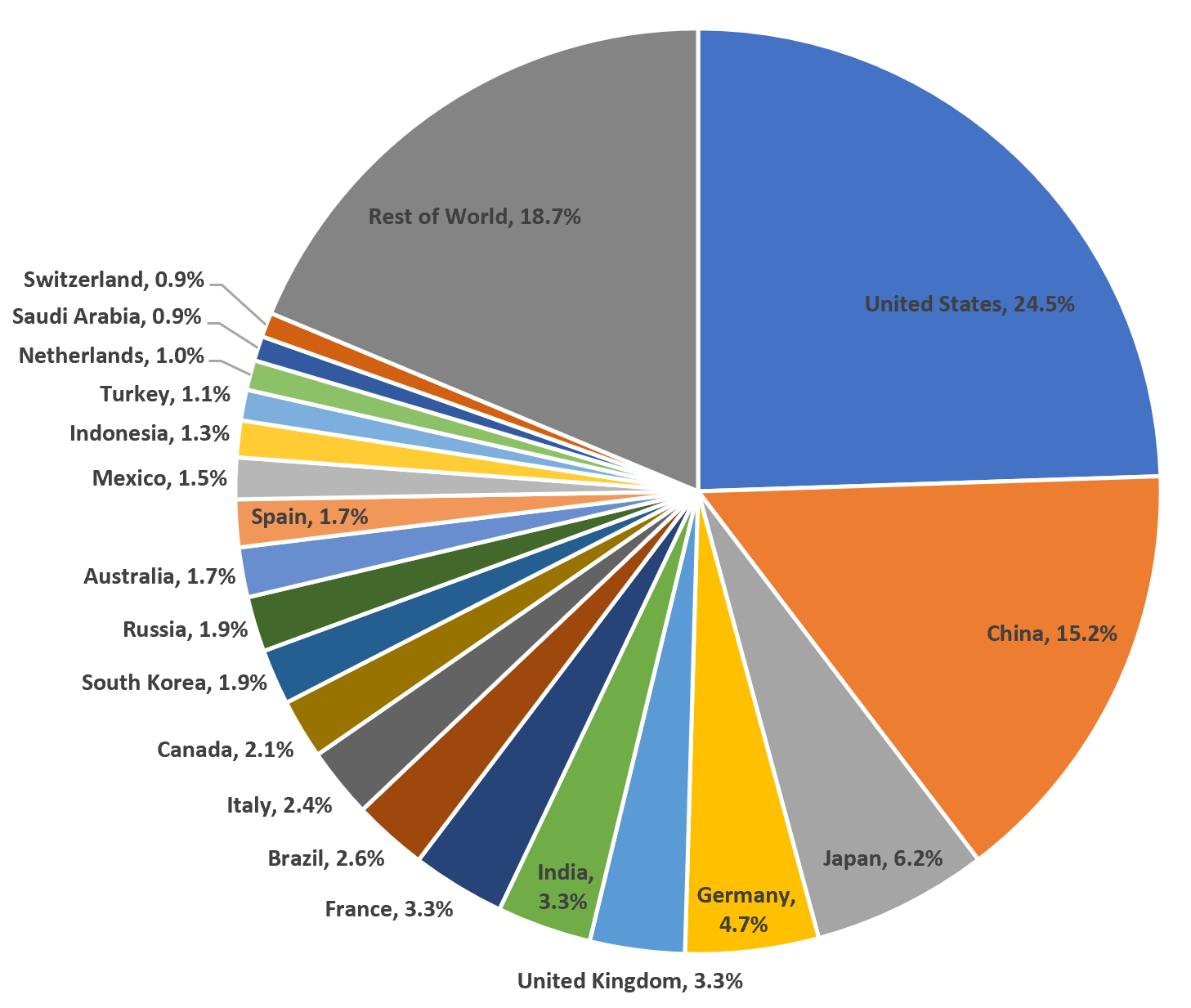 I’m getting a bit ahead of myself here, but since the U.S. generates 1/4 of the entire world’s GDP (which is 1.6 times more than China at #2 and 4 times Japan at #3) – isn’t it obvious – blindingly obvious – that every other country on the planet has a vital interest in which U.S. politicians are calling the shots? Unless they’re naive or just plain stupid, of course political and media interests around the world are trying to influence what happens here.

Let’s look at the flip side. Has the U.S. ever meddled in the political affairs of another country? The examples are virtually endless.

I have a good buddy who fled Castro’s Cuba with his family when he was a boy. He loves to tell the story of General Leonard Wood, who became the U.S. military governor in Cuba after the Spanish-American War. He drafted a constitution for Cuba. Got that? Wood, an officer the U.S. Army, drafted the constitution for Cuba.

That document included an amendment written by then U.S. Senator Orville Platt that guaranteed America’s right to intervene in Cuban domestic affairs. Platt repeatedly both said in speeches and wrote that, “Cubans are incapable of stable self-government. In many respects, they are like children.”

I could add to the examples endlessly. Panama, Vietnam, Nicaragua, Iraq, Afghanistan and on and on and on… Is it conceivable that maybe the CIA has mucked around in Russia’s internal affairs? So next time you consider the “Russian Interference” or any other controversy, don’t be shocked. Don’t ignore the obvious self-interest of every single other individual, organization, corporation and nation.

Every country is messing with every other country all the time. You needed me to point out such an obvious fact???

And finally, what about shunning economic factors?

Most Americans are pretty much economically ignorant. That’s exactly the way those with the real economic power want it to be. The better to bamboozle you with, my dear! They don’t want any of us to follow the money. So let’s follow the money…

Let’s say you just dropped in from outer space. Where would you go to get into the thick of things cashflow-wise? Russia? Where a whopping 1.9% of the planet’s wealth is generated? Why not Australia whose GDP is about the same? Or some other economic giant like Canada, Italy or Brazil that each generate less than 2.5% of world GDP?

No. Since you’re not an idiot, you’re going to head straight to the United States, the source of 24.5% of the world’s GDP.

And another thing economic… Consider the percentage of the developed world’s citizens who are financial dummies. It’s safe to assume that the financial dummy density is pretty much the same everywhere, so if I want to grab the most cash, I’d go to where the GDP per resident is highest. That way I can grab more cash from each dummy I encounter. 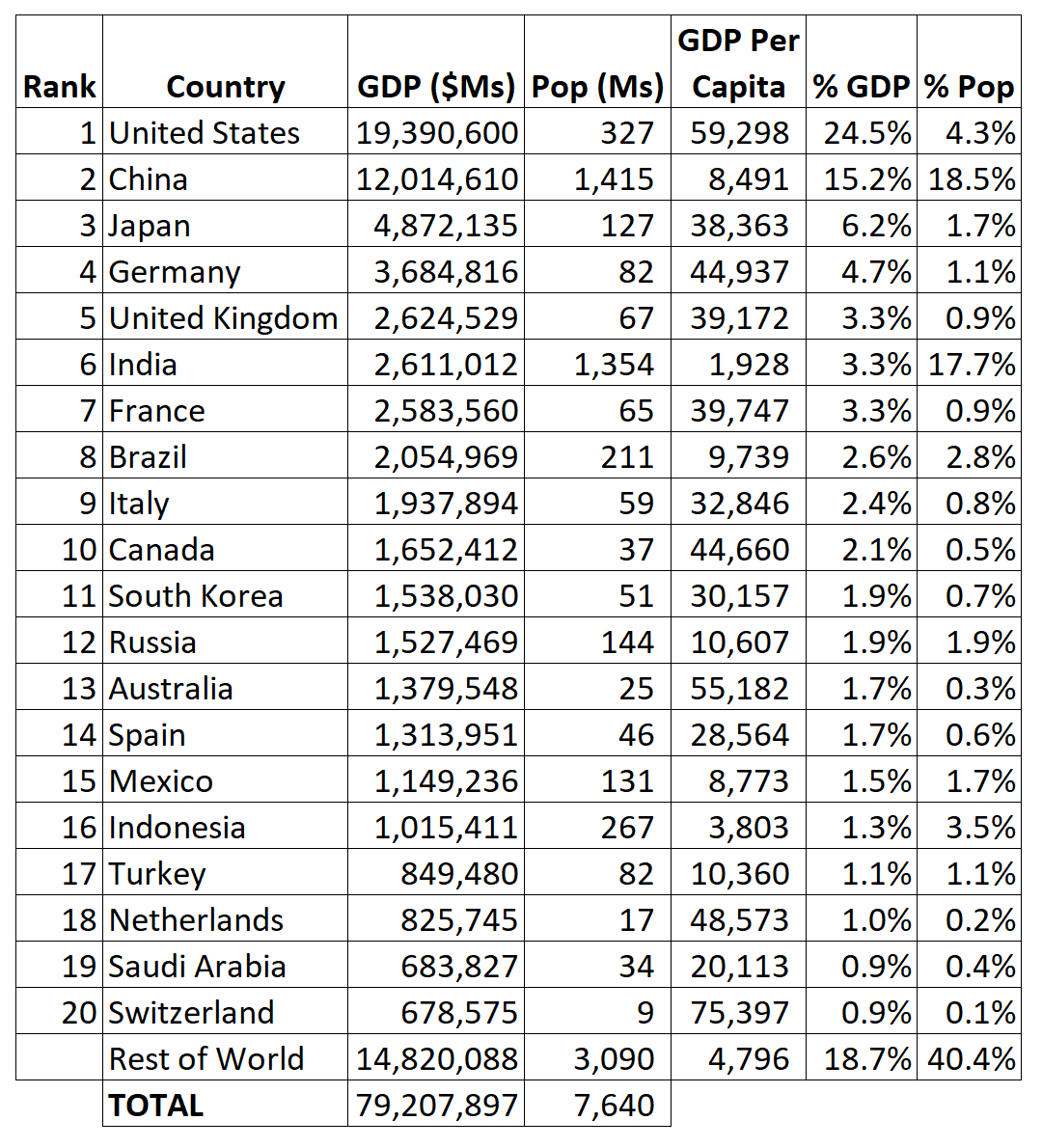 It has much, much more to do with creating anxiety and fear because “The Russians are coming! The Russians are coming!” Especially among baby-boomers who remember the civil defense drills that had us crouching under wooden desks for protection against a Soviet nuclear attack. (How dumb was that?) The real message is about money and power. Don’t give your money to the crooked politicians who won in the 2016 election! Give it to the crooked politicians running for office in 2018!

It has much, much more to do with diverting our attention from the obvious fact that every country in world has a truly vital interest in who calls the shots in the United States. Endlessly repeating the phrase “Russian interference” focuses the attention of the “dumb masses” on the evil public servants who colluded with the scary, evil Russians and got elected in 2016. They want us to give the money and power to the pure-as-the-driven-snow public servants who didn’t get elected in 2016.

I’m your Intentionally Vicarious host, Todd Youngblood – more suspicious than ever of the politicians and pundits who spend their lives spinning every story in an effort to accrue more and more money and power for themselves… and still focused on having more fun than anyone else I know.