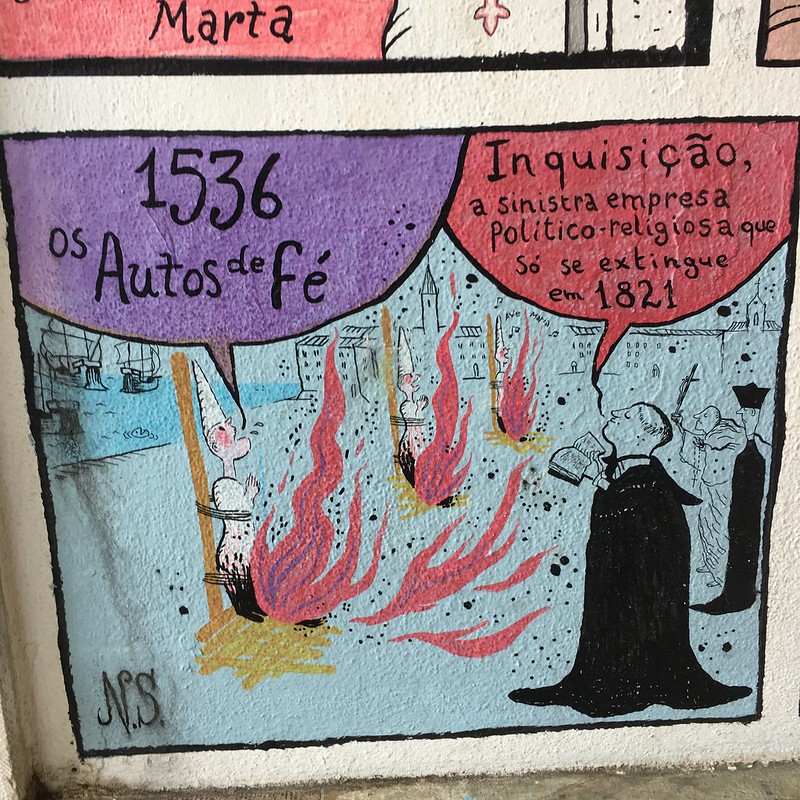 This is Intentionally Vicarious… I’m Todd Youngblood… And I was just sitting here at my desk pondering aimlessly… about how a business colleague and friend of mine recently asked me how I would define “Political Correctness.” (Good question, Henly!) I won’t claim that my response was original, because I do vaguely recall reading it somewhere. In any case, this IS my personal definition:

Political Correctness is the modern-day incarnation of the Inquisition.

The fundamental motivation for both was/is to enforce strict adherence to the “correct” orthodoxy. The “correct” orthodoxy as defined, by the way, by an institution dead set on gaining and retaining power over people’s behavior. (The medieval Catholic Church, Ferdinand and Isabella of Spain and today’s Political Left, for example.)

The tools of choice for both are fear and intimidation. Intimidation via fear of horrendous physical torture, or the more modern intimidation via fear of being ostracized. I can’t help but remember how it all hit the fan when Kara McCullough, the 2017 Miss USA made the awful “mistake” of asserting that healthcare is a privilege, not a right. Oh my! Take back that crown!

The Inquisition and Political Correctness both developed exquisitely effective webs of denunciation. Pssssttt… That Jewish guy over there said he converted, but he still secretly practices Judaism. Burn him at the stake! That guy over there does lots of charitable service and works hard to be a pillar of the community, but did you know he owns an AR-15 rifle, scoffs at anyone who reminds him of their preferred pronouns and is pro-life? What a sleezeball…

Have I mentioned the use of public spectacles? The medieval auto-da-fe brought out the whole town. Check all the big media networks right now! I guarantee you they’re all beating the same story to death with great gobs of sensationalism fed by an ocean of righteous outrage on social media.

The Inquisition, thankfully, is firmly consigned to the dustbin of history. How ‘bout we throw Political Correctness in there too?