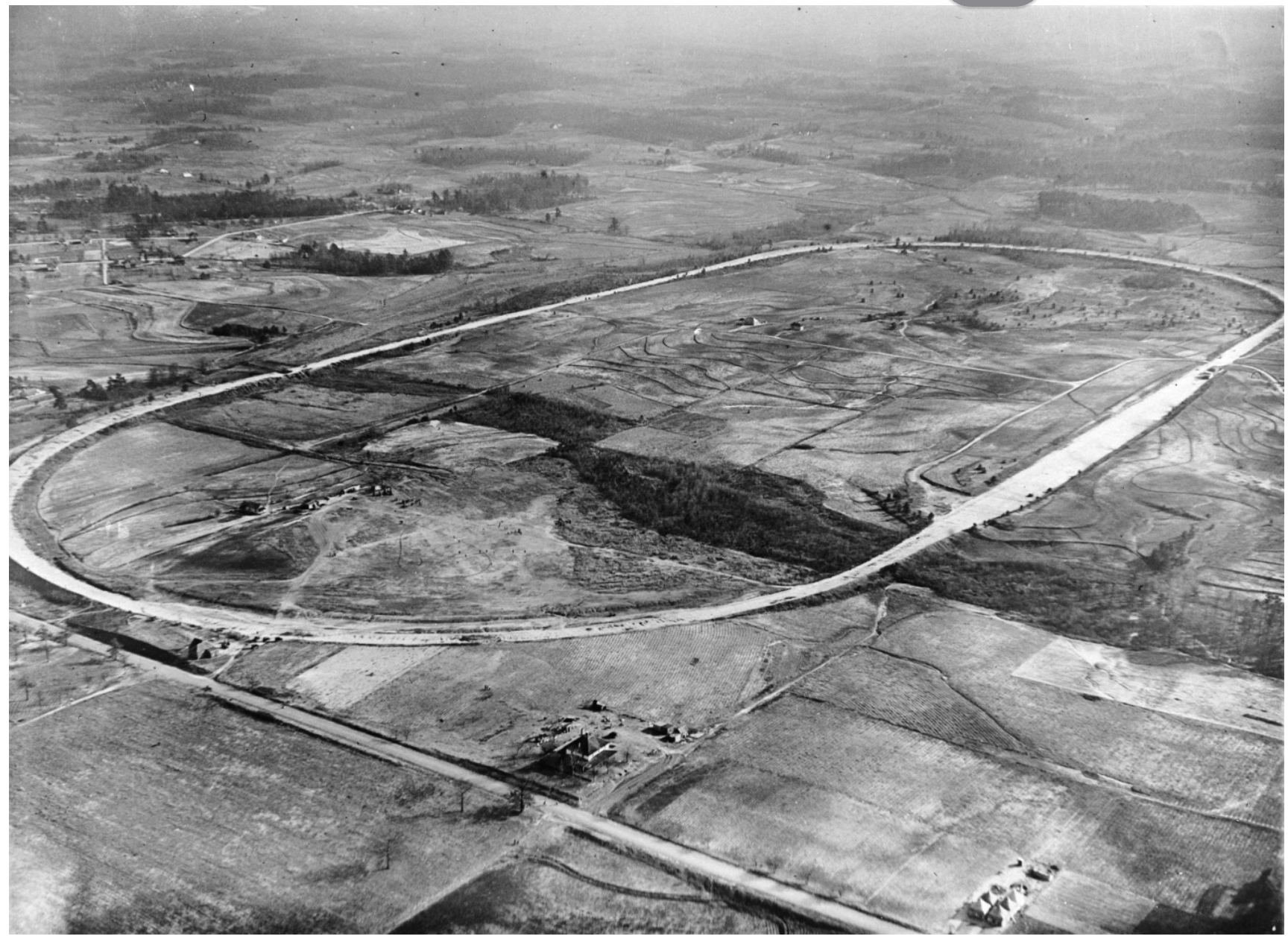 Site of the Atlanta Airport circa 1920
Image courtesy of the James G. Kenan Research Center at the Atlanta History Center

Political power plays are always so much fun to watch. It gives me a chance to do three of my favorite things:

And these three things qualify as three of my favorite things for three very specific reasons.

Doesn’t matter if you’re a Democrat or Republican; liberal or conservative… Politicians from both parties are as reliable as the sunrise in their quest for more power; and thus for more control over the world and all the people in it. That’s the pox part.

No matter what public policy is up for debate, there is one surefire way to determine the identity of those really behind whatever position is being advocated. That’s the follow the money part.

It’s the last part that deserves our most scrutinizing attention. Centralization of political power is an eerily potent and scary phenomenon. There’s a tipping point somewhere that marks severe trouble. The poster child for centralization run amok, of course, is the former Soviet Union.

Just to be clear… I do not believe that we in the U.S. are anywhere close to that tipping point. I do, however, believe that we are relentlessly drifting toward – getting pushed and pulled toward – greater centralization of political power, and we have been for at least the last century.

We need to be acutely aware of, sensitive to and opposed to power shifts toward centralized political entities.

Which brings me to the busiest airport in the world, Hartsfield-Jackson International Airport, or ATL according to the FAA. As an aside, I LOVE that ATL designation, and the tendency of we residents to refer to our fair city of Atlanta as “the ATL.” Anyway… the story of our airport is pretty cool.

It all starts with Asa Candler, the founder of Coca Cola. He wanted a race track and had the money to build one, so he bought up just about the only sort-of flat land around these parts and created Candler Raceway, aka Atlanta Motor Speedway. It opened in 1909. Unlike Coke, the race track flopped; in its very first season no less. Undeterred, Candler added – TA-DAAAA!!! – airshows and air races. He finally gave it up in 1923, then leased the land to the City of Atlanta in 1925 who officially turned it into an airport called Candler Field.

As an aside, Candler was also Mayor of Atlanta from 1917 to 1919. I wonder if his dabbling in politics helped with selling off all that land… Anyway, the first commercial passenger flight was in 1926, and the city bought the land outright in 1929. It then become known as the Atlanta Municipal Airport.

Key fact here… The City of Atlanta bought the land 90 years ago, and has developed and managed it ever since..

I’ll skip over a “few” details here, but note that overall, the city has done a pretty amazing job with the airport. Over 107 Million passengers passed through it in 2018, extending it’s “busiest airport in the world” streak to 20 consecutive years. Oh… it also generated three-quarters of a BILLION dollars in revenue last year! According to the official accounting records, the airport is now worth $4.9 Billion more than that total that has been invested in it. Pretty spiffy Return-On-Investment!

So of course, the State of Georgia wants in on the action!

In other words, a larger and more centralized government entity wants to suck up control, power and money from a smaller more localized one. A bill was just introduced in the State Senate to establish the “Georgia Major Airport Authority.” Curious about how many “major” airports there are in Georgia? There’s one. Savannah comes in at a far distant and anything but “major” second-biggest in the state with 2% of ATL’s volume.

And why is state control a good idea? Let’s take a look at and analyze a few of the major justifications:

It also strikes me as a bit odd that a member of the Republican party, the party of “rugged individualism” is paternal enough to advocate state seizure for the good of the people. But I digress… Oh, wait! Gotta’ thrown in one more digression first… The state commissioned a study last year to determine if it was a good idea for the state to take over control of the airport from the city. And how many representatives from the city of Atlanta were on that committee? You guessed it! ZERO. OK… Now let’s move on to the second justification for state taking the airport from the City of Atlanta.

“We’re missing a good opportunity by not having state input over the biggest economic engine in the state.” This too, from Mr. Jones. Holy shenanigans! Allow me to translate that tidbit of doublespeak… What he really meant was, “Those Atlanta-based goobers in the Mayor’s office are clueless boobs. We need to shift control to we Atlanta-based geniuses across the street in the State House. The air over here – literally less than 100 yards away – makes us must more astute at economic management. Plus WE want to play with that three quarters of a billion dollars a year, and WE want the $5 Billion asset on OUR books. For the good of the people of course.”

Now justification #3. [Control needs to be] “…an arm’s length away from the political process and the political jockeying that goes go on with an entity like this.” Again from Mr. Jones, and he does have a point here. The corruption scandal surrounding contracts for concessions at ATL is WAY more sordid than any soap opera. Old buddies, wives of airport execs and various and sundry other shady characters getting and providing sweetheart deals, lavish entertainment and wads of cash.

Goodness gracious me! Nothing like that would EVER happen within Georgia state government. Those politicians are as pure as the driven snow! The members of the Major Airport Authority could not possibly be subject to ANY political influence. And I know that because the proposed legislation states that the [Members of the Major Airport Authority] “…would include the Governor or Governor’s designee, the Lieutenant Governor or a designee, the Speaker of the House or a designee, the Transportation Commissioner, Public Safety Commissioner and four people with experience in business, aviation, law or accounting appointed by the House Speaker and the Senate President.” How could ANY political influence possibly sneak its way into any of those choices?

And now for a final digression…

I’ve mentioned that the airport bill was introduced by a Republican. All 5 co-sponsors are also Republican. Since 2005, the Governor has been a Republican and both the Georgia House and Senate have had Republican majorities.

How about the City of Atlanta? Well… there have been 2 Republican mayors in the 171 years since the very first one. The most recent Republican mayor was Nedom Angier who left office in 1879. I can’t remember that last time a Republican even bothered to get on the ballot for mayor! City of Atlanta politics is overwhelmingly dominated by Democrats.

It makes me sick and it really ticks me off. Do I look that stupid? Do the pols pushing for this theft of a $5 Billion airport “for the good of the people” think we’re all that stupid?

And make no mistake about something. I’ve taken a few hard, well-deserved shots at state-level Georgia Republicans in this episode. Their grab for more power, more centralized power, and the money and political patronage possibilities that come with it, disgusts me. Plus it’s hypocritical as hell. DO NOT, however, mistake me for a fan of the Democrats. Listen to or read a few of my other episodes for proof of what I think of those so-called “public servants.” They’re all equally power hungry.

I’m your Intentionally Vicarious host Todd Youngblood – Still loudly shouting, “A pox on both their houses” as vehemently as I can; closely following the money to fully understand the motives behind this latest in the never-ending string of political power plays; and ever wary of and railing against any more political power getting sucked into more centralized government entities. You need to join me in condemning all of the above.

Thanks for paing attention…