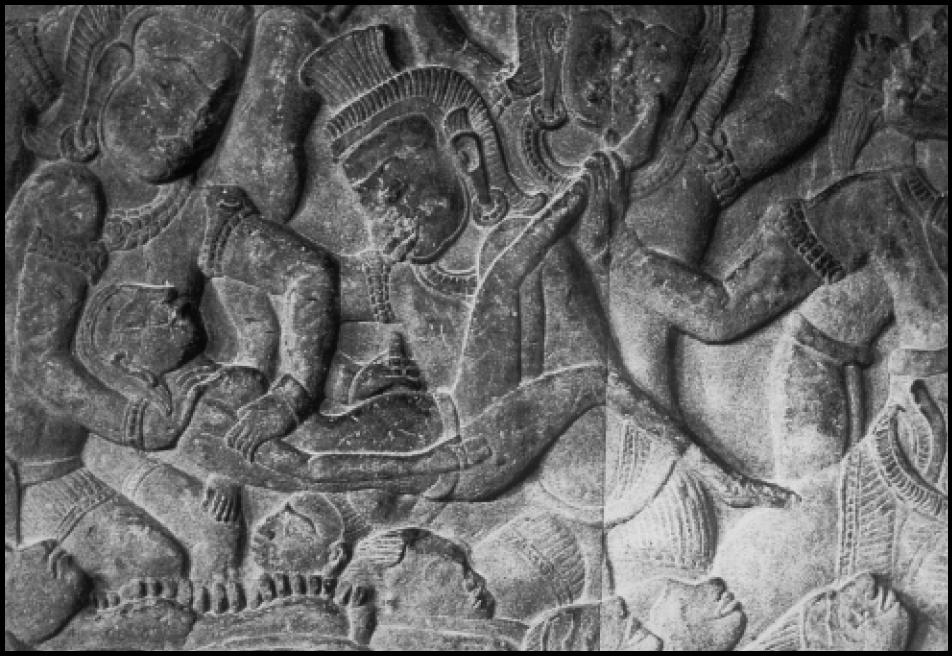 My conviction that Political Polarization is Nonsense is no secret. In the (Don’t Get) Framed By The Media episode I lay out the case that polarization is a strategy. A strategy employed by the political media to gain our attention – which leads to their real goal of making a ton of money. (Always remember to follow the money!) More perceived polarization leads to more attention, which in turn leads to more advertising money. Pretty obvious stuff once you’re aware of it.

Listening to that episode again, it occurred to me that walking through an example would be helpful in gaining a deeper understanding of the media’s ubiquitous “Simplify and Polarize” technique. The media’s treatment of abortion and the Supreme Court’s recent ruling on Roe v Wade illustrates it magnificently.

In a nutshell, here’s how the media use Simplify & Polarize:

As I said, pretty simple stuff.

Regarding abortion, the media have framed the debate in an attempt to coerce us to believe that we’re either Pro-Choice or Pro-Life. As if it’s anywhere even close to that simple. “My body, my choice,” is one very commonly heard and pithy embellishment. “Baby killer,” is another. Neither is useful in understanding the issue or in reaching a conclusion about the best course of action to take. This example also illustrates the most insidious aspect of “Simplify & Polarize.”

For example, the actual, core question in the abortion debate – the one that leads us down a logical path to help understand all the nuance – is, “When does human life begin?” I’ve been making an effort to follow coverage of the abortion issue, and I’ve not come across a single public figure who’s asking this question. Not one. Why? As usual, the answer to the question comes from following the money. The media cannot make much money by focusing on a decidedly un-sexy, difficult, intellectually and scientifically challenging question like, “When does human life begin.”

If the media were to begin to cover the abortion debate honestly, it would be framed quite differently. It would start with illustrating the silliness of the traditional framing. They’d look at the flip side of Pro-Life and Pro-Choice. They’d ask everyone they could find, “Are you Anti-Life or Anti-Choice?” Nobody is against life for crying out loud. And nobody is anti-choice either. It’s a dumb question, isn’t it? Exactly as dumb as the Pro-Life/Pro-Choice question! Stop allowing the media to concentrate your focus on answering dumb questions!

They would also point out the dumbness of the two most common embellishments to the debate. First, “My body, my choice.” Ending the life of a random, living cell or clump of cells is something that happens every day and is perfectly fine. For example, an individual’s use of hand sanitizer to kill bacteria living on one’s hands is most certainly nobody else’s business. Ditto regarding swallowing an antibiotic for killing internal infections. Ditto for getting a tattoo or a piercing of whatever. Ditto for making a personal decision to have a diseased kidney removed or an eyeball or a finger or whatever other body parts you as an individual decide you don’t want anymore. I challenge you to find anyone who is not an extreme fringe fanatic who would disagree with any of that.

Everybody already agrees that you get to make whatever choices you want regarding your own body. In the context of the abortion debate, it’s not your body that’s being discussed. It’s the body of the zygote/embryo/fetus/baby – whatever term you deem appropriate. Notice, by the way, how the quandary over what term to use points us right back to the “When does human life begin?” question.

Next, “Baby Killer.” With precious few exceptions, intentionally ending a human life is murder. These exceptions include self-defense, war and possibly euthanasia, which are part of an entirely different discussion; along with instances of rape, incest and serious threat to the health of the mother, which I’ll get back to later. I challenge you to find anyone other than an extreme fringe fanatic who would disagree that in virtually all cases, intentionally ending a human life is murder. Need I point out that we’re right back to that key question again?

Or that promoting the simple, binary Pro-Life/Pro-Choice decision embellished with “My Body, My Choice” and “Baby Killer” is a glowing example of how the political media gets attention and creates endless, mindless controversy for the purpose of making more money?

“Youngblood,” you say, “How would you frame the abortion debate? Well, thanks for asking!

I’ll start by stating two extreme positions. On one side, let’s adopt a position that is even more extreme than what the Catholic Church advocates. To even think about having sex – except for the express purpose of conceiving a child with your legal spouse – is murder. On the other extreme, ending the life of a “potential human” is the decision of the mother up to one year following birth.

All reasonable people will agree that both of these extremes are totally nuts. The former is ridiculous on its face. The latter is horrifying and horrendously wrong.

Somewhere between those two extremes is the exact point where human life begins. Before that point, abortion is clearly and obviously at the sole discretion of the mother. After that point, it’s murder.

So where exactly is that point? Is it when an individual thinks about having sex? When an individual actually has sex? At the instant of conception? At 6 weeks? When a heartbeat is detectable? At 15 weeks? At 20 weeks? At 24 weeks? At the start of the 3rd trimester? At viability? At birth? Up until a millisecond before an infant’s 1st birthday? Or is it at some other point between the extremes?

Until the answer to that question is nailed down, everything else is noise. And it’s one heck of a tough question to answer! What scientific and/or philosophical and/or religious facts and insights are relevant and why? How and why do those facts and insights influence the definition of the beginning of human life?

Wouldn’t it be wonderful if thoughtful people from every conceivable background from all across the country got together and had a civil, serious deep discussion about these questions? Well guess what? That has already happened! All 50 states and the District of Columbia have and have had abortion laws on the books. (Details here.)

I’ll reiterate the point… Thoughtful people with a vast array of backgrounds and perspectives have already had civil, serious, deep discussions about THE abortion question of “When does human life begin?” All 50 states and the District of Columbia have already passed legislation that addresses THE question.

Refreshingly and surprisingly, there’s a huge amount of common ground. 43 states prohibit abortions after a specified point in pregnancy. That’s 85% of the voting public in the U.S. That’s overwhelming agreement that at some stage of pregnancy, it’s no longer abortion; it’s no longer only about the body of the mother; it’s taking a human life; it’s murder.

That same 85% provide for exceptions, typically related to the health of the mother, rape or incest. In other words, an overwhelming majority of Americans is already in general agreement regarding abortion. A solid, agreed-to framework and 51 specific examples already exist! All the ranting and raving and yelling and screaming about abortion is nothing more than the media’s “Simplify & Polarize” effort to sell more advertising. It’s noise. It’s nonsense. Stop paying attention to noise and nonsense! Instead, ask the question, “When does human life begin?” Focus on the nuanced, thorny, complex, truly difficult, truly significant aspects of this or whatever issue is at hand.

I’m your Intentionally Vicarious host Todd Youngblood – Fed up with the media’s focus on the simple-minded rants of abortion whackos of both extremes. Sick and tired of the media’s relentless “Simplify & Polarize” strategy for generating more cash flow. I’m also more convinced that the governing process laid out in our Constitution will continue to guide us to the optimal answer to every challenge and question that comes before us. THAT, luckily for me,  enables me to continue my quest to have more fun than anyone else I know.