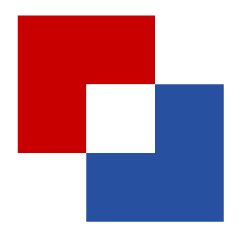 Seldom is there near-unanimous agreement on anything. One of those rare examples is that American political discourse is toxic. I think we call all agree on this one. On any given day at any given time anyone can turn on a TV news show and be confronted with a multi-split screen – each little block containing an angry and/or outraged talking head, heatedly and simultaneously arguing some point with one or more of the other talking heads. Social media exchanges are similar, just far less civilized.

Specific examples abound, and I grabbed this “migrant caravan” thing because for whatever reason, it has captured my attention. It’s yet another situation that has Democrats and Republicans demonizing one another. Here’s what a President had to say about it:

“We are a generous and welcoming people here in the United States. But those who enter the country illegally and those who employ them disrespect the rule of law and they are showing disregard for those who are following the law. We simply cannot allow people to pour into the United States undetected, undocumented, unchecked and circumventing the line of people who are waiting patiently diligently and lawfully to become immigrants in this country.”

This same President used pepper spray on 434 occasions, and tear gas on another 79 occasions to disperse crowds attempting to cross the U.S./Mexico border illegally. Those crowds, as the media endlessly reiterates, included women and children. There is, of course, much arm-waving and hysterically breathless rhetoric.

Now let me share the fact that those 513 uses of tear gas and pepper spray to repel illegal border crossings happened from 2012 to 2016. And the above statement was made not by Donald Trump, but by Barack Obama.

OK, so I set you up and pulled a presidential switcheroo… I wanted to make it perfectly clear that in reality, both Obama and Trump said and did the exact same thing regarding illegal immigration. So why did the left support this action in 2012-16 and is now screaming and wailing about it?

Hmmmmmm, I wonder if it could be political opportunism? And the right is no better. Conservatives have been anti-tariff forever… except for now. Let’s tax the daylights out of those Chinese goods and services! Free trade be damned! To get back to the point; this episode is not to debate immigration or trade policy or if it’s Trump or Obama who is or has displayed strong leadership, heartless cruelty or misguided principles.

The point is that our political discourse has become an enormous insult to our collective intelligence.

Why are we so divided? I see three core, inter-related causes that reinforce one another:

The first point – that we lack a genuinely terrifying national problem – really is the case. Things in the U.S. truly are pretty darned great. Of course there are a myriad of issues and problems screaming out to be addressed and solved. But anything anywhere close to as ugly and terrifying as World War II or 9/11? Those were legitimate existential threats to our way of life. Our current issues simply are not that horrifying in comparison. So we pick fights about lesser things just so we can fight and scream at somebody – anybody!

Point 2:  Us lazy? Well… maybe not so much lazy as busy with the rest of our lives. Who has the time to do serious research and thinking on every single issue that floats on by? Especially given the convenience of our two-party system? All we need to do is decide if we’re on the Red Team or the Blue Team, and then agree with and root for our team and our own chosen media “experts.” Wouldn’t be a completely bad strategy except for point #3, that…

Bashing opponents is a highly effective strategy for getting elected and selling advertising. Negative campaigning works. Study after study confirms it, including one published this past summer which bluntly concludes, “…positive political advertising was found to be ineffective.”

These three factors have and continue to conspire to reduce our political discourse to the point where it’s an enormous insult to our collective intelligence.

So what can we as thinking Americans do about it?

I think I’ve stumbled upon an organization that not only provides those sorts of opportunities, but also publishes text, audio and video covering them. It’s called Better Angels. At the very least, they’re trying. At best, they might be onto something truly significant. They might just inject some genuine civility and intelligence into our political discourse.

They describe themselves as “a bipartisan citizen’s movement to unify our divided nation.” Their FaceBook page provides more context:

“Today Americans increasingly view their political opponents not only as misguided, but also as bad people whose ways of thinking are both dangerous and incomprehensible. This degree of civic rancor threatens our democracy.

Launched in 2016, Better Angels is a bipartisan citizen’s movement to unify our divided nation. By bringing red and blue Americans together into a working alliance, we’re building new ways to talk to one another, participate together in public life, and influence the direction of the nation.”

I became a member of the group last month. Costs all of $10 a year. I’ve read, listened to and watched enough of their stuff to convince me they’re worth more of my attention, and in fact, some more active participation on my part. Here are four things that led me to this conclusion:

Do I have any reservations? Sure… I get a little bit of a “Kumbaya, let’s hold hands and sing” sort of vibe from them at times. And in one of the podcast episodes, a leader in the organization acknowledges that it’s easier to recruit those who lean left vs. right. I’d also like to see more depth in the issue debates. Their effort seems to stall a bit once each side realizes that the other side isn’t a bunch of raving lunatics. It’s a little frustrating to NOT get to a more concrete, mutual action plan.

That said, Better Angels is a relatively new organization. They really do need to first focus on generating and sustaining MANY more ongoing, respectful conversations. The depth will come in time. I strongly suggest you check them out and consider participating.

I’m your Intentionally Vicarious host, Todd Youngblood. I have checked out Better Angels. I am getting more deeply involved – starting with this episode. And the organization is already helping me to continue to have more fun than anyone else I know.