“It is difficult to make predictions, especially about the future.” 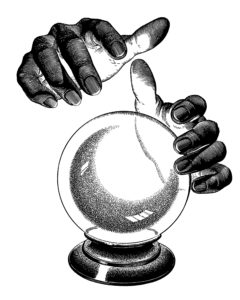 Even though the saying is most certainly true, I’m officially going out on a limb and making a prediction. I am 100% certain that it too, will turn out to be completely true and accurate. Please take note of the fact that my prediction is not some simple yes or no, true or false type statement, but consists of multiple discrete components.

In the very near future, President Trump will nominate an individual to succeed Justice Anthony Kennedy as a member of the Supreme Court of the United States.

Chuck Schumer, Nancy Pelosi and the rest of the Democrats in Washington will lead the righteous indignation in condemning the nominee for the following:

Bonus left-wing comment:  The “nuclear option” – which would allow the Senate to confirm the nomination with a simple majority of 51 votes, rather than the two-thirds supermajority normally required – is an abhorrent concept

Mitch McConnell, Paul Ryan and the rest of the Republicans in Washington will lead the avalanche of effusive praise using phrases like:

Bonus right-wing comment:  Given the obstructionist, politically driven Democrats, the “nuclear option” is the only hope of ever getting Senate approval.

Whomever it is that is nominated will eventually be confirmed. Within two weeks following confirmation, the mainstream media on both the left and the right will forget about the disaster/triumph with the Supreme Court and will move on to excoriating/praising Trump’s next action.

At this point, you’re probably nodding your head in agreement and realizing that you – or anyone who pays any attention at all to the goings on in Washington – could easily make this same obvious prediction. Feel free to insert your own expression of disgust and frustration with the sorry state of Congress and the attention-craving media that serves the attention-craving political class. It will be a bit like watching a clown show, and would in fact be entertaining, if it weren’t about such genuinely serious business.

Personally, I intend to do something that Congress and the media will not. That is, withhold judgement and not comment on the nominee until I’ve had time to actually research his or her record and reach an intelligent conclusion.

I’m your Intentionally Vicarious host, Todd Youngblood. Smugly smiling knowing that my prediction is spot on. I’ll also keep questioning, exploring, thinking and working at having more fun than anyone else I know. Thanks for listening.