By Todd YoungbloodApril 26, 2019Friends
No Comments 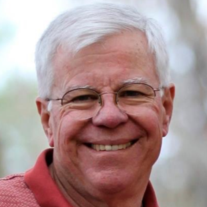 On the one hand, the topic for this week’s episode is out of step with the Intentionally Vicarious theme. On the other hand, the conclusion couldn’t be a better fit. In any case, I feel compelled to tell the story…

Three weeks ago, a buddy of mine died. For me, it came out of the blue, Now that might seem a little odd. It’s logical to expect that I’d be aware of any good friend’s significant medical issues, but with Crosby, I wasn’t. And therein lies the point.

I really didn’t know him all that well. He and I first met less than a year ago. Some background is in order…

I’ve got two other buddies I‘ve known since the late 80s, and we’ve done all sorts of stuff together with our significant others for what seems like forever. Dinners, football games, tailgates, concerts, birthday parties, you name it. About three years ago, the daughter of one of the group gave him a gun club membership as a gift. The club, it turned out, allowed for what amounts to unlimited guest passes, so the three of us fell into the habit of shooting together once a month and then having lunch and few beers. (Note that the beer follows the shooting…)

Around the same time, I began adding a few improvements to the 10 acres I own in the North Georgia mountains. One of those improvements is a shooting range. It did not require any great leap of insight to conclude that the group should now convene twice a month – one time at each location. For that first foray to what has become known as “Camp Youngblood,” we added a fourth member. So we now had two guys in the gun squad who are also members of Southeastern Greyhound Adoption. (Check out the IV episode on that group!)

This genuinely “having more fun than anyone else we know” collection of characters fell into a regular routine. Being the mature adults we all are, combined with our regular toting of guns through the woods, resulted in us referring to one another as General Y, Colonel C, Colonel V and Colonel S. Then late last summer, Colonel C requested another addition to the regiment. Another greyhound guy no less… That’s how “Private O” came into my circle of buddies.

He blended in instantaneously. Like he’d been part of the group all along. He started busting everybody’s chops and wise-cracking from the get-go. What we all found particularly hilarious was how he’d alternate his approach to dealing with being the only so-called “Private” among 3 self-appointed “Colonels” and a “General.” He’d usually start with grousing about the overall incompetence of his companions, then switch to mock indignation at how his skills and value were not recognized and finally prostrating himself with pleas for consideration for promotion to at least Sergeant.

I won’t bore you with any more details about this gang of mine. I think you get the idea. Almost certainly, each of you has been and/or is now part of a similar group. You know what it’s like. You already know how fun, and ultimately how fulfilling it is. And maybe you’ve lost a member or two along the way as well.

The thing that sticks with me the most though, is the old biblically-based slogan – or maybe I should call it a cliche – “Eat, drink and be merry for tomorrow we die.” It has suddenly taken on a much deeper meaning. Last month, I was hanging out and having a blast with this guy. Yesterday, the original quartet got together and with the first beer we toasted Crosby. We swapped stories about him. We talked about the hole in our group we all felt. We all affirmed that he’d be the first to reinforce the importance of the “eat, drink and be merry” thing.

I’m your Intentionally Vicarious host Todd Youngblood – grateful for all my friends past and present. Grinning as I write this and remember the antics and friendship of my recently acquired and lost buddy. And rededicated to having more fun than anyone else I know. That’s what Colonel O himself would advise. I think you need to heed his advice.

Thanks for paying attention… And if you feel so moved, since Crosby was extremely dedicated to greyhound adoption, donate to the Southeastern Greyhound Adoption cause.