Music and Understanding the Universe 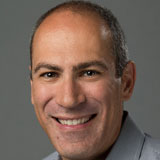 More than once, I’ve heard it said that music and understanding the universe go hand in hand. Music may not be the only thing necessary to gain that kind of insight, but it for sure makes the journey faster, easier and whole lot more fun.

To take a few more steps down that path, I reached out to Dr. Michael Alexander, a friend and former colleague who is now Director of the School of Music at the University of Northern Colorado. He and I met when I joined the Board of Directors of the Georgia Symphony Orchestra, where at the time, Mike was Music Director. As always, Mike delivered a healthy dose of perspective on music, the music business and where it’s all headed.

As you’d guess, the GSO was and still is primarily focused on classical music. Going back more than a decade though, GSO Jazz has been setting the standard for that genre in the Southeast. That in and of itself reflects Mike’s belief in the notion that not only is ALL music fundamentally the same, but it also contributes to a whole plethora of other aspects of simply being human.

It’s odd – for me anyway – to accept the fact that only about 3% of people like classical music. Mike says it’s that low because for most of the 20th century it was delivered the wrong way. It was expensive and difficult to hear classical music! It also went out of its way to maintain an “elitist” feel. You had to buy an expensive ticket, research the piece being performed and learn a bit about the composer so you could appreciate it, get dressed up, get to a venue, know when and when not to applaud and basically sit stoically and silently throughout the performance.

Ugh… Thinking about it that way makes it sound like an awful experience!

Thankfully all that’s going away. There’s nothing better or worse about classical vs. other types of music. It’s just different. Just listen to it! There are in fact times when classical is exactly what fits your mindset. Other times jazz or folk or bluegrass or rap or whatever is going to fit the bill better.

As Mike put it, “Not many people are going to dedicate their lives to music like I did. In fact, that’s not necessary. Different types of music will for sure stimulate your brain. Listening to Beethoven will make you feel emotions differently.”

He also pointed out that music can even transcend language barriers. It can connect us in ways that can’t be done with words. Or my favorite comment…

We also talked about making music when you have exactly zero skill or interest in learning how to play an instrument. That’s what computer technology has done. One example is the software that came with the keyboard I recently bought. This freebie program enables me to record and/or edit and/or mix 12 separate audio tracks. I can get all the bits of the music from whatever source I want and create a totally original piece.

Combine that with all the free music sharing services and I can publish it!  Wow… Contrast that to pre-2001. To do the same thing, I’d need to hire musicians, build a recording studio, hire an audio engineer, pay to get a vinyl record manufactured in bulk, convince 100s of radio stations to play it. Ugh… Now that was a hell of a set of barriers that is G-O-N-E!

And there’s one more fascinating topic we discussed…

Music really does help you understand life and the universe.

Think through the example of a college student who majors in music, and later decides on a totally different career path. What will that student have learned. Well, lots of things, but take a look at this subset:

Sounds like a set of skills that apply to ANY career!

So is it worth thinking a little more deeply about the music that surrounds you? To be more intentional about what you listen to? To invest a bit more effort in using music to understand the universe? Yeah. I think so!