Me? A Dangerous Felon? 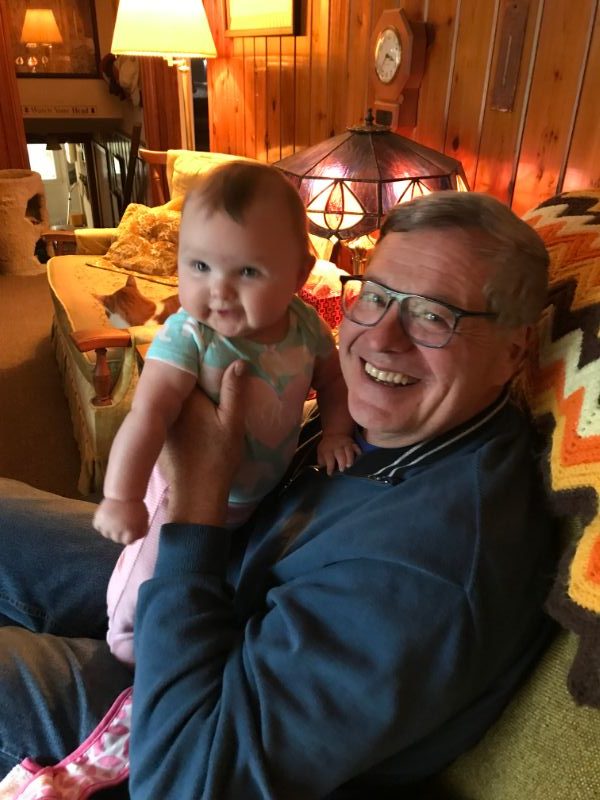 Does the guy on the right look like a dangerous felon to you?

Recently, a couple I know stayed over at my house for a few days as they passed through Atlanta on their way to a short vacation in New Orleans. I’ve been friends with D for over 40 years and with his wife V for the 25 years they’ve been married. To say we all know one another extremely well is an understatement.

Both are highly intelligent, well educated, well read and earned my deep respect and affection long, long ago. True friends we have been, still are and will remain. That said, their political views and my political views are pretty much polar opposites.

…which led to an intriguing, but disappointingly unfinished, conversation over breakfast just before they left town. I started putting together an email to send to V to ask her to finish one particular thought, when it occurred to me that the topic was tailor made for an Intentionally Vicarious episode.

What follows is the content of that draft email with names disguised to protect the innocent and a few [SIDE NOTES] to add some nuance you wouldn’t otherwise know. The topic in question was my opinion regarding the 2nd Amendment now that I’m a gun owner. I purchased my first firearm, a Glock Gen 4 Model 34, 9mm semi-automatic pistol with a standard 17 round magazine, in January of 2016.

First of all, hope you guys enjoyed NOLA! Also, had a blast during your ATL stopover. We need to get together more often!

Anyway, we’ve got an unfinished conversation… When we were talking over breakfast about guns, you used the word “bizarre” to describe your feeling about my owning a pistol that’s pretty much standard issue for cops worldwide. Why bizarre?

It was the first firearm I bought, and I chose it for several reasons. Being a newbie, I wanted something with the latest and greatest safety features, proven durability and reliability, and with a simple design that is easy to learn, operate, clean and maintain. I also wanted something of relatively small caliber to minimize recoil so I didn’t have to deal with that as I learned. Finally, I didn’t want to break my bank account.

Police departments – no surprise if you think about it – use similar criteria. As a happy consequence, pistols with those characteristics are manufactured in large volumes which drives the price down. Ditto for the ammo.

So… After taking a formal, NRA firearms course that included both classroom training and hands-on firing range time, and watching tons of YouTube videos, that’s the decision I made. Seems like anything but a “bizarre” decision process to me.

Or is it the hobby itself you find bizarre? That’s certainly understandable. I see lots and LOTS of people’s hobbies that I find bizarre, but that’s their choice and none of my damn business! 🙂

Personally, I find the all technical details surrounding guns to be absolutely fascinating. Also, the challenge of developing the mental and physical skills required for marksmanship, along with the associated competitive events, is a blast. (OK… maybe that pun was intended…) I’ve met a TON of people and made a dozen or so genuine new friendships as a result of those contests.

Tell me why and how this behavior is bizarre! And more seriously, tell me why, if GA had laws like those in NJ, I’d literally get thrown in jail for being guilty of more than a few felonies. For up to 30 years! Along with fines for up to $200,000. Me? A dangerous felon???

[TWO SIDE NOTES HERE:  I’ve purchased more than the Glock since 2016, and, regarding my brushes with the law, I’ve gotten a half-dozen or so parking tickets and I think 3 speeding tickets in the 50 years since I got my drivers license. That’s the sum total of my crimes against humanity. Now back to the email…]

And what about those new friends I’ve made; many of whom own more firepower than I – they’re dangerous felons too? And the other 43% of American households with a gun owner just like them & me – they’re all dangerous felons? To me, to believe that, is bizarre!

Seriously, V, I genuinely want to know your thoughts. I’d like to do a few more 2nd Amendment episodes for my podcast, and having perspective from someone whose opinions I respect would be really helpful!

So there’s the content of the email that I never actually sent. I know I’ll get a piece of V’s mind in response to this episode anyway. If the spirit moves, I hope you’ll feel free to do so as well in the comments section.

BEFORE YOU GO ALL GUN–CONTROL–NOW ON ME… Of course I know there’s a lot more to the debate. But right now, I’m just trying to understand 2 things:

I’m your Intentionally Vicarious host Todd Youngblood – Planning on meeting 4 buddies tomorrow for another marksmanship competition followed by lunch, laughs and a few beers. Still pretty sure neither I nor they are dangerous felons who should be fined and locked up. And still having more fun than anyone else I know.

If this episode got your brain working and/or your blood pumping, please tell all your friends and colleagues about it. You might also want to check out this episode and this one for more thoughts on the 2nd Amendment.

Thanks for paying attention… And if you’re interested in additional thoughts on guns: