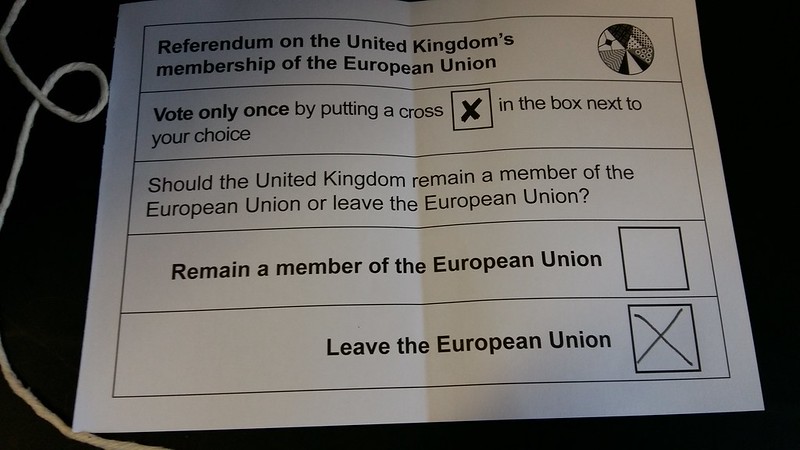 The continuing hoo-ha boiling around Brexit has been going on for over 4 years now. It’s also beginning to look like the 10/31/19 “drop dead” date will get extended yet again. Seems like an awfully long time to me. Seems like there must be more going on here than meets the eye. Actually, there is something more going on, and it’s a good thing; a really good thing. It’s something We The People here in the U.S. need to take note of and understand.

The citizens of the UK are saying, “Enough is enough!” with regard to centralization of political power.

The so-called “elites” don’t like it much, but the people have spoken. They took a look at all the continuing centralization of political power and decided it’s more than just a bad idea. That it’s a prolific generator of unintended consequences, many of which are inevitably dangerous and destructive. All through history, great centralized powers have eventually collapsed. The Roman Empire, the British Empire and the Soviet Union are just a tiny fraction of the better known examples.

The crux of the problem is that centralized decision-making, power and control feeds on itself. Over time, it inexorably pulls more and more power into the hands of fewer and fewer who are farther and farther removed from the consequences of the decision-making. Eventually, those on the receiving end of all those decisions say, as the British have, “Enough is enough.”

Some degree of centralized political power is a good thing and makes all the sense in the world. When one region or country, for whatever set of reasons, becomes more successful socially and/or economically and/or technologically, it is perfectly logical for other regions and countries to want to take advantage of that social and/or economic and/or technological advance. Joining in some sort of alliance with that first region or country is an eminently sensible strategy.

That’s exactly what a handful of countries did just after World War II. No less a figure than Winston Churchill promoted the notion of some sort of trans-national European alliance. The driving goal behind the movement was the prevention of yet another massive war – an outstanding goal if there ever was one! It’s instructive to note here that Churchill ultimately withdrew his support as he became increasingly concerned about compromising the UK’s sovereignty. Perhaps he saw the dire risks of too much centralization…

In any case, in 1952 after several years of haggling, Germany, Belgium, France, Holland, Italy, and Luxembourg formed the European Coal and Steel Community, the ECSC. Their logic – some pretty solid logic I might add – was that free trade would promote not only peace, but also economic growth. They expanded their agreement in 1957 via the Treaty of Rome which created the European Economic Community or EEC and Euratom, the European Atomic Energy Community.

Additional nations joined up throughout the ’70s and ’80s, notably the UK in 1973. The Maastricht Treaty in 1993 renamed the alliance the European Union and was constructed on the following “three pillars:”

In 1999, a common currency, the Euro, was adopted and the Treaty of Amsterdam came into effect. This treaty specifically brought employment, working and living conditions, and other social and legal issues into the EU. The Lisbon Treaty of 2009 made the offices of EU President and Foreign Minister permanent, and further expanded the EU’s legal powers.

Then on June 23, 2015 in a national referendum, the people of the UK voted 51.9% to 48.1% – a margin of 1.3 million votes – to exit the EU. They’ve been trying to figure out how to do so without blowing up their economy ever since, accompanied by many calls for a do-over of the vote and intense pressure from the rest of the European Union powers that be to maintain the status quo. Obviously, they in effect say, the unwashed, populist masses didn’t understand and voted the wrong way. Those crazy Brit masses don’t realize how important it is for the EU to be the seat of power and control.

To summarize the UK’s EU history… During the course of World War II, the British concluded that joining some sort of trans-European Alliance was a good idea so that future catastrophic wars could be avoided. They formally joined up in 1973 and over the next 42 years the British people watched as the centralized EU political apparatus inexorably pulled more and more power into itself. From peace-making – to common security – to intelligence sharing – to free trade – to a common currency – to open borders – to detailed rules and regulations regarding food, health, workplace conditions, equal pay, maternity leave, animal rights and a host of other issues. In 2015, they said, “We’re outta’ here.”

This organization, the European Union, created for an extremely good reason – preventing war among European countries – took on a life of its own and slowly but surely expanded its role, influence and power, and continues along the path to more and more detailed micro-management of everyone under its purview.

The lesson here is to be wary of supporting the centralization of political power. Sometimes for some things centralization is a really, truly excellent idea. But even though we centralize power for a good reason, we do in fact then subject ourselves to power that is centralized. And what do people and organizations with power do? Well… they exercise it and they expand it. Perhaps with the noblest and best of intentions, but they can, do and will continue to exercise and expand that power.

Ever see good intentions go awry? Are you familiar with how many people who were prescribed opioids to cope with post-surgical pain are now hopelessly addicted? Or what about kudzu? It was imported from Japan as a miracle cure for soil erosion. It worked! But, ooooops… It grows as much 60 to 100 feet per year and smothers everything else in sight. The U.S. Department of Agriculture eventually changed its mind, declared it a destructive weed and estimates it wipes out around $100 million worth of farm and timber production annually. Remember that the road to hell is paved with good intentions?

And is it conceivable that a few people within the EU bureaucracy DO NOT have good intentions? That their motives are less than selflessly pure? That they’re only there to advance their own well-being? Is that possible???

OF COURSE, the British people said, “Enough is enough!” and voted to get the hell out of the EU.

Also, just to be certain there is no confusion, the opposition to the EU is not due to an over-supply of stupid, ignorant, bigoted, under-educated populists. Sure, of course there’s some of that, but for the most part it’s due to thoughtful, educated people who believe in personal freedom and individual responsibility. The “idiot populists doing the wrong thing” propaganda in just that, propaganda.

So what does all this have to do with we Americans? It’s pretty obvious, I’d say. Our federal government – our centralized government – has grown steadily and continues to do so. It’s now spending $4.4 Trillion annually. Every year it increases its share of our GDP by 2.3% or so. It goes into additional debt at a $1 Trillion per year clip. Inexorably, more and more money and power is getting sucked up into Washington, DC. More and more control over our daily lives is constantly getting sucked up into that centralized behemoth. In my book, we should have said, “Enough is enough!” a long time ago. How about we study the example over there in the UK and decide we need to do the same sort of thing? To move power and control and decision-making as close to those directly affected by those decisions as possible. We’re way overdue.

I’m your Intentionally Vicarious host Todd Youngblood – Cheering the British and urging them to stick to their guns and exit the EU – Totally sick and tired of hearing that only know-nothing, moron populists fear steadily increasing centralized power… When anyone with more than a passing knowledge of history realizes that all – ALL – countries and empires that steadily increased centralized power eventually fell – And with that happy thought, I’m going to continue to have more fun than anyone else I know.

It’s no secret that Intentionally Vicarious (i.e., Todd Youngblood, yours truly) is very, very suspicious of centralized government power. Check out additional perspectives on why continued centralization threatens our way or life. De-Centralize!