Just How Ridiculous Is Our Political Discourse?

A quick note:  Speaking of having more fun than anyone else you know… Making cash donations to worthy causes is something we all should be doing regularly. Going to https://intentionallyvicarious.com/give/ and donating a few bucks will make you feel good about yourself. Please do so! 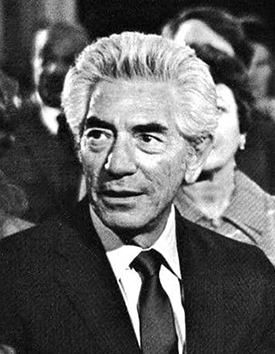 “…a man in my position can’t afford to be made to look ridiculous.”

One of my all time favorite movie lines was delivered by the actor John Marley in his role as movie producer Jack Woltz in The Godfather. You remember the character. He’s the guy who found the severed horse’s head in his bed the day after he told Tom Hagen, Vito Corleone’s adopted son and consigliere, that “…a man in my position can’t afford to be made to look ridiculous.” Well, since we’re already on the topic…

Political discourse in the United States is ridiculous.

…and since neither you nor I can afford to be made to look ridiculous, we need to think about how we talk about and form opinions about political issues. It’s WAY too easy to get sucked up into the mainstream sets of talking points. It’s difficult to NOT just go along with the flow. For starters, we can all become more aware of and compensate for the Top 3 Most Ridiculous Things About American Political Discourse:

First, let’s talk about binary… Tune your TV into one of the talking heads shows. Any day, any time, anywhere, for any topic, you’ll hear “the two sides of the story.” And that’s ridiculous. How many situations in life have just two sides; are truly that cut and dried? Yes/No, For/Against, Red/Blue? Damn few. In fact, practically none.

Take Gun Control, for example. Are you for or against “common sense” gun control? Proponents of stricter gun laws love to talk about how, according to polls, more than 90% of Americans are in favor of “common sense gun control.” OK… But what does that mean exactly? Does it mean confiscation of all guns from all American citizens? Does it mean banning so-called “assault rifles,” whatever they are. Does it mean testing and certification as a prerequisite for purchasing a gun? Does it mean universal background checks – whatever that means? Does it mean a minimum age requirement? What the hell DOES it mean?

I’ll tell you what it means. Nothing. Advocating for “common sense” gun control is ridiculous because the phrase is so ambiguous that it’s utterly meaningless.

Common sense is great, and absolutely essential for avoiding doing and saying stupid things. That’s it. Common sense is for the prevention of stupidity. Everything else in the universe requires specialized, difficult to acquire, uncommon sense. The ridiculous, binary Yes or No choice for common sense gun control is ridiculous.

“Are you Pro-Life or Pro-Choice?” is another example of a ridiculous, binary question. Apparently there’s some rule in the news media world that requires picking one or the other. It’s simply not that simple. Consider the following slightly modified, but logically identical question. Are you Anti-Life or Anti-Choice?

I’ve been asking that question a lot lately to see what kind of responses I get. Ask yourself that question. Odds are you’ll have one or more of the following 3 reactions. You’ll think:

But we all listen to the first version of the exact same question all the time and never bat an eye. We’ve been bludgeoned into becoming used to it. The fact of the matter though, is that asking if someone is Pro-Life or Pro-Coice is every bit as ridiculous as asking if someone is Anti-Life or anti-Choice. EVERYBODY is “Pro-Both” for crying out loud! So remember…

You cannot afford to be made to look ridiculous by taking simple-minded, binary Yes/No, For/Against, Red/Blue positions regarding complex issues.

Now let’s talk about truncated. And I’m not talking about a fact here or a perspective there that gets cut out of the discussion. I’m talking about many, MANY facts and multiple perspectives that are simply not part of the conversation. They get cut out. The debate gets truncated. Can you think of TV or radio news story that didn’t quite cover all the aspects of an issue about – let’s say immigration?

The typical-length TV or radio segment runs about 90 seconds to 2 minutes. That’s more than enough time to review and resolve the immigration debate, right? Yeah, right… A left-leaning commentator will focus on the unconscionably evil, anti-immigrant, anti-people-of-color, anti-family, child-abusing Republicans and the beastly individuals who somehow find employment with ICE, and will ignore everything else. A right-wing commentator will focus on the hordes – including thieves, rapists, drug dealers and other criminals – who are illegally crossing the border all the time to find new victims, get at all the free food, housing, health care and education, and to pack more Congressional districts with new Democrat-leaning residents, and ignore everything else..

What if the TV or radio station devoted 10 times the coverage to the story? With a whole 20 minutes, we’d get a full treatment of the subject! Sure… What we’d actually get is a few additional series of emotionally-charged sound-bites from both sides, mostly shouted simultaneously. Note, by the way, that not only would the discussion still be truncated – cut woefully short – it would also present yet another ridiculous, binary choice.

Also consider political debates. The basic structure for the most recent Presidential debate consisted of a series of questions followed by 1-minute answers. 1-minute answers? Seriously??? Seriously!!! And it all seemed perfectly normal didn’t it? How ridiculous is that? Think about trying to explain your conception of a better American health care system in 1 minute. Think about just trying to list all the entities involved in our health care system!

There are legions of information technology geeks. There are those who know all 68,000 ICD-10 codes that enable tracking the frequency and cost of literally every single medical procedure performed in this country. Then there are all the educators who teach all these people what they need to know. There are still more people who manage billing and collections and the financing of all those buildings I mentioned a minute ago.

Oooooops!!! Something I mentioned a minute ago? I started out just trying to list all of the entities involved in our health care system in 1 minute. I doubt I got them all. And we haven’t even begun to identify, much less discuss, all the permutations and combinations of all their interactions. But presidential candidates can do all that and more in 1 minute. How insanely ridiculous is that friggin’ idea? But that’s the basis on which the vast majority Republicans choose among the 20 or so presidential primary candidates in 2016. That’s how the vast majority of Democrats will choose among the 20 or presidential primary candidates in 2020.

Need I remind you that you cannot afford to be made to look ridiculous by making simple-minded decisions using massively truncated sets of facts?

Finally, let’s address by far the most insidious aspect of American political discourse; the fact that it’s all carefully orchestrated – and far, far too often – we all play our meticulously choreographed parts.

Now, I know what you’re thinking….

You’re thinking that you cannot be so easily manipulated. That you would NEVER simply go along with some choreographed script prepared by anonymous political masterminds. Ha! DO NOT KID YOURSELF. We all do exactly that a whole lot more than we realize. Tell me which of the following examples makes you just a tad uncomfortable when you realize you’re repeatedly guilty…

Or how about you’re a Democrat in a roomful of Republicans (or vice versa), and you nod and go along as if you’re actually in agreement with the political ideas being discussed. You really don’t feel like rocking the boat in this situation… Rather than start and risk losing an argument when you’re outnumbered, or spoiling the mood, or losing friends, or making new enemies, or being ostracized, we just go along to get along.

Keep score for the next week. See how many times you either bite your tongue, or agree – albeit reluctantly – with something you oppose. I’ve done it. It’s humbling.

It’s also frightening to realize that there are two – I repeat just two – gigantic and diametrically opposed political machines supported by legions of lobbyists, special interests, media and literally billions and billions of dollars that choose which topics get discussed, when, why, how and for how long. Without investing 20 or 30 hours a week to do your own research and thinking – you can be the smartest person in the country and still get swept up and carried along by the flood of political propaganda that inundates us from all angles 24 X 7 X 365. It’s frightening, and it’s frightening because…

None of us, not one of us, can afford to be made to look ridiculous by the Red and the Blue political machines that are hell bent on manipulating our beliefs by orchestrating the news and perspectives we all continuously consume.

I’m your Intentionally Vicarious host Todd Youngblood – Trying mightily to at least be aware that political discourse in America is Binary, Truncated and Orchestrated – That political discourse in America is ridiculous – That for the sake of our children, grandchildren and all future Americans, we must all stand up to the political industry and loudly and repeatedly declare that I will NOT be made to look ridiculous!

And yes, I’m still having more fun than anyone else I know.

If this episode got your brain working and/or your blood pumping, please tell all your friends and colleagues about it. Send them a link to the episode or show them how to subscribe to the Intentionally Vicarious podcast on their phones.