Higher Education Ain’t What It Used To Be

Last Fall, I did an episode about how Congress – by throwing money willy-nilly at college students – directly and unmistakably caused the so-called “Student Loan Crisis.” They created a river of easily-accessible cash to buy college educations which: 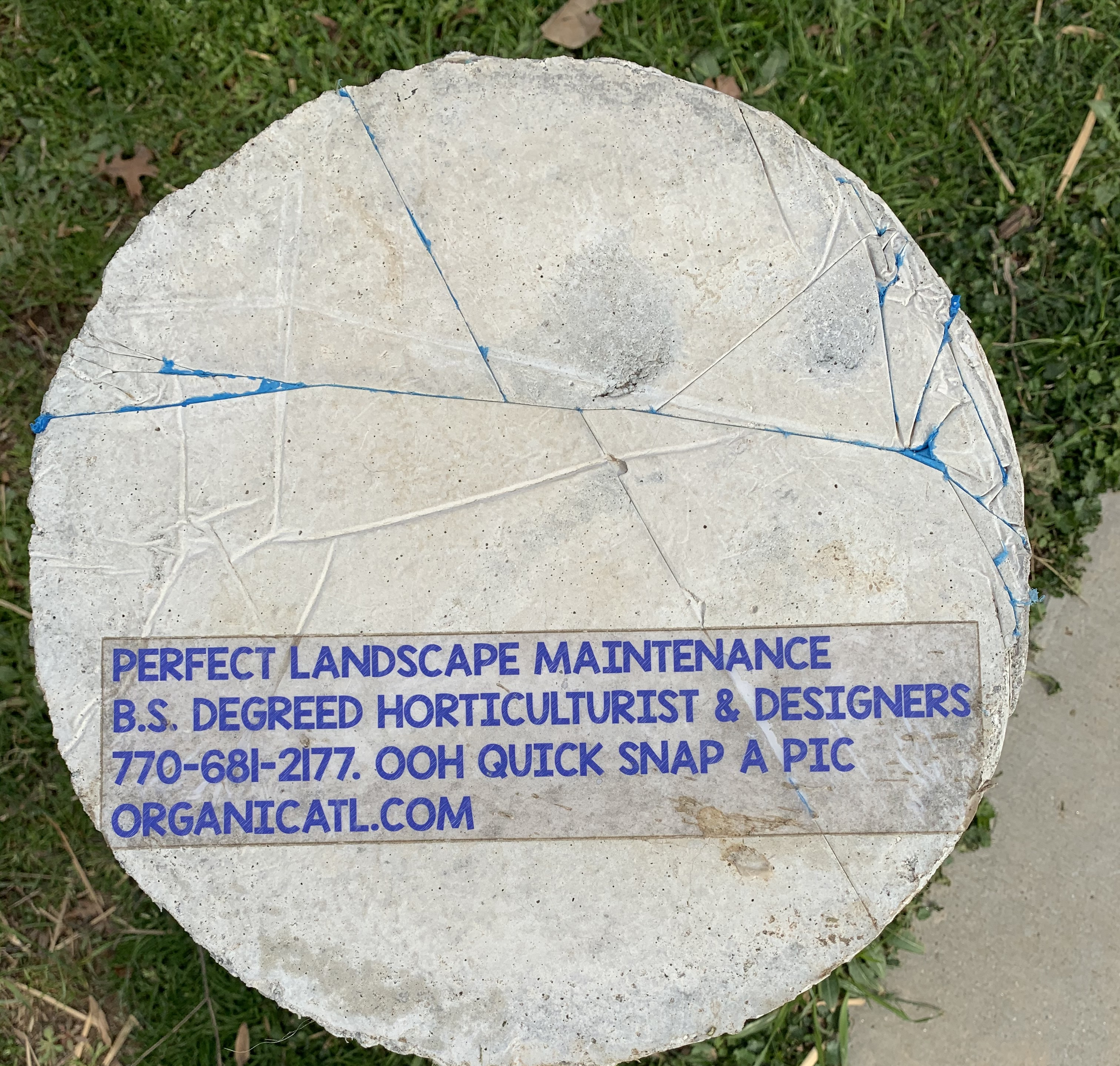 That said, many studies (like this one from Georgetown University), indicate that “about 90% of the jobs in four of the five fastest growing occupational clusters require postsecondary education: Healthcare Professional and Technical Occupations, STEM Occupations, Community Services and Arts Occupations and Education Occupations.” Just yesterday, I came across a “Help Wanted” posting from a lawn care company searching for B.S. Degreed Horticulturists & Designers. Yup – a lawn care job that requires a Bachelor’s Degree! In other words, economic survival pretty much requires advanced education. Without it, you’re doomed to the unemployment line or at best to chronic under-employment.

So, getting a traditional, 4-year degree is the only gateway to a successful career for anybody?

[NOTE:  Please re-read the above question, this time dripping with as much sarcasm as humanly possible.]

Let’s get some perspective on the challenge of knowledge acquisition. Maybe we can dream up an alternative or two to a traditional college degree. (Or maybe, just maybe, alternatives already exist!)

One little problem with this story about Mr. Franklin though… He only had two years of formal education. Yup… The man considered to be one of the most learned Americans of his age attended the Boston Latin School for one year and George Brownell’s English School for another year before starting his apprenticeship with the family candle and soap making business. And oh… He was 12 years old when he started that job.

How could a Colonial-era American possibly acquire so much knowledge? Especially considering that the one and only educational technology in existence back then was the book!

Now, to be sure, Franklin was an oddball for an educated man, in that he didn’t attend college and never earned any formal academic degree of any kind. He had, in fact, exactly zero in terms of formal educational or knowledge certification. He had no credentials whatsoever.

What’s fascinating is that Plato’s students at the ancient Greek Academy and I had a virtually identical collegiate academic experience.

In the early 1970s, the only, really notable differences were indoor plumbing and overhead projectors in the classrooms. For all intents and purposes, it was the same sort of physical college setting and the same technology. I think, though, it’s safe to say things have changed since 1975.

Let’s examine three of those things that are in the process of making the centuries-old, standard model for a college education painfully obsolete. Now, I’m not advocating that we throw the entire thing out! But for 80% of the college experience for 80% of the students? Yeah, let’s throw it out. Anyway, here are the three things that are turning formal, advanced education on its head:

The Knowledge Explosion – Back in 1981, Buckminster Fuller provided a good way to think about it. He started with the notion that from 50,000 or so years ago up to the year 1, mankind had accumulated 1 unit of knowledge. 1,500 years later, in the 16th century, total knowledge had doubled to 2 units. 250 years later, in Franklin’s time, it had doubled again to 4. The next doubling to 8 took only 150 years. By 1950, “Knowledge Doubling” was occuring every 25 years. Today, it’s doubling in just 13 months. IBM scientists predict that once the “internet of things” gets really established and rolling – well within the lifetime of the current college student – knowledge will double every 12 minutes!

The sum total of all human knowledge will soon be doubling every 12 minutes???

In that context, how important and valuable does a traditional 4-year bachelor’s degree seem? By your Senior year, what you learned as a Freshman will be ancient history. How could a centuries-old learning process and environment possibly be up to the task? Simply put, it can’t. The necessity to practice deliberate, intentional lifelong learning is undeniably more essential than ever.

Then there’s The Technology Explosion. Think about this now… From Plato’s time through the 1980s, the book was literally the key educational technology, effectively the only educational technology. Then in the 90s, the internet happened. While I read fewer books than I used to, I actually read a lot more in total. This includes multiple online newspapers, a dozen or so blogs, gobs of wikipedia entries and an untold number of other web pages hyperlinked from all of the preceding.

And then there are podcasts. Tons and TONS of podcasts on any and every topic imaginable. Pick a topic, any topic. I guarantee you, there are multiple podcasts on that topic – available for free – that can provide you with the equivalent of a Masters Degree.

And then there’s YouTube and other video sources of educational content that run the gamut from the highly curated, like TED Talks, to the random folks recording themselves from their laptop cameras. Low production value perhaps, but amazing and insightful content nonetheless.

Perhaps equally significant to the many orders of magnitude increase in high quality content, we also now have inexpensive and ubiquitous video conferencing. With Skype for example, up to 25 people can join a video conference for free. As both Plato and Ben Franklin knew, absorbing content from the available technology is not enough. Discussion – thoughtful, thorough discussion – of the topic at hand is also essential. That discussion needs to include a knowledgeable “Professor” of some sort, as well as a deeply engaged peer group. No, a video conference is NOT as effective as a real face-to-face discussion, but think about free vs. a $100,000 student loan debt…

Speaking of massive student loan debt, do you think the colleges and universities that have been wallowing in government provided cash see any handwriting on the wall?

You bet they do. In fact, formal, online education is absolutely EXPLODING! There are a host of educational organizations you probably haven’t heard of like Galvanize, HackReactor, HackBright, General Assembly, Udemy and Udacity. There are what might be some more familiar names like Khan Academy and Coursera.

Then are entities like edX. They have over 2,500 courses developed by the likes of MIT, Harvard, Berkeley, The University of Texas, Boston University, Georgetown and on and on and on with the list of brand name institutions of higher learning.

Take a look at the MIT Open CourseWare web site. As it states there, “The idea is simple: to publish all of our course materials online and make them widely available to everyone.” That sentence speaks for itself.

Harvard Extension is yet another fascinating example. Yeah, that Harvard. Want a Bachelor of Liberal Arts degree from Harvard? Take your pick… Head on up to Cambridge, MA with $190K in addition to what you’ll need for room and board. Or… Sign up for the online version which costs a total of $58,880. Either way you get the exact same degree and certification thereof.

Which brings us to The Credentialing Explosion. Benjamin Franklin himself would not receive the least bit of consideration from the lawn care company I mentioned earlier. “Yeah, Ben, you figured out how to harness electricity, and you were the main pragmatic and intellectual leader at that Constitutional Convention thing, but how can I be sure you know when Fescue is better than Bermuda grass for a front yard?” The credential, the “piece of paper” if you will, is still essential.

Well, fear not. The whole “science” of credentialing is a whole lot more developed than you might realize. Many trades and professions have had exams and certifications for forever. A whole industry filled with companies like Getting Smart who provide consulting services to universities and businesses alike, notably including “How To Certify” systems.

Virtually ALL colleges and universities are becoming expert at “Micro-Credentialing.” They must in order to survive. Their strategies must include legitimate, widely recognized certification at a very granular level; literally course by course by course in addition to a full Bachelors or Masters degree.

Not to sound too harsh, but… a good 80-90% of those wallowing in unpayable student debt are suffering due to dumb, self-inflicted wounds. For sure, there is no need for one more individual to get self-saddled with student debt. Alternatives abound.

I’m your Intentionally Vicarious host Todd Youngblood – Saddened that so many are drowning in student loans – Highly incensed at Congress for being the key instigator of the student loan debacle – Energized and excited about plethora of new options for inexpensive, eminently affordable, formally certified higher education – And of course, still having more fun than anyone else I know.