The Governor, The Lobbyist and Hypocrisy 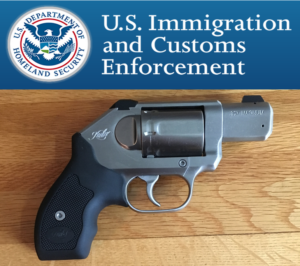 Seems to me that a lot of our high-profile politicians and public figures are either pretty much oblivious to their own blatant hypocrisy or… they’re genuine, for real hypocrites. They’re certainly good at high-minded rhetoric that resonates with and fires up their base supporters, charges up fundraising and keeps the discussion as consistently simple-minded as possible.

I think “We the people” need to focus MUCH more intently on the atrocious contradictions the money and power-seeking political class continuously foist on us.

Examples abound, so I’ll pick two of my personal favorite characters to illustrate.

Consider Jerry Brown and Wayne LaPierre. The former is a staunch progressive/liberal Democrat, present and former Governor of California and vocal, aggressive supporter of using and increasing the power of the federal government to represent, assist and make decisions on behalf of the powerless, unfortunate and downtrodden among us. The latter, is Executive Director and CEO of the National Rifle Association, a Republican, and an extremely vocal, visible, hard-right-leaning supporter of rugged individualism, freedom and personal responsibility.

Governor Brown recently signed a law declaring California a “sanctuary state” where state and local law enforcement are NOT required to enforce federal immigration laws or cooperate with federal immigration officials. Brown and the people of California feel that THEY, not the federal government, know what’s best for California and intend to exercise their Constitutional rights.

Well now… The good governor has apparently become familiar with the 10th amendment which reads:  “The powers not delegated to the United States by the Constitution, nor prohibited by it to the States, are reserved to the States respectively, or to the people.” The people of California disagree with the Trump administration’s position on enforcing immigration laws. Governor Brown apparently believes that the residents of California – NOT the federal government – are the ones who should decide about what goes on in California. How convenient! Sure, it’s 180 degrees from his position regarding OBama-care… But this new-found commitment to the 10th amendment – for this and only this situation – reinforces Brown’s reputation as a champion of liberal social causes.

So just for the record… The progressive leftist Jerry Brown believes the real political power should be pulled from Washington back to the states. (I’ll be polite and call this surprising instead of calling it blatant hypocrisy.)

As for Mr. LaPierre, he and the NRA want federal legislation for “Concealed Carry Reciprocity.” So, for example, someone – like me – with a Georgia permit to carry a concealed gun could legally carry it anywhere in the U.S., including California. GA has very loose (dare I say “liberal?”) gun control. CA is very much on the other end of that spectrum.

Wayne and the NRA love the 2nd amendment. The 10th amendment? Not so much… At least not when it comes to national reciprocity. LaPierre thinks the 10th is vital – but not in this particular case…

Pardon me while I struggle to hold down my lunch. The right-wing conservative wants to pull political decision-making power from the states and into Washington. (I’ll be polite and call this surprising instead of calling it blatant hypocrisy.)

You make your own call with regard to sanctuary states and concealed carry reciprocity – and all of the other positions adopted by our political leaders and those who influence them. Personally, I intend to cling to the notion that the Constitution and especially the Bill of Rights – all 10 of those amendments, all the time – is the guideline to follow. Jerry, with a rare embracing of the 10th and Wayne with a rare rejection of the 10th, “surprise” me…