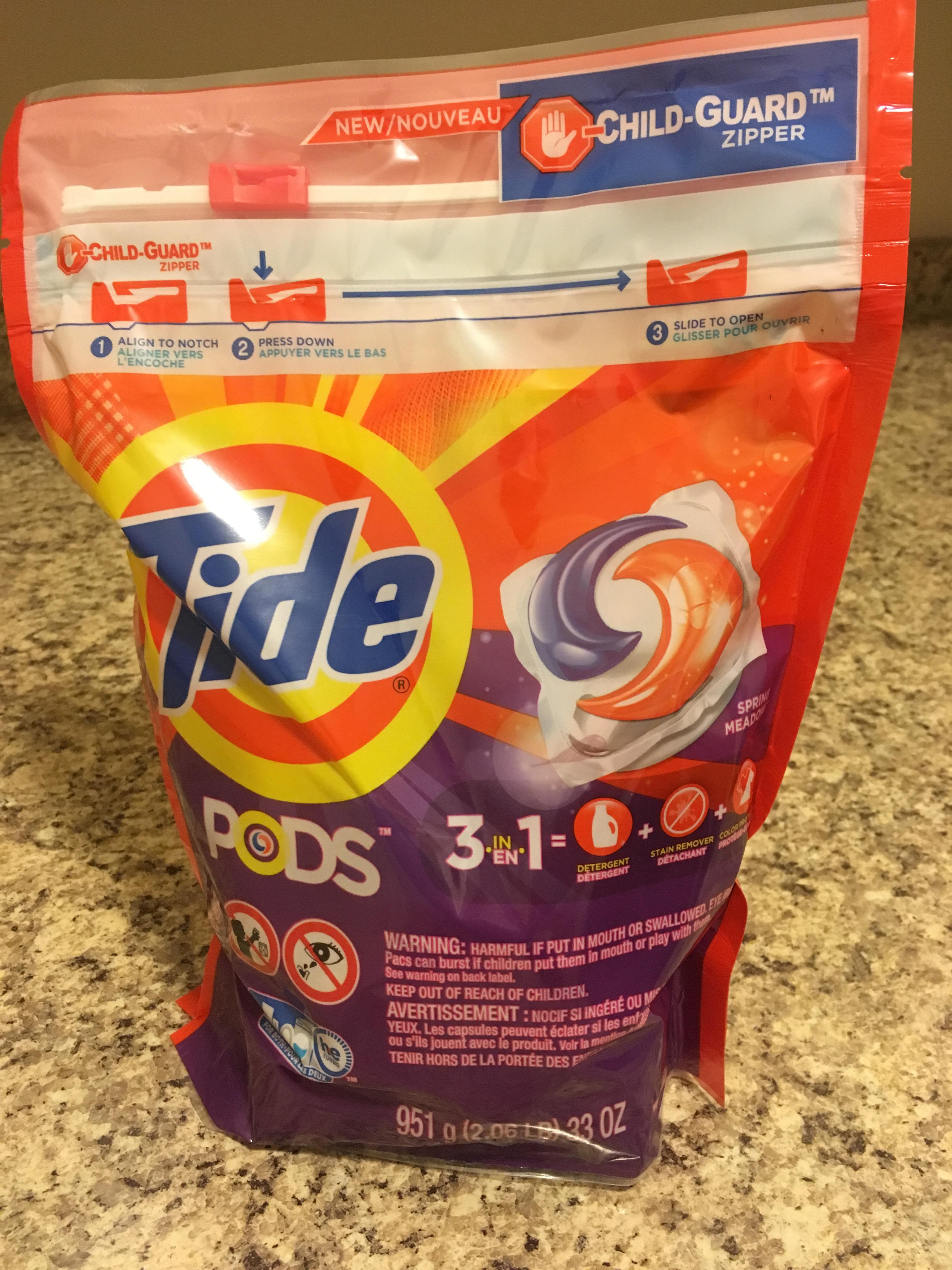 Today’s episode examines two common themes in American life – laundry detergent and politics. (And just in case you’re wondering, yes, the point is to highlight something ridiculous about our political discourse.)

First, laundry detergent. There can be no doubt that I am not the only person utterly confused by the dizzying array of choices at the grocery store, all driven by the complexity of laundry detergent technology, so… As a service to you, as you execute your own detergent decision-making process, I recently did some field research at my local supermarket. I discovered that at the Kroger on Caroline Street in Atlanta, we have 211 distinct choices to ensure efficient and effective clothes-washing. I broke these 211 choices down into 10 key decision criteria categories:

My IT staff is currently working on a database-driven, spreadsheet-based, online questionnaire and evaluation guide. I’ll let you know when it’s available for sale so you can permanently alleviate all of your detergent dilemmas.

The actual, important point here is to realize that making a decision about which laundry detergent to buy is remarkably complex, and that there are indeed 211 options available to meet your requirements.

Now let’s consider politics. Like laundry detergent debates, all major political debates in America are also extremely complex. Think about the following 5 examples and consider the complexity of each one:

Pick one of those issues and jot down some of the factors involved. I takes just a few seconds to identify at least a half-dozen for any one of them. Take a few minutes, or a few hours, or a few days, and you would continue to discover additional relevant factors. You’d also begin to discern patterns and how all the factors interrelate and affect one another; how different sets of factors interrelate and affect one another; and how slight changes in the intensity of any factor or set of factors can dramatically change the intensity and impact of other factors and sets of factors.

There is, however, something way more fascinating in the comparison. While the laundry detergent buying decision process is also extremely complex and difficult, the political decision-making process is astonishingly simple and easy. All you need to do is remember if you’re on the red team or the blue team. From there, just endlessly repeat your team’s sound bites and condemn the stupidity and/or dishonesty and/or hypocrisy of the other team’s sound bites. Piece of cake.

Think I’m exaggerating or over-simplifying? Let’s take a look at the five political issues I mentioned earlier… Democrats know with certainty that the polar ice caps are melting at a furious pace threatening coastal cities worldwides, that we need more sanctuary cities for migrants and refugees, that free health care for all is a human right, that corporate tax cuts benefit only the rich and that Brett Kavanaugh is a sexual predator.

Republicans on the other hand, know with certainty that climate change is a hoax, that stricter border control is necessary to preserve our safety, our economy and our way of life, that corporate tax cuts dramatically stimulated the entire economy – again, and that Democrats cynically executed yet another ruthless, unfounded character assassination.

Allow me to review the 4 things I just proved:

That last point just doesn’t feel quite right though, does it? Can it really true that there are 2 and only 2 possible political decision-making techniques? Reading, watching or listening to the endless stream of news and the related commentary certainly seems to indicate that. More specifically, so did the entire hoo-ha surrounding Brett Kavanaugh’s Supreme Court confirmation process.

But here’s the rub. How could that confirmation process, that embarrassing, hysterical clown circus – with all the hand-wringing, righteous indignation and grandstanding – do anything but induce a wincing cringe from any intelligent, thinking person from either side of the aisle? How can it not make all of us cringe to consider the conclusions intelligent, thinking people all around the world are reaching about we Americans? Especially because we all know it’s only a matter of time before we put on the next performance of the clown circus? Make no mistake…

The recent Supreme Court confirmation process was merely the latest in a long line of disgusting & buffoonish, yet fascinating freak shows put on by our political leaders.

Let’s take a look at few reasons that might be and then think about what we can do about it. Why has the country divided up into 2 teams with a bitter rivalry? I see 5 interrelated causes:

Let’s take a closer look at all 5.

We are tribal by nature – Humans evolved in small clans, and 50,000 years ago, an “us versus them” attitude was vital for survival. If I’m not part of the tribe; if I’m not liked, respected and considered a valuable contributor to the group; then I’m on my own. Before long, I’ll get eaten by a tiger or clubbed on the head by the big guy from the neighboring tribe. We are evolutionarily built to join and be intensely loyal to our own team.

Without heuristics our modern heads would explode – Think of heuristics as mental shortcuts – rules of thumb – educated guesses – common sense. They substantially reduce and at times eliminate the research and thinking we must do to reach a conclusion. For example, all the animals are running away from the big rock by the river. Well… I think I’ll stay the hell away from the big rock too. Let some other fool go check to see if the tiger is there again. I didn’t actually see the tiger, but my heuristic tells me it’s there. Another example – Diane Feinstein says Brett Kavanaugh is a sexual predator, so therefore his is. Or alternatively, Mitch McConnell says Brett Kavanaugh has a decades long, very public record of living an upstanding life of stellar public service, and therefore Dr. Ford mis-remembered what happened.

Be honest with yourself now. How long did it take you to reach a yea or nay conclusion regarding his confirmation? Was it influenced by your party affiliation? How long did it take with the big political issue before that? And the one before that? We have so many issues coming at us at such an incredibly high frequency, we simply must use decision-making shortcuts – heuristics.

For example, let’s say I believe that all women who come forward with an allegation of sexual assault should be believed. Multiple other credible people and the FBI fail to produce corroboration. Therefore rich right-wingers have put up stooges who say it didn’t happen, silenced those who actually could corroborate the allegation and placed severe limitations on the FBI’s ability to thoroughly investigate.

Alternatively, let’s say I believe this man of such impeccable character has been falsely accused. When I hear powerfully compelling testimony from the alleged victim including her 100% certainly, I begin to quote the myriad psychological studies that demonstrate the notorious unreliability of eyewitnesses. Especially regarding events that happened as recently as just a few months in the past. The event in question here happened 36 years ago, so the accurser’s memory is not only incomplete, it’s also faded and distorted. I’d also note that rich left-wingers pretty much own the mainstream media and shovelled buckets of money at their shadowy operatives who orchestrated the whole sordid hoax.

We’re addicted to the circus – Say and think what you will about the mainstream media and the 2 major parties, they are, in fact, really, really good at presenting a compelling case. The intense, unrelenting competition has them working hard at getting better each and every day. They are masters at pressing our buttons, appealing to our instincts and triggering our outrage.

Just for fun, pick a TV news show and count the number of dopamine hits your body delivers for each 7-minute segment. Agreement and disagreement both tigger that dopamine-induced pleasure. Extremes and greater contrast between the good guys and the bad guys increases the volume and intensity of the dopamine hit. The news show producers and politicians know this and use it incredibly effectively. We’re addicted. Literally.

Our 2-party system is stubbornly stable – A discussion of why this is so would take a whole lot of explaining, so I won’t get into it. Suffice it to say that results speak for themselves. The Democrats and Republicans not only run the show, they are the show. In the Senate, 100% of the seats are occupied by a member of 1 of those 2 parties. (Side note:  I count Bernie Sanders as a Democrat based on his statement during the 2016 primary race; “Of course I am a Democrat.”)

In the House of Representatives, as of today only, 7 seats are not occupied by a member of 1 of those 2 parties, and those 7 seats are vacant! Odds that an Independent or member of some other party will win one of those seats? Pretty much 0%. Even if all 7 did go that way, it would only be a whopping 1.6% of the House.

As I said, the Democrats and Republicans not only run the show, they are the show. Together they control all the political power, and therefore virtually all of the political money. Those 2 parties are each 800 pound gorillas. Neither wants any more competition then they have now. Together, they are massively incented to squash any 3rd party movement because that would siphon off a bit of what they consider to be exclusively their money and power. A meaningful 3rd party ain’t gonna’ happen any time soon. Barring a miracle or a catastrophe, our 2 party system is here to stay.

So what can we do?

It’s actually pretty simple. We all just need to be constantly aware of the power of our lizard brain. (OK, technically it’s called the hindbrain, but I like the term lizard brain because it’s more descriptively accurate and way more fun! Also, lizards literally do have the same physical structure.) It controls our basic, automatic physiological processes and does so without the intervention of the forebrain. That’s the most highly evolved part of the brain, and handles higher-level functions like intelligent thinking, planning and decision making.

The lizard brain is responsible for what we just discussed; for our tribal nature, for our use of heuristics, for confirmation bias and for addiction. Politicians and media are in the business of manipulating us for their own personal gain and they’re very, very good at it. They work in the context of our 2-party system and bombard our lizard brains with exactly what our lizard brains crave.

All of our lizard brains really do think the score is Laundry Detergent 211, Politics 2. But we also all have forebrains. And it only takes a little bit of actual intelligent thinking to see through the circus act put on by politicians and the media. If enough of us use our forebrains often enough, they’ll respond. We can force them to rise above their own lizard level. To think deeply themselves. And use the media to distribute thoughtful, intellectual content vs. hysterical descriptions of the current clown circus.

I’m your Intentionally Vicarious host, Todd Youngblood – sick and tired of being regularly insulted by politicians and the media who speak only to my lizard brain – and having more fun than anyone else I know.