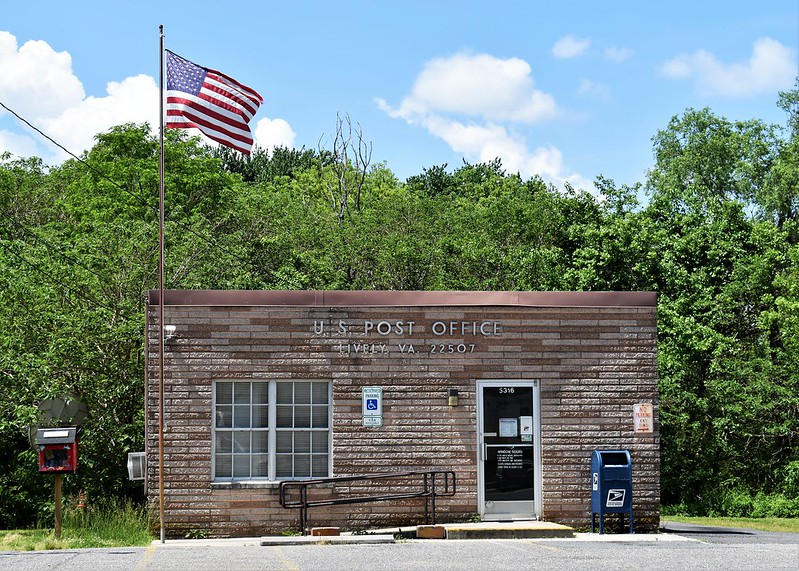 Seems like I touched a few nerves with my “Whither the Post Office” episode a couple of weeks ago. Enough so that I feel compelled to respond to a few things that emerged as objections to my perspective. I’m especially compelled because two good friends from my youth pretty much torched my views on a few of the issues I addressed. They let me know they think my thoughts are totally wrong-headed. Touché!

As a preamble, I’ll reiterate the guts of my case to sell off the U.S. Postal Service in pieces to the highest bidders. The fact is, 17 of 18 items, 95% of what the USPS delivers to residences, is junk mail. It’s literally garbage! Find me a rational human who thinks that makes any sense at all in any imaginable universe, especially considering:

Let’s call a spade a spade… It’s monumentally stupid! Our tax dollars are funding the production, distribution and disposal of garbage. Brilliant! Oh, and we’re also subsidizIng the advertising budgets of private companies to assist in this carnage. Check out the “Whither The Post Office” episode to review the rest of my original rant.

Now to address the push-back:

From my buddy Gery and others:  “The postal service receives no tax dollars for operating expenses.”

To put it bluntly, saying, “the postal service receives no tax dollars for operating expenses,” is buying bullshit propagated by Congress. Their accounting shenanigans are truly – stupendously – outrageous. If the federal government didn’t cover the $77 Billion Post Office loss over the last 14 years, who did? Santa Claus? The Tooth Fairy?

Make no mistake, we taxpayers are absolutely on the hook for all 77 Billion of those dollars!

It’s true enough that not a penny for the USPS ever showed up on any federal budget. Does that mean we taxpayers are not liable? No. Not on your life. Through the magic of creative accounting, that $77 Billion loss got thrown into the “Unfunded Liability” bucket. That imaginary bucket of imaginary cash Congress and the feds dreamed up to cover things like Social Security, Medicare, Federal Employee Pension Plans and, oh by the way, Principle and Interest on the $23 Trillion Federal Debt!

I’ll say this for the Post Office… The loan guarantees they got from the feds are a drop in the bucket compared to the massive, total of $270 Trillion worth of unfunded federal government liabilities. Still… And sorry to be repetitive… It’s all, totally pure accounting shenanigans. To say “the postal service receives no tax dollars for operating expenses” is buying bullshit propagated by Congress. It just ain’t so! We taxpayers are on the hook!

Several folks admitted that, “There hasn’t been much profit in the last few years.” Now that’s an understatement! I know I’m repeating myself, but that’s not how I would characterize a loss of $66 billion over the last decade, and $77 Billion over the last 14 years! The last profitable year for the USPS was in 2006. That’s been followed by 13 consecutive years of multi-BILLION dollar losses!

Here’s another common comment on the original episode:  “Believe me, if it was up to the USPS they would eliminate the junk mail and concentrate on the profitable sectors of the service.”

I am in violent agreement with that statement! I cast exactly ZERO aspersions on the management or employees of the USPS. The stupidity is driven and mandated by their “ Board of Directors,” aka Congress.

Yet another comment objecting to my suggestion of breaking up the Post Office and selling off the parts to the highest bidder:  Do so and “there will also be 600,000 unemployed people in the country.”

Really? All 600,000+ of the current USPS employees go unemployed if the postal service is privatized? Let’s think this through…

First let’s assume that every single one of the current USPS employees is an intelligent, functional, honest, hard-working citizen. (…a valid assumption, I’d say.) How many of them would be outraged and/or embarrassed to learn that they and their salaries are part of a federal government welfare program? MAKE NO MISTAKE… A government program that consistently loses money as a means to provide jobs is a welfare program.

Personally – and maybe I’m an anomaly – but I’d be profoundly embarrassed to know that I was compensated via a government welfare program. How would you feel? Let’s say 10%, 60,000, would be uncomfortable like me about “being on the dole,” quit and find other employment.

Next… There are indeed profitable business segments within the USPS that could be sold to private industry. That would generate cash to pay back some of the debt – those “Unfunded Liabilities” – to taxpayers AND more importantly, the employees of these segments would keep their jobs and get their paycheck from some private entity instead of the federal government. That would be at least 300,000, almost certainly substantially more.

Next… Currently in the manufacturing industry, there are about 250,000 job openings going unfilled due to lack of requisite skills. There are literally hundreds of thousands of additional, similar unfilled job openings in the many other industries within our economy. Personally, I’d be totally in support of diverting this year’s $10 Billion USPS loss into retraining a quarter of a million or so former postal workers into lucrative, productive, long-term careers, than to pay a tax to fund a welfare program for them. Hell, let’s sink $20 Billion into that program!

The only folks thrown into unemployment by privatizing the USPS are those too lazy and/or stupid to take advantage of a taxpayer-funded retraining program or to just suck it up, bear down, and find a job on their own.

My pal Robin reflected the sentiment of quite a few others about breaking up and selling off the parts of the Post Office by adding; “Classic unscrupulous act. Such people don’t care about hundreds of thousands of employees’ and retirees’ families.”

At the risk of beating a point to death…  The “classic unscrupulous act” is being perpetrated by Congress. They’re shoveling billions of taxpayer dollars into the USPS whose main task is to deliver trash to our homes. Then they use complex, convoluted, bullshit accounting fantasies to say that it costs taxpayers nothing. They’re spending taxpayer money – to them, other people’s money – to deliver garbage to our homes, damage our environment, waste precious energy resources and blow smoke up our butts about why we should re-elect them. Tell me… Tell me how helping someone get off the dole – off a government welfare program – with education for a new career is in any way, shape or form unscrupulous.

And now, a few final questions to ponder… What percentage of the Environmental Protection Agency’s budget is deployed to clean up the environmental damage funded and perpetrated by the USPS? Where the hell is the Green New Deal crowd? Why aren’t they clamoring to shut this pollution-generating machine down?

I’m your Intentionally Vicarious host Todd Youngblood – Delighted that some of the great good buddies of my youth were motivated to action by my Intentionally Vicarious podcast – Ever more outraged at the stupidly wasteful actions, inactions and deceptions of Congress – Hoping (and believing in my heart) that my old buddies don’t think I’m a thoughtless, heartless jerk and run me out of Quakertown next time I visit – And therefore I’m still having more fun than anyone else I know.