What should be done about American inequality and the 1%? If you were Commander of the World, what would you do about those Americans whose income is greater than 99% of all the rest? 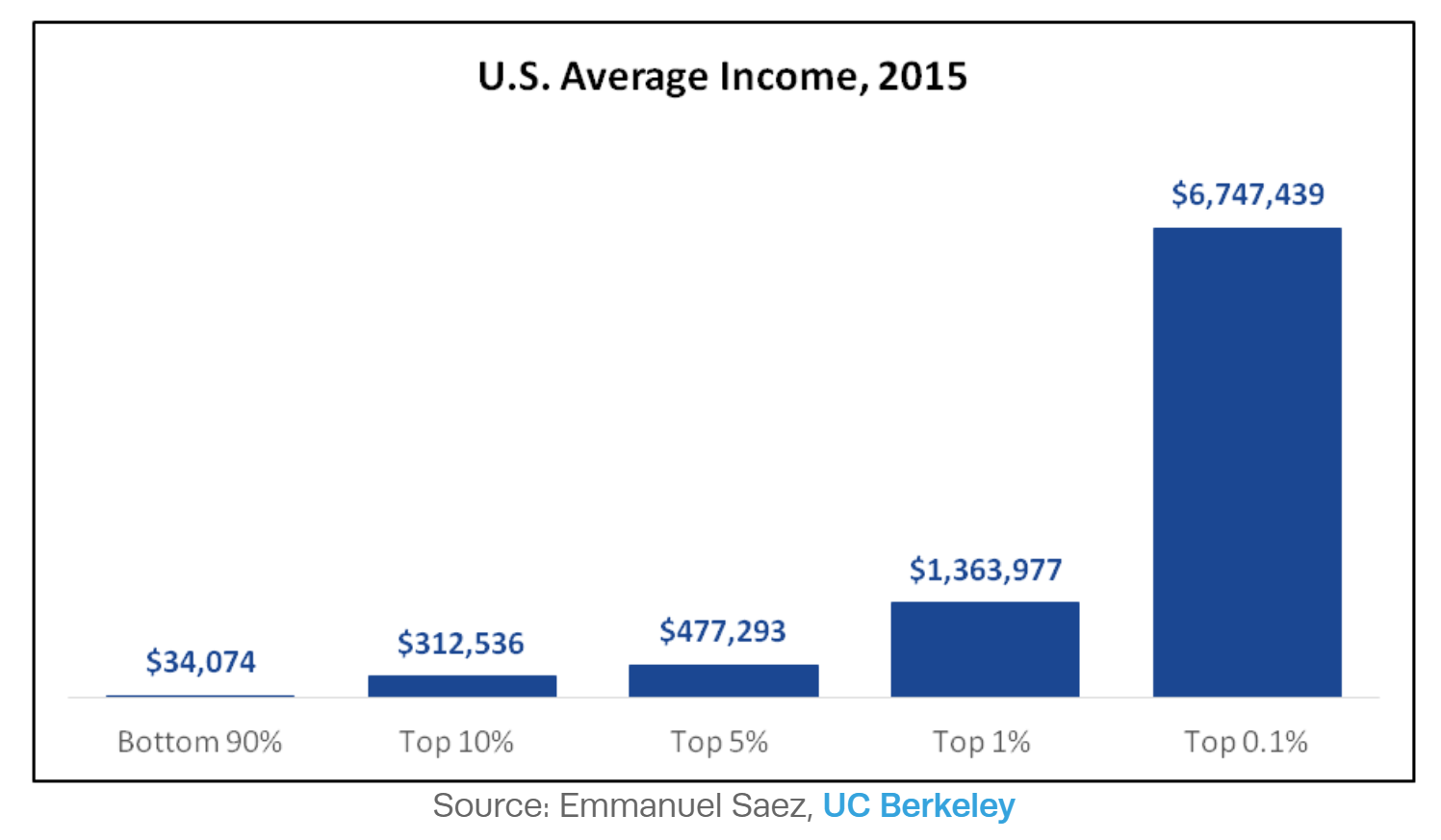 Let’s, for a minute, assume that you actually are the current Commander of the World, and you just got back from an Occupy Wall Street rally. You were moved and touched by the driving philosophy of the movement. As the Occupy Wall Street website puts it, “We Are The 99% that will no longer tolerate the greed and corruption of the 1%.” You as Commander decide that a tax hike is in order. You further decide and then decree:

Now let’s think about how most people would react to each of your three decrees. Think about the reaction to decree #1. Since virtually everyone is on the plus side of the deal, virtually everyone will go along. You as The Commander will be hailed as hero by a 99% margin. When the 1%ers complain, we’ll all weep in sympathy that they’ll need to struggle and scrape by on only $900K a year. We’ll tell them to take their sob story about totally torpedoing investment in establishing new businesses and growing existing ones, and stick it where the sun don’t shine.

How about decree #3? Might as well be egalitarian about it. Egalitarian is what the Occupy movement is all about. Split it all up evenly. It’s simple. It fair. It very democratic. And the bottom 10% is getting an 80% raise! OK, let’s go with that.

And you know what? The 10%ers are are not so thrilled about what the 5%ers get. Those 5%ers don’t need the money! They’re making half again what the 10%ers are making.

And wow, those 90%ers – the ones who feel they’re really getting screwed by the American economic system – are sure to get louder and louder. They are that vast majority who by the accident of their birth are stuck at the bottom of the barrel. They’ll keep pounding on that “accident of birth” theme. “None of us chooses the family we’re born into.” Why should “they” get more than “us” simply by being born to the right parents?

But wait! Have we really considered all the angles?

Want some more hard data to make a better decision? Surf on over to The Global Rich List. On that site you enter an income level, click the “Show my results” button and get some interesting insights… Frankly, some pretty staggering insights – especially  on this “accident of birth” thing and what it really means to be a 1%er.

If your annual income exceeds $32,400, you are earning more than 99% of the rest of the people on earth.

So, Commander of the World, what are you going to do now?

Can’t get that last fact out of your head, can you? 99% of Americans are wealthier than 7.4 billion other people! Essentially ALL Americans are 1%ers! And how about this perspective???

Look… My point in this episode is simply to challenge the assumption that government-controlled redistribution of income and wealth is a moral imperative. That, in fact, government-controlled redistribution of income and wealth carried to the extreme I just noted, would set the world back a dozen or so centuries.

So seriously, what should we do? Should we go with government-controlled redistribution of a not-so-extreme amount of income and wealth? That way we wouldn’t totally devastate the world economy. Maybe it would set us back only a few centuries.

Or should we go with government-controlled redistribution of some smaller amount of income and wealth? That way we’d devastate a smaller amount of the world economy. Maybe that would set us back only 50-60 years.

Or should we totally scrap government-controlled redistribution of income and wealth? Maybe that’s the best path to continuing the truly astonishing advances in world-wide standard of living in the last century that I addressed in the “You don’t know how good you have it!” episode?

Look… I for sure don’t have all the answers. But I do have questions. And I do have opinions. And I do think and write about it more than most. Personally, I’m convinced that innovation is the key to continuously and relentlessly improving global standards of living. I won’t completely reject the notion of redistributing some wealth, but I will insist that a focus on innovation can and will have an enormously greater positive impact.

Take a look at a few other episodes like Why You Need To Be Intentionally Vicarious, I, Pencil, Me??? A Socialist??? and Thoughts On Working to Reduce Income & Wealth Inequality, and think through where you see me as right and where you see me as wrong. Maybe something brilliant will pop out from that effort.

I’m your Intentionally Vicarious host, Todd Youngblood – still redistributing my own income and wealth as I personally see fit – still working on becoming a better person – and still having more fun than anyone else I know.