(Editor’s Note:  Thank you to subscriber Sara B. for pointing us to the notion of a “10th Amendment Commission.”) 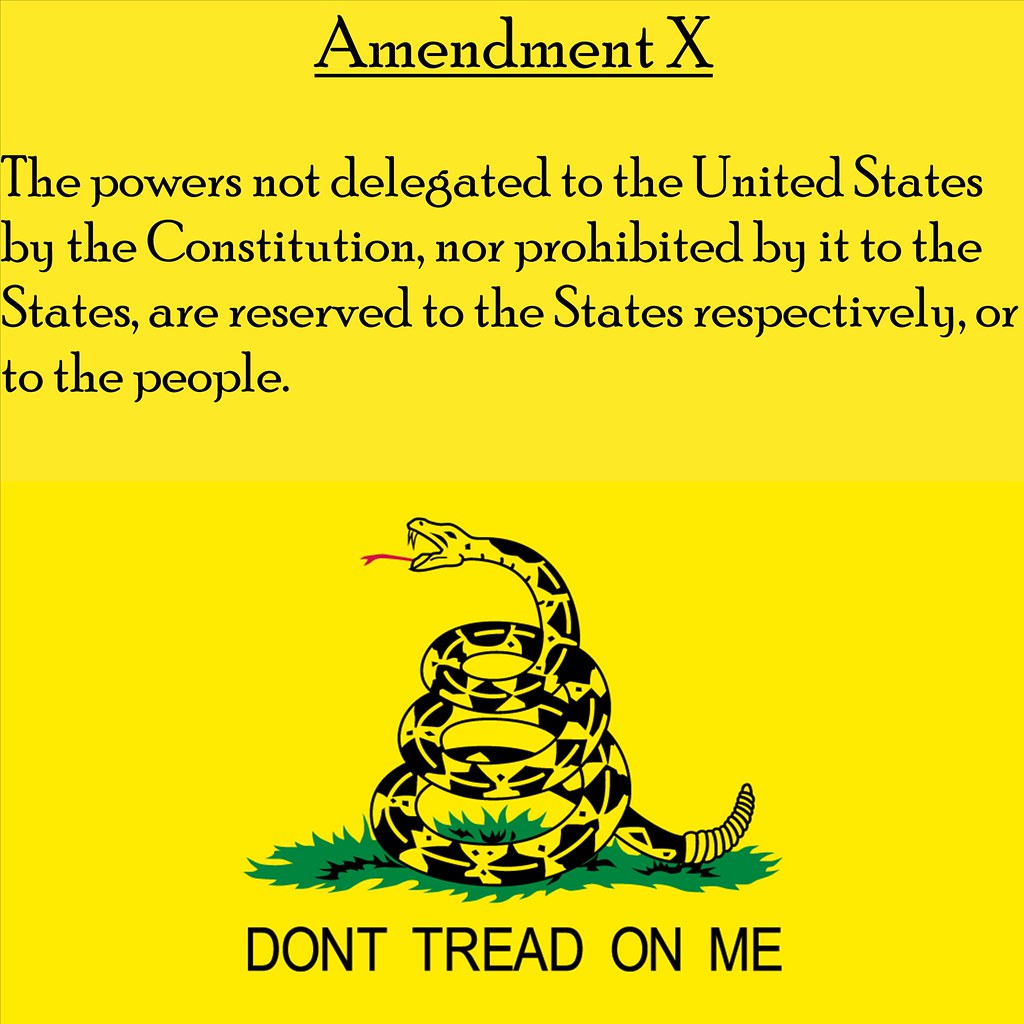 Remember the metaphor with the frog and the boiling water? You know it. Throw a live frog into a bucket of boiling water, and the frog will instantaneously fight like hell to jump out as quickly as possible. Put the same frog into the same bucket freshly filled with nice cool water from the frog’s home pond, and he’s happy. Then… Slowly, V-E-R-Y S-L-O-W-L-Y increase the temperature, and the frog does-not-notice. He’s just gets cooked.

Ta Da!!! The federal government is now VASTLY bigger and more powerful than any of the Founding Fathers intended or could have possibly imagined. And it’s still growing!

Now you may well disagree with me. There are in fact many of my fellow citizens who believe the size of the federal government is just fine, and are also actively advocating for an expanded federal government role in achieving countless additional objectives. OK, fair enough. We can certainly disagree about any given federal government role, responsibility or regulation. We cannot disagree, however, that unconstitutional things are bad things.

So how much of what the Federal government is doing is unconstitutional?

Now there’s a loaded question… Have you ever seriously considered it? Or do you – like me – typically assume that the Supreme Court and the rest of the Federal Judiciary ensures we’re on the straight and narrow path Constitution-wise? That they have avoided any and all questionable, flawed or downright wrong decisions over the last 2 centuries?

Those folks are the constitutional experts and scholars, right? You’re almost certainly not a constitutional expert and scholar. I most certainly am not. But then again, we can all exercise the Intentionally Vicarious strategy of exploring, questioning, learning and thinking. We can all reach our own conclusions of what the Constitution says and means. We just might conclude that at least some of the legal precedents set over the last 200+ years are not correct.

Personally, I’m totally convinced that quite a few of the legal precedents set over the last 200+ years are not correct, and therefore not constitutional.

Precedents have been set based upon phrases and clauses in the Constitution whose definitions are debatable. Here are a just a few of the BIG questions that leave me scratching my head and wondering if somebody – like me or you, for example – ought to do something about it:”

Let’s start with the General Welfare clause which reads in part, “The Congress shall have Power To… …provide for the common Defence and general Welfare of the United States…”. What is the true meaning of this clause?

Does this mean the federal government has the constitutional authority to do anything imaginable as long as it “promotes the general welfare?” Well, it hasn’t become euphemistically known as the “Tax and Spend” clause for nothing! It’s been regularly used by Congress throughout our history to tax and borrow and spend for all manner of stuff.

But doesn’t a broad and expansive definition of “promote the general welfare” directly contradict the extremely clear intent of the Founders to limit the powers of the federal government to a list of “few and defined” items? James Madison and Thomas Jefferson “repeatedly argued that the power to tax and spend did not confer upon Congress the right to do whatever it thought to be in the best interest of the nation, but only to further the ends specifically enumerated elsewhere in the Constitution.” (From “Enough Is Enough: Why General Welfare Limits Spending by John C. Eastman.)

I’m thinking that a serious study and analysis of the Constitutional definition of “General Welfare” is in order. The conclusions should be based on logical and textual analysis and historical evidence, not court precedent. Those precedents just might be based on questionable, flawed or downright wrong logic.

Next, let’s consider the Commerce Clause which reads, “To regulate Commerce with foreign Nations, and among the several States, and with the Indian Tribes.” Supreme Court Justice Clarence Thomas has commented that the Court’s traditional, very expansive interpretation of “Commerce” results in the federal government having “no meaningful limits.” No meaningful limits? Hmmmmmm… What if he’s right?

(Source:  “Commerce, Commerce, Everywhere: The Uses and Abuses of the Commerce Clause” by David Forte.)

Quite a broad range of definitions there! So which is right? In practice, it’s #6. As Justice Thomas stated, there are “no meaningful limits.” James Madison himself wrote that the commerce clause was not intended as “a power to be used for the positive purposes of the General Government.”

I’m thinking that a serious study and analysis of the Constitutional definition of “Commerce” is in order. The conclusions should be based on logical and textual analysis and historical evidence, not court precedent. Those precedents just might be based on questionable, flawed or downright wrong logic.

Which brings me to my final “true meaning” question. What is the true meaning of the “Necessary & Proper” clause which reads, “To make all Laws which shall be necessary and proper for carrying into Execution the foregoing Powers, and all other Powers vested by this Constitution in the Government of the United States, or in any Department or Officer thereof.”

Is this, as many have and still do assert, a “sweeping” or “elastic” clause? One intended to give the federal government power to do just about anything? Or is it merely a “recital?” According to The Law Dictionary, a recital is a “formal statement or setting forth of some matter of fact, in any deed or writing, in order to explain the reasons upon which the transaction is founded.” In other words, a recital has no substantive legal effect; it merely points to underlying assumptions and/or facts.

In practice, the Necessary & Proper clause has been and is treated as “sweeping.” It has literally been used as the constitutional justification for the vast majority of federal laws that exist today. Alexander Hamilton and James Madison, among others however, leaned to the “recital” end of the scale. As per Madison, “It is not a grant of new powers to Congress.” So which perspective is correct?

I’m thinking that a serious study and analysis of the Constitutional definition of “Necessary and Proper” is in order. The conclusions should be based on logical and textual analysis and historical evidence, not court precedent. Those precedents just might be based on questionable, flawed or downright wrong logic.

So to reiterate… Based on these and other phrases and clauses in the Constitution, the federal government has grown into the behemoth it is today. How much of that growth is due to legal precedents based on flawed interpretations of those phrases and clauses. Great question. I have no idea.

The fact that I have no idea how much federal government growth is due to legal precedents based on flawed interpretations of constitutional phrases and clauses, is precisely what leads me to conclude that a serious study and analysis of them is in order.

This is where the notion of the 10th Amendment Commission comes in.

Each state could – should in my opinion – set one up. Model legislation already exists that lays out not only a suggested composition for such a commission, but also its roles and responsibilities.  For example, “Such commission shall be empowered to review the constitutionality of current or proposed federal legislation, regulations, practices, rules, decisions or other actions, and if it finds such actions to be unconstitutional, to issue an edict, with the force of law, requiring that no state or local officials, employees, or contractors cooperate in the enforcement of such usurpation, and urging state citizens to also refuse to cooperate.”

How’s that for some food for thought?

I’m your Intentionally Vicarious host Todd Youngblood; Deeply concerned about the size and growth rate of the federal government; Even more concerned about the continuing centralization of power into Washington, DC; Energized by the possibilities of a 10th Amendment Commission in each of the 50 states and the subsequent beefing up our system of governmental checks and balances. And still having more fun than anyone else I know.